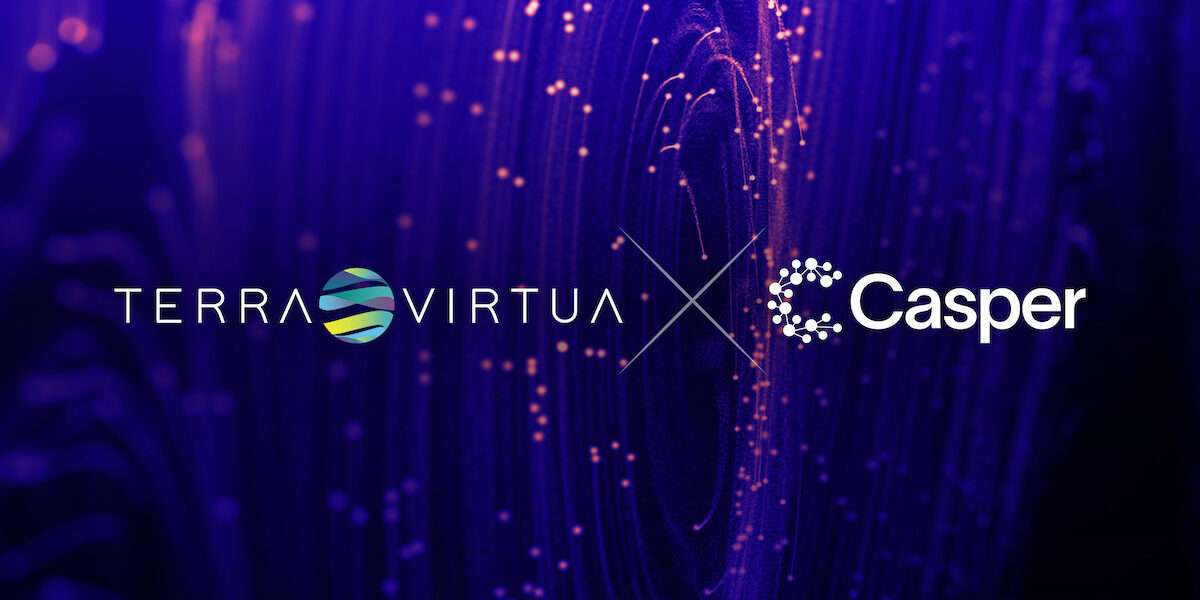 CasperLabs, the company building the first blockchain geared towards enterprise adoption, has partnered with Terra Virtua, an immersive digital collectible platform. Terra Virtua will use the Casper Network blockchain to offer its users verified authentication of physical assets.

Terra Virtua has emerged as one of the platforms leading the rapidly-growing NFT sector, offering its users seamless NFT purchases through its digital marketplace. Digital asset collectors on its platform can display and interact with their virtual goods in augmented reality. It’s also working on virtual reality capabilities which it intends to launch soon.

This has seen it partner with some of the world’s leading brands, including Legendary Entertainment and Paramount Studios. It recently teamed up with Nick Percival, the renowned horror comic book artist as it continues to push the boundaries of digital collectibles and entertainment.

Today we are pleased to announce #CasperLabs is partnering with Terra Virtua, an entertainment-focused collectibles platform that works with the likes of Paramount Studios, Big Immersive, Legendary Entertainment and others.https://t.co/WpCj34VOS8

Terra Virtua will now leverage the Casper Network to add a layer of trust for its users. The network launched on March 31, offering smart contract support, weighted key management, predictable gas fees and other great features.

Commenting on the partnership, the company’s CTO and co-founder Jawad Ashraf stated:

We are looking forward to working with CasperLabs to leverage NFTs in terms of authentication. This is a truly untapped global market and we are working closely with the Casper team to launch some great solutions.

The latest partnership builds on CasperLabs’ continued efforts to make the Casper Network the world’s leading enterprise blockchain. A week ago, it announced that it had partnered with ThreeFold, a peer-to-peer Internet platform. The company allows users to deploy Web3 applications seamlessly in a private and decentralized manner.

In February, the company revealed that it would join China’s Blockchain Service Network as a blockchain partner. The Casper Network became available to BSN’s global network of developers in early April after its mainnet launch.

Mrinal Manohar, the CEO and co-founder of CasperLabs has previously pledged his commitment to ensuring more global organizations can leverage blockchain technology.

The CasperLabs team is committed to providing professional services and support to the growing number of enterprise organizations that are gravitating to blockchain technology to unlock value from existing assets, like contracts. We look forward to helping promote the continued adoption of this important public technology across global markets.