In the October update on the development progress of Cardano, Input Output Hong Kong (IOHK) has finally revealed the secret of the roadmap for Goguen and announced concrete dates for the delivery of the individual components. After the successful launch of the Shelley era, Goguen is considered to be possibly the most important step for Cardano to become a real challenger for Ethereum.

Goguen offers the ability to create smart contracts, decentralized applications and other features, including native tokens. Thus, there is a shift from a pure transactional focus to a smart contract platform that enables partnerships and commercial applications of Cardano by enterprises.

According to the plan presented, the roadmap or the individual work steps for Goguen are extremely complex and extensive, with most components to be delivered and implemented on mainnet by the end of February 2021. 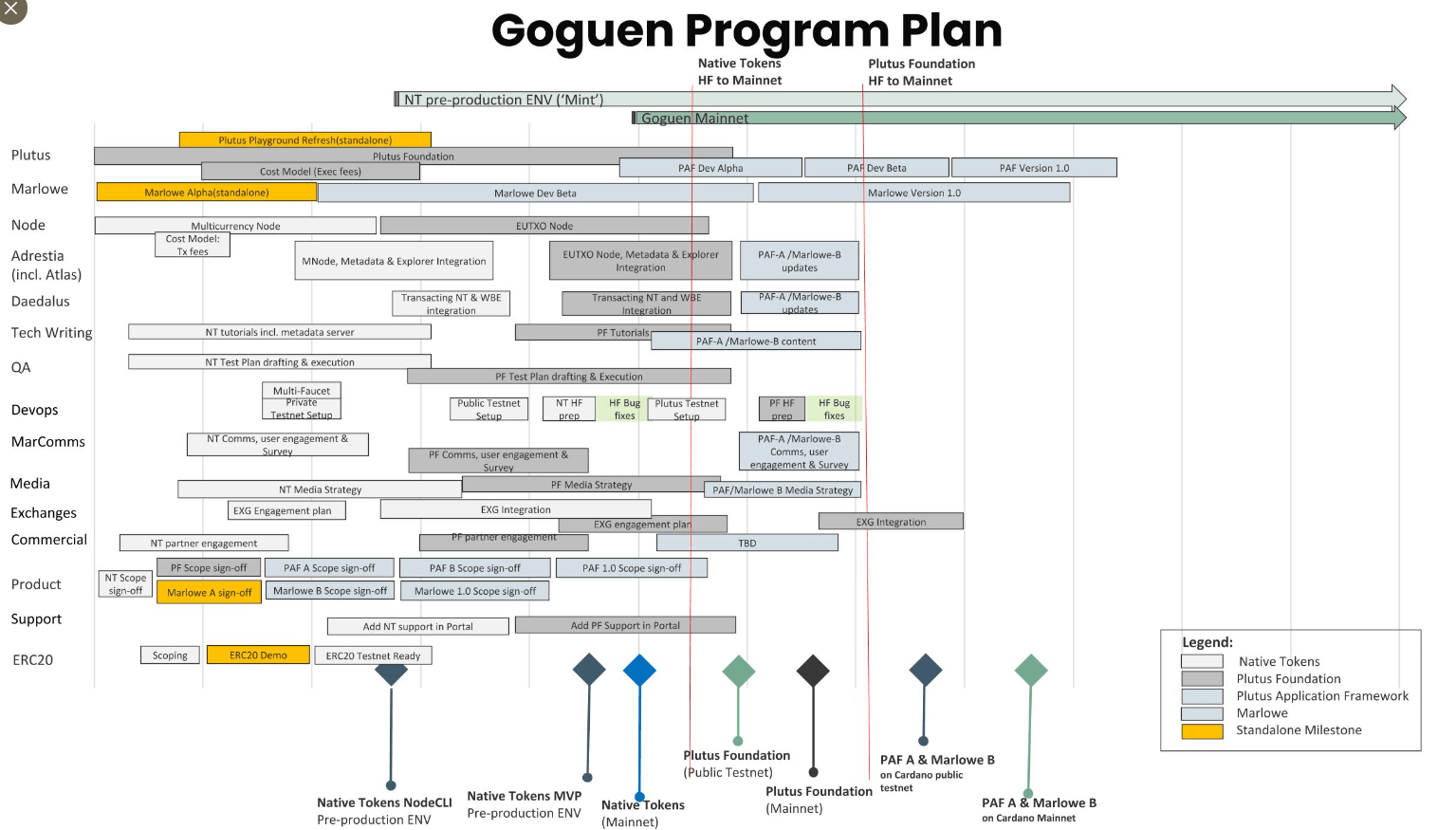 One focus during the presentation was clearly on the ERC20 token converter. With this, projects and tokens on Ethereum can be ported to Cardano. By means of the following overview IOHK also showed a dedicated roadmap for the native token standard of Cardano.

Accordingly, a “pre-production environment” will be set up in mid-December, which will allow internal testing of the ERC20 converter for the first time. According to the roadmap, an MVP (Minimum Viable Product) of the native token standard should appear in the test environment before February 2021. 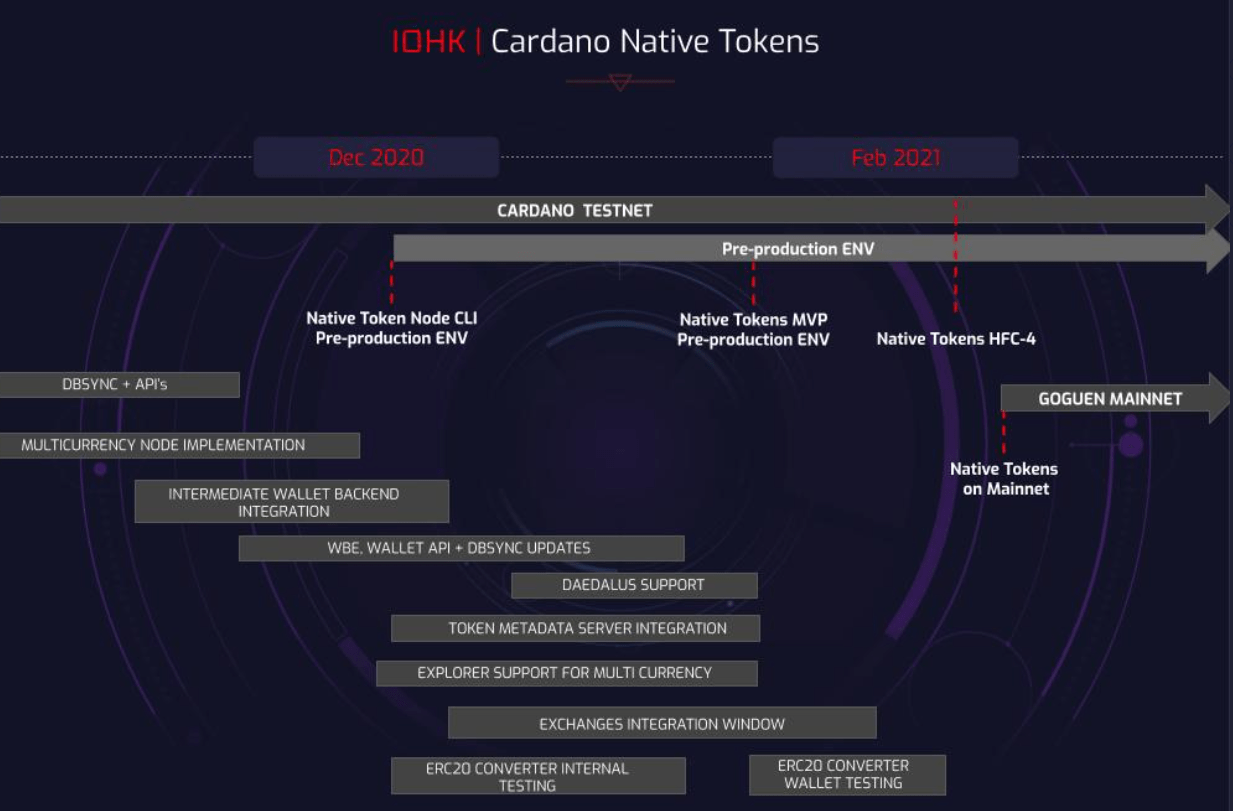 During the stream IOHK also showed a live demo of the ERC20 converter for the first time. Vukašin Vukoje, former COO of Tenderly, showed options for the migration of BAT, DAI, AGI, USDC and USDT and explained the options of the converter:

With regard to the native token standard, Vukoje also emphasized that Cardano’s version will be superior to Ethereum’s standard in many ways. In particular, he emphasized that any asset issued on Cardano will be treated in the same way as ADA itself, in contrast to Ethereum blockchain, where ether will be given preferential treatment.

As can be seen in the following comparison table, Cardano’s native tokens are anchored on the ledger itself, and not just in a smart contract that is “copied” by developers. Furthermore, the “transfer logic” is provided by the Cardano blockchain itself. Moreover, there are no separate transaction fees for sending Cardano based tokens. 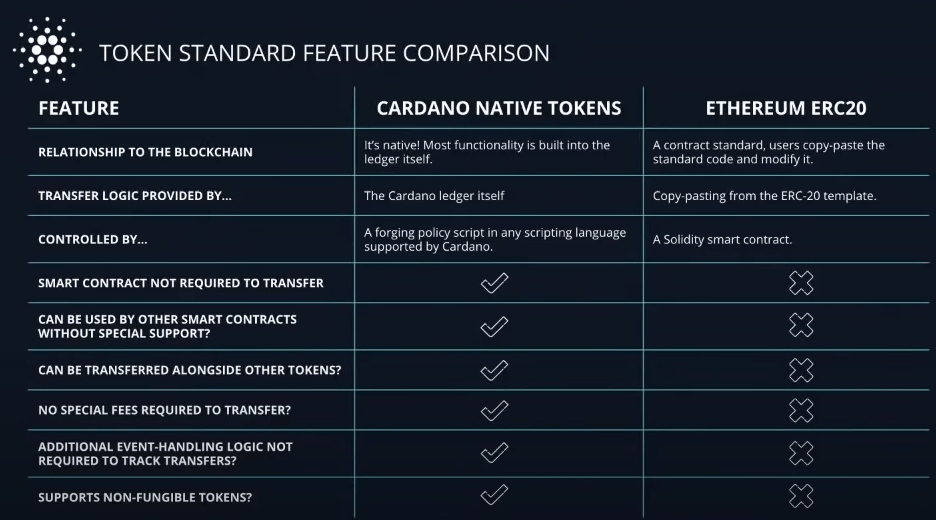