Since the end of March, Cardano (ADA) began to recover from “Black Thursday” faster than every other cryptocurrency. At the time of writing, Cardano has the best weekly and monthly performance within the top 10 by market cap. The announcement for Shelley and the success of the testnets confirming that the requirements for mainnet deployment have been met, have created a hype for Cardano that has had a visibly positive impact on the price in recent weeks.

ADA is priced at $0.081 with gains of 1.03% in the last 24 hours. In the weekly and monthly charts, Cardano shows a plus of 5.01% and 49.35% respectively. In the top 10, only Ethereum approaches Cardano with a double-digit yield in the monthly chart of 17.32%. By comparison, the fourth largest cryptocurrency by market capitalization, XRP, presents losses of 4.50% and Bitcoin SV has losses of 8.02 in the same period.

The ADA price has managed to reach the level it had a year ago, but Cardano’s indicators show that its outlook could be bearish. In the last 24 hours, Cardano’s trading volume has further dropped by 13.65% according to data from Nomics.

Along with the above, data from Coinalyze shows that the trading volume of Cardano futures has been declining since the beginning of June. In that period, ADA has remained stagnant in the range of $0.078 to $0.082. As it was rejected before breaking through the significant $0.083 resistance, investors seem to have lost interest causing the drop in trading volume mentioned above and the drop in the futures trading volume, as can be seen below. 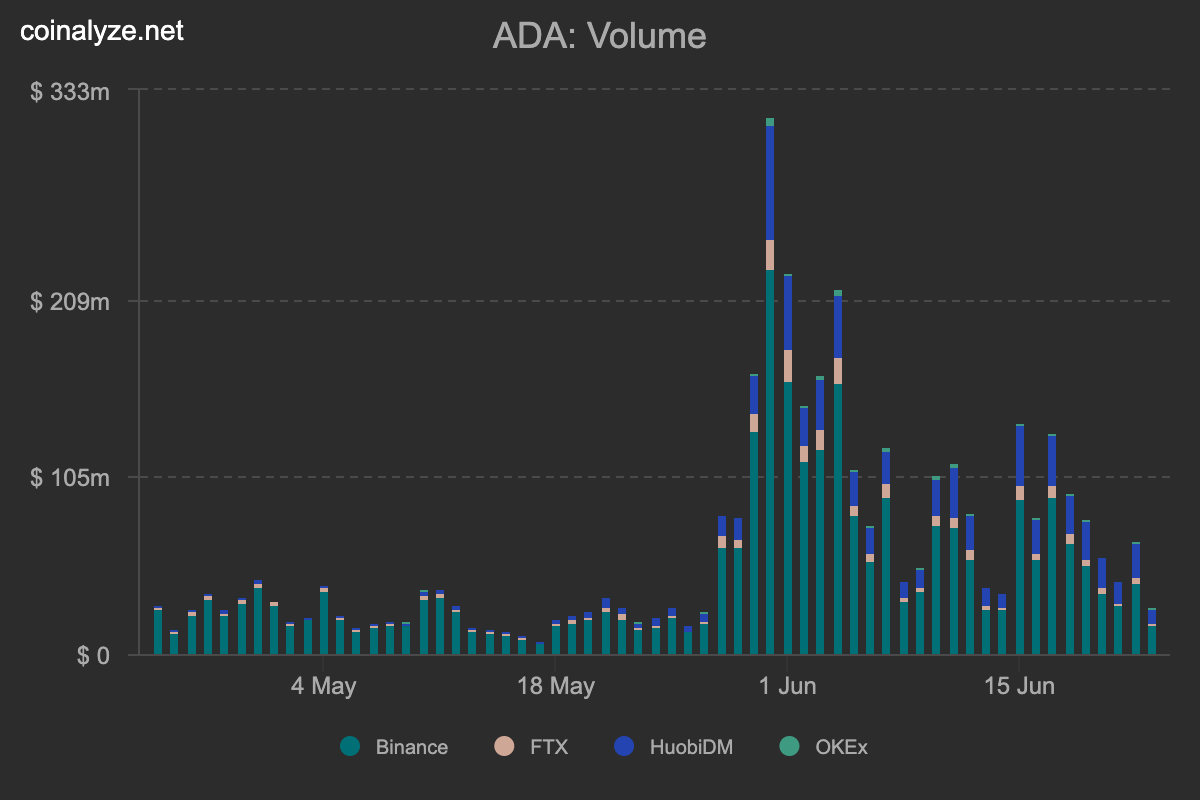 As can be seen in the graph below, the drop in the number of new and active addresses occurred despite the stability in ADA’s price. Furthermore, in the last 7 days active addresses have shown a drop of 26.09% and new addresses a drop of 26.27%. However, investor interest and hype may return when Shelley is released. The release of Shelley is set in almost one week, on June 29th.