After the deployment of the Byron Reboot in early April, Cardano is moving swiftly into the next era of his roadmap, Shelley. The company behind Cardano’s development, Input Output Hong Kong (IOHK), has defined May 11 as the beginning of the transition phase to the Shelley mainnet. The transition will be achieved through a series of Haskell testnet’s.

According to IOHK, once the transition phase is completed, Cardano will be transformed from a “static” and federated system into a dynamic and completely decentralized blockchain. For that, the transition phase will end with a hard fork and culminate with the launch of Shelley. 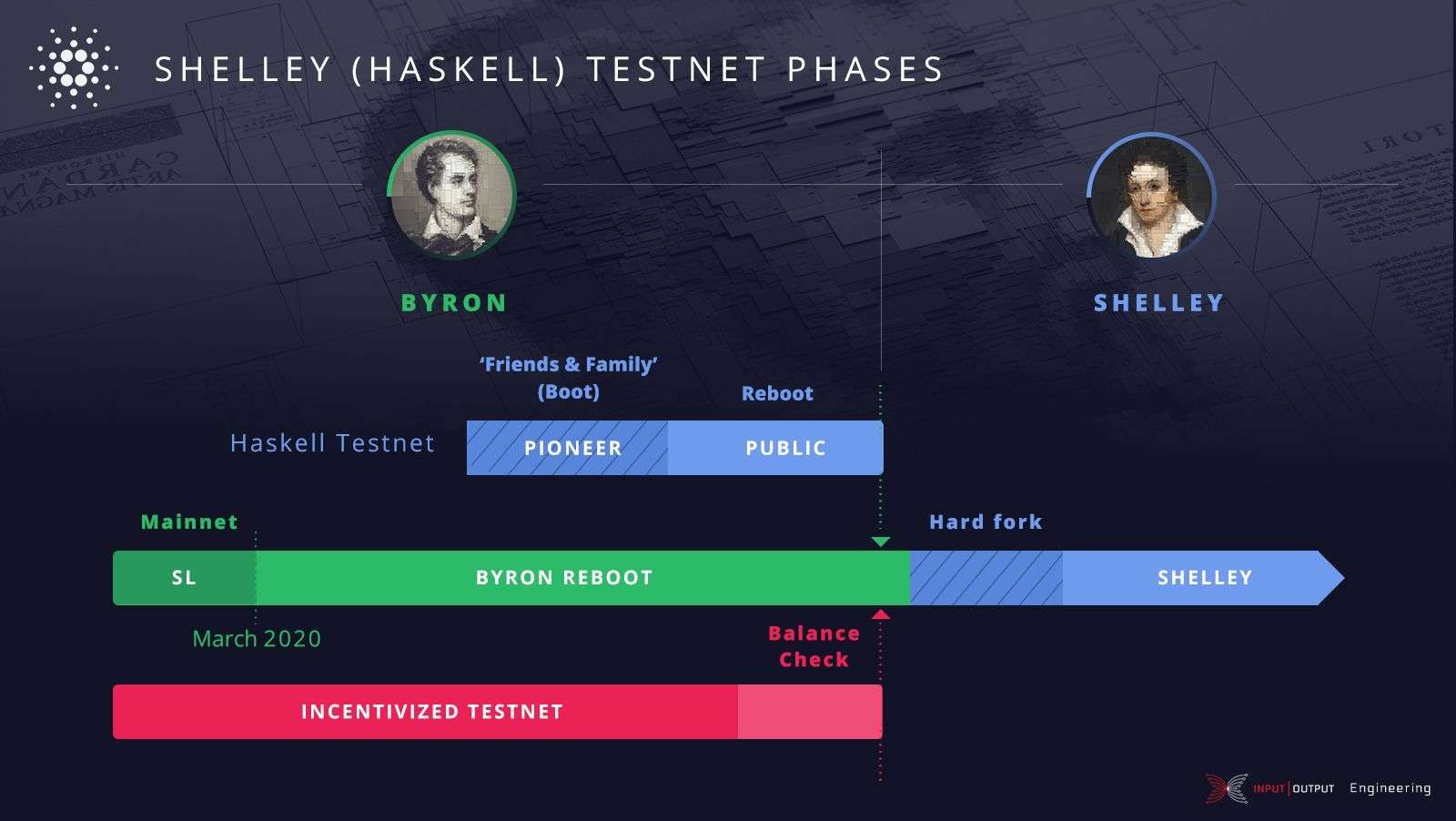 According to an IOHK publication, stake pool operators and ADA holders will notice that the Haskell based testnets will be different from the Incentivized Testnet (ITN). The Haskell tesnet has a different objective and was therefore created with a different focus than the ITN:

The ITN was designed to give stake pool operators experience in building their critical infrastructure, while allowing IOHK’s engineers to test the new incentive mechanisms with real ada, delegated by actual ada holders. The Haskell Shelley testnet is about ensuring that the Shelley mainnet is calibrated to be a best-in-class experience from day one. Unlike the ITN, the Haskell Shelley testnet will not involve ‘regular’ ada holders: the testnet will not be incentivized.

In addition, the duration of each phase will be reduced so that they last for weeks, rather than months. By the testnets, all the components of Cardano will be tested, from the operation of the Daedalus wallet, the explorer and others. Furthermore, there will be a faucet which ADA holders will be able to test the components and offer feedback, but there will be no “real ADA” rewards, according to IOHK:

The Shelley experience will roll out within clearly defined phases. The first three phases will involve exploring and testing the new Shelley capabilities and moving to a situation where we are ready for full Shelley mainnet deployment.

As reported by CNF, the first phase will the “Friends and Family Network”. This phase will be available by invitation only and will make Shelley publicly accessible to a small circle for the first time. About 20 pool operators will be invited and will be called “pioneers”. In this phase, the pioneers will test specific functionalities and explore the capabilities of the Haskell Shelley technology. The IOHK team hopes to invite more pioneers once more features are added and the reliability of the testnet is verified:

In this ‘closed alpha’ testing phase, IOHK will focus on tuning system parameters such as the saturation threshold, network resilience, and decentralization. Furthermore, IOHK’s engineers will see the Ouroboros Praos consensus mechanism working outside of simulation.

The findings of the Haskell Shelley testnet will be shared with the Cardano community. The following phase will be available for the public, although the IOHK has not specified when this will occur. However, IOHK stated that in each phase, importance and emphasis will be given to the community, its training and collaboration:

Decentralization of knowledge is just as important as decentralization of the platform. Pioneer participants in the alpha testnet will provide crucial support in advising the remaining stake pool operators on configuration and use of the Shelley system.

Finally, the last phase before Shelley’s deployment will be the balance check phase. In this phase, the Byron transaction histories and the ITN rewards will be merged. This will prepare the network for Shelley’s deployment. This stage will be one of the shortest, lasting a few weeks.

Moreover, it was announced that the IOHK team has completed its first successful test of a fully decentralized Shelley network. The blocks were issued by pool operators and not by Genesis delegates, as the IOHK team explained:

(…) blocks issued by stake pool operators rather than genesis delegates. The success of this test is a significant milestone, validating the ledger and consensus implementations of the team.

(…) as we prepare to start setting up the Friends & Family testnet… we thought we’d share this taste of Haskell node loveliness. 98 nodes, 3 continents. As fresh as it gets. 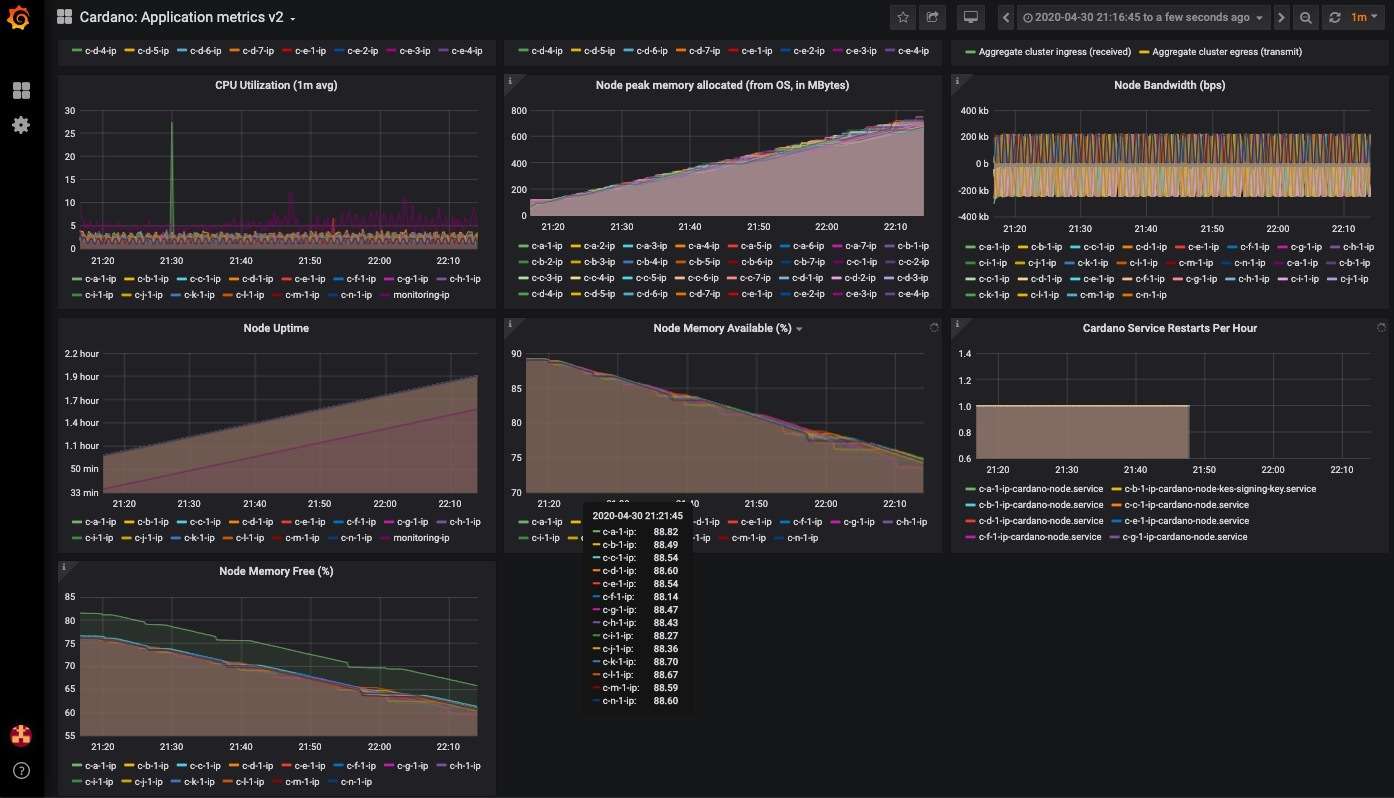