Bloomberg’s latest report on Bitcoin is highly bullish. Published by Mike McGloone, Senior Commodities Strategist for Bloomberg Intelligence, it forecasts a continuation of the “historical trend” that Bitcoin has had: adding zeros to its price. The report has been released in an environment of high expectations due to the U.S. elections, traditional market performance and a possible new stimulus package that seems unlikely to be approved.

Within the crypto space, the charges against the BitMEX board have been an event that was expected to have a negative impact. But, Bitcoin has managed to stay above the support level of $10,500. At the time of release, Bitcoin is trading at $10,632, with a loss of 0.89% in the last 24 hours. On the weekly and monthly charts, BTC records a loss of 1.98% and a slight gain of 3.54%, respectively.

According to McGloone’s report, Bitcoin’s demand indicators are positive and “point to a revisit of the 2019 high” ($14,000) possibly in late 2020. In that sense, the report indicates that Bitcoin’s fundamentals have remained strong. Specifically, the increase in the hash rate that has reached a new all-time high and the number of active Bitcoin addresses “is equivalent to a price of about $15,000,” as shown below. 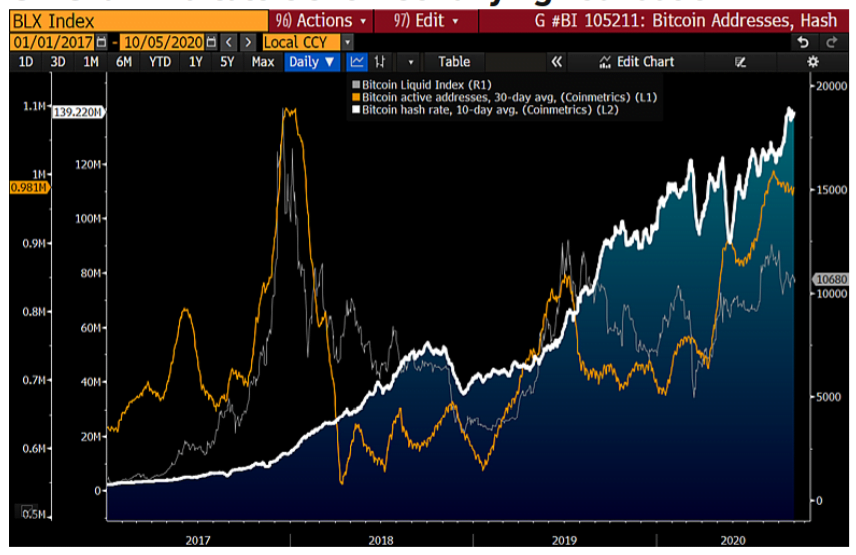 The analyst indicates that the adoption of Bitcoin is also evident in the investments that Grayscale and  MicroStrategy have made. In addition to demand indicators, McGloone says that the reduction in Bitcoin supply will be a major factor in the continued BTC appreciation. As shown in the graph below, the analyst establishes an indirect proportional relationship between the increase in quantitative easing by the U.S. Federal Reserve and the supply of BTC. 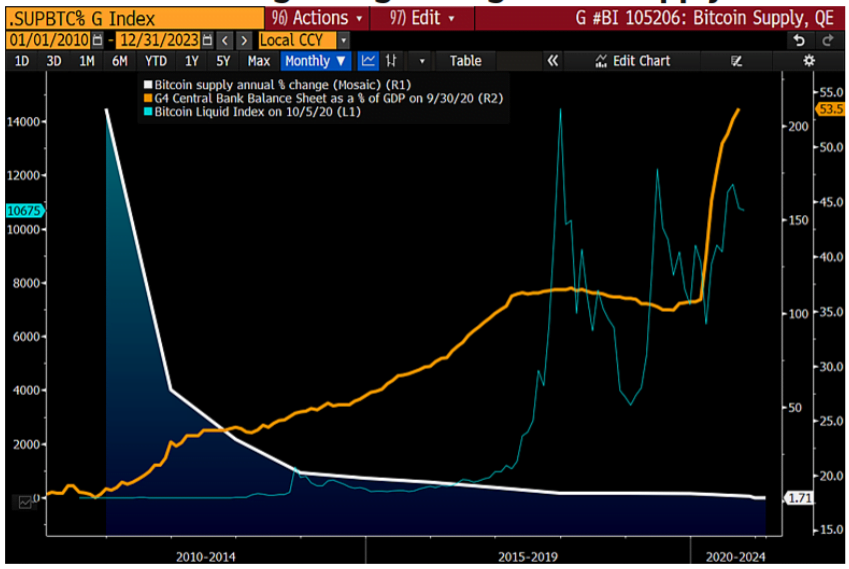 McGloone predicts that Bitcoin will increase its price, but at a slower pace. As he notes, the cryptocurrency has risen from $1,000 to $10,000 in 4 years. Consequently, he believes that this time it will take 8 years for the currency to add a new zero to its price. By 2025, the analyst says, Bitcoin will have a price of $100,000.

Moreover, McGloone predicts an almost imminent approval of an Bitcoin ETF, which would be extremely bullish for the price.

Futures were a key initial on-ramp for Bitcoin into the mainstream of asset classes. U.S. exchange-traded funds (ETFs) should be a matter of time, allowing easier access by money managers as gold ETFs did in 2004. The way we see it, something significant needs to go wrong to reverse Bitcoin adoption and price appreciation.

In line with McGloone’s conclusions, former Goldman Sachs employee Raoul Pal recently stated that Bitcoin’s one-month volatility is “falling fast”. Compared to periods when Bitcoin had similarly low volatility, Pal expects a “big move” soon. Although he said it could be a significant rise or drop.

On the other hand, day-trader Credible Crypto remains optimistic as long as Bitcoin holds its current support level and doesn’t drop below $10,400 in the short or medium term. As shown in the chart below, the trader has also marked a resistance at $11,000. The analyt stated:

Nothing has changed since this post over a month ago. I remain macro bullish and still think this is the last big BTD opp we will get till 14k+. Ideal “path” is below based on the idea that 10.4-10.5k holds in the short/mid term. 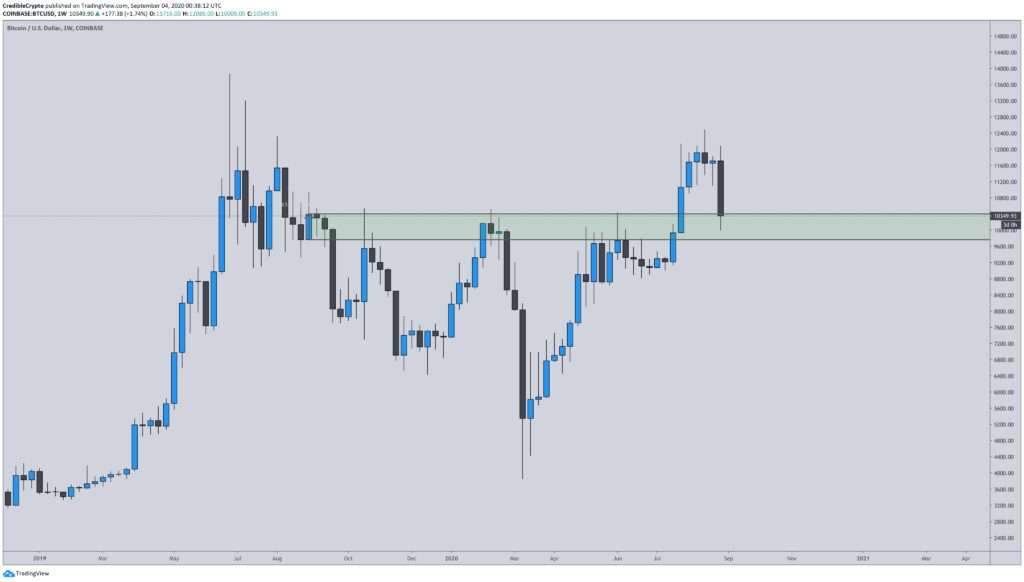