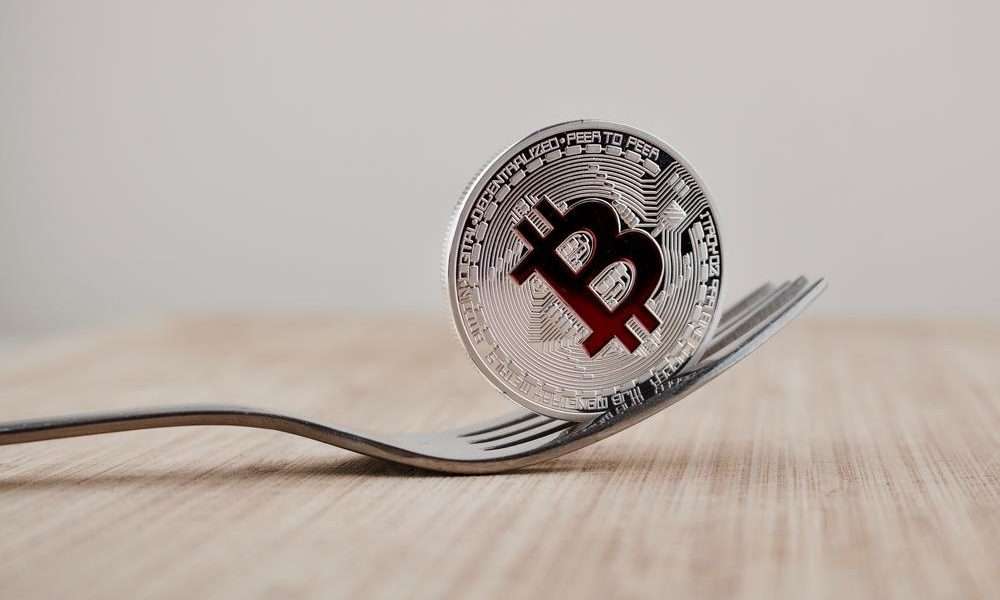 BitMEX Research has recorded a Bitcoin chain split of length 2 at the height of block 656,477. The BitMEX nodes detected the blocks related to the chain split yesterday, November 11th. The block before the division was mined by the China-based mining group, Lubian. The forked blocks were mined by F2Pool, Slush, and BTC.com, Binance. The chain followed by the latter remained valid, as shown below. 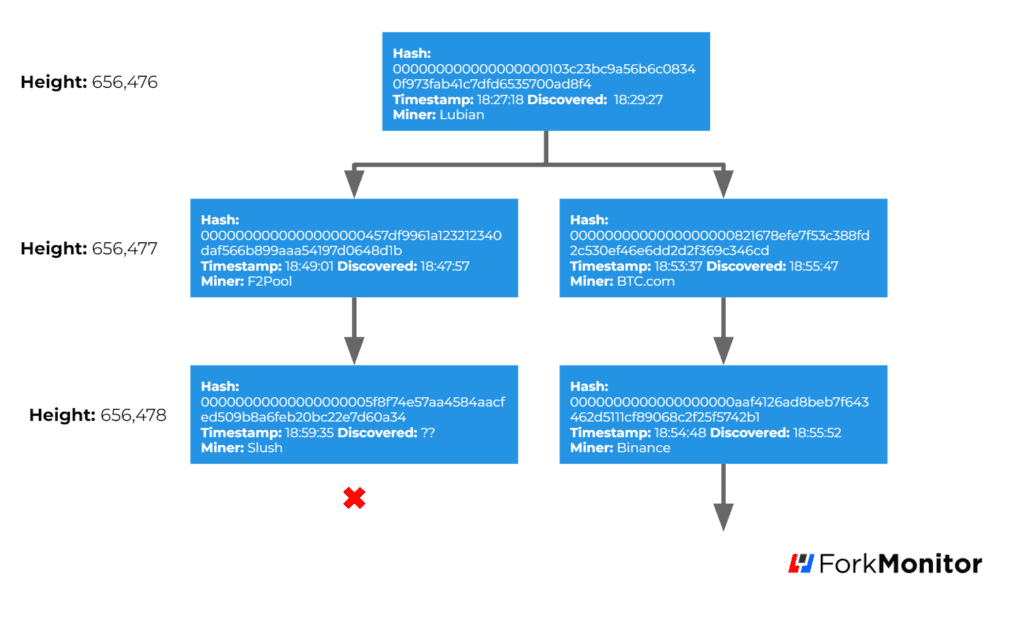 BitMEX Research points out that the heaviest chain is the survivor, the rest of the blocks are “stale”. This occurs according to the Bitcoin design, presented by Satoshi Nakamoto in his white paper when two miners compete to produce a valid block. According to Nakamoto, the longest chain will be considered as the valid blockchain, as the inventor of Bitcoin wrote:

Nodes always consider the longest chain to be the correct one and will keep working onextending it. If two nodes broadcast different versions of the next block simultaneously, some nodes may receive one or the other first. In that case, they work on the first one they received,but save the other branch in case it becomes longer. The tie will be broken when the next proof-of-work is found and one branch becomes longer; the nodes that were working on the otherbranch will then switch to the longer on.

Notably, the researchers of BitMEX did not report any double-spend, nor a consensus error. Furthermore, BitMEX noted that the event is quite “rare”. However, Andreas Antonopoulos, author of the books “The Internet of Money” and “Mastering Bitcoin” expressed the opposite and stated:

Consensus forks of length 1 are as common as one per week. There’s nothing particularly notable about a temporary fork of length 2. It’s a normal part of the protocol. The frequency at which this will occur is the equation by Satoshi in the whitepaper.

In the crypto community, users pointed to the coincidence between the event recorded by the Bitcoin blockchain and the hard fork that Ethereum went through yesterday. However, both are completely different. The Ethereum fork was not announced and corresponds to an update of its code, as confirmed by the developer of the Ethereum Core, Péter Szilágyi. The Bitcoin chain split is a normal event, as Antonopoulos stated.

In this sense, the event had no impact on Bitcoin’s price. At the time of publication, the first cryptocurrency by market capitalization is traded for $15,889 with a profit of 2.65% within the last 24 hours. In the weekly and monthly chart, BTC records a gain of 12.04% and 36.87% respectively. Remarkably, Bitcoin is trading longer than ever above $15,000 and seems to be heading for new highs.