New data from two major research companies seem to confirm that there are solid reasons to remain optimistic about Bitcoin‘s future performance. The data shows a new all-time high for Bitcoin addresses that accumulate more than 1,000 BTC and are therefore known as whales. Arcane Research shared the data from the research firm Santiment. According to the chart below, the number of whales (with more than 1,000 BTC) has risen to 2,200. It can be seen that this increase is steady since mid 2019. 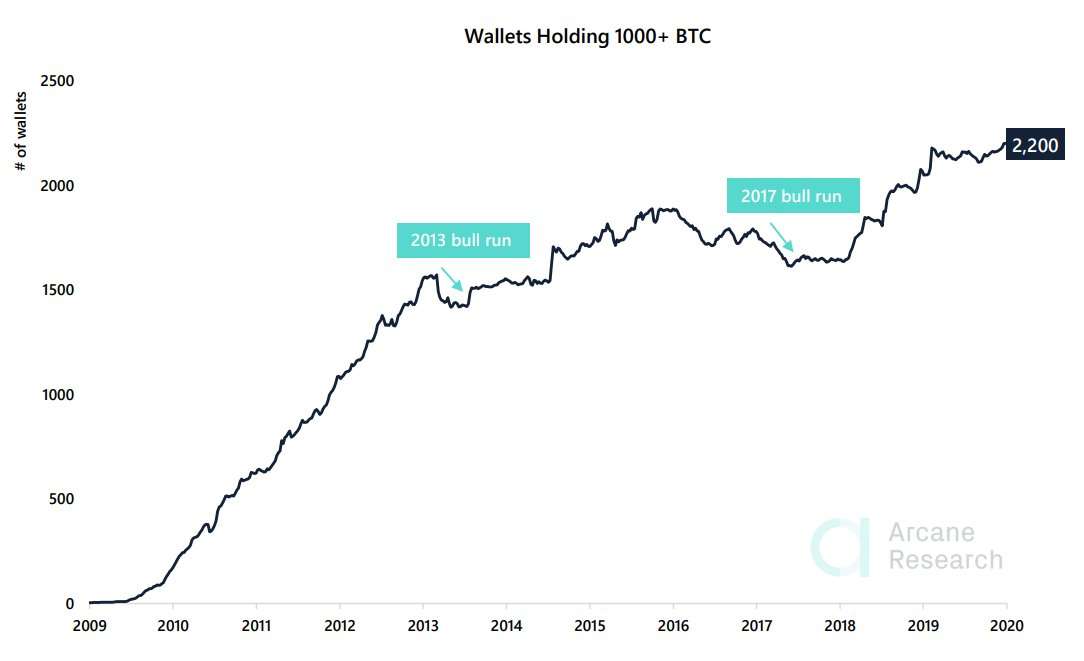 Arcane Research suggests that Bitcoin whales currently seem to have no interest in profit taking. Furthermore, the company establishes a direct relationship between the start of the two major Bitcoin bull runs and the number of whales. Based on the figures, the current market could be at the beginning of the next Bitcoin bull cycle.

The movement of large Bitcoin investors has historically been a good indicator of when there is buying and selling interest in the market. As a result, it can be used to predict whether the cryptocurrency is at the start of a rally. In that regard, the popular YouTuber Lark Davis’ noted that the increase in whale addresses is an evidence that it is time to buy Bitcoin:

One thousand or more Bitcoin is kind of a tricky metric because some of those accounts have way more than 1,000 Bitcoin. But the total amount of Bitcoin held in accounts of 1,000 [BTC] or more is around 7.9 million Bitcoin, so this, of course, is big-time evidence that the very wealthy investor class– they are buying Bitcoin.

Bitcoin whales accumulate more than ever

Data from the research firm Glassnode is consistent with the findings of Arcane Research. Glassnode revealed that there are currently 500,000 Bitcoin addresses with an unprecedented accumulation trend. As shown in the graph below, these addresses accumulate about 2.6 million Bitcoins. 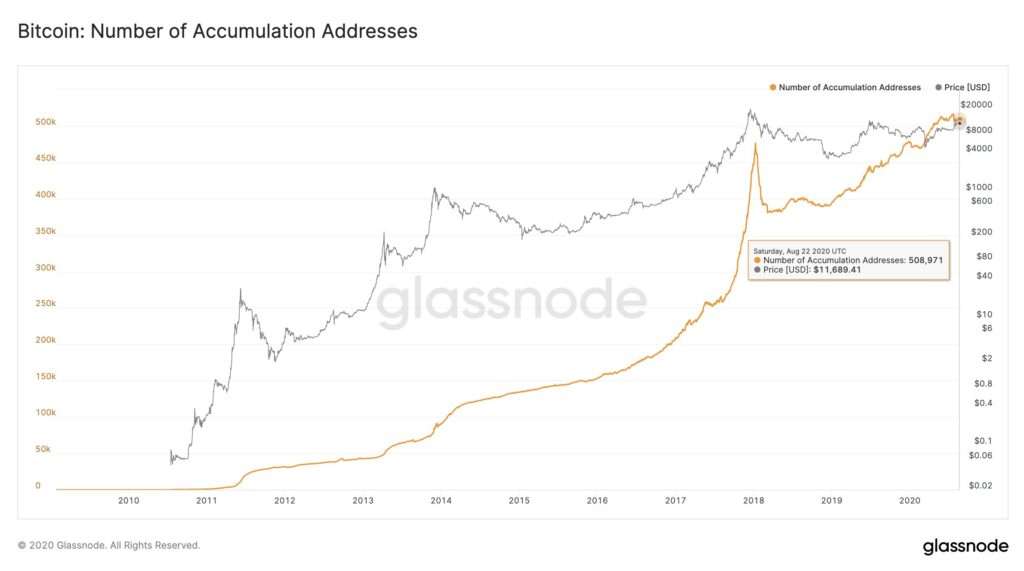 Therefore, Glassnode and Santiment data indicate that the Bitcoin market is currently in an accumulation phase. Bitcoin price could benefit from during this phase. Larry Davis supports these conclusions and emphasized that large investors are staying strong in their positions and are not afraid to buy:

In addition to the above data, Glassnode also pointed to the “Stablecoin Supply Ratio” (SSR). The research firm predicts the potential for a continuation of the upward movement because the SSR is three times stronger than a year ago:

The current Stablecoin Supply Ratio (SSR) indicates a high buying power of stablecoins over #Bitcoin – and therefore an increased potential for an upwards movement of $BTC. SSR is 3x stronger than it was when $BTC hit these price levels over a year ago. 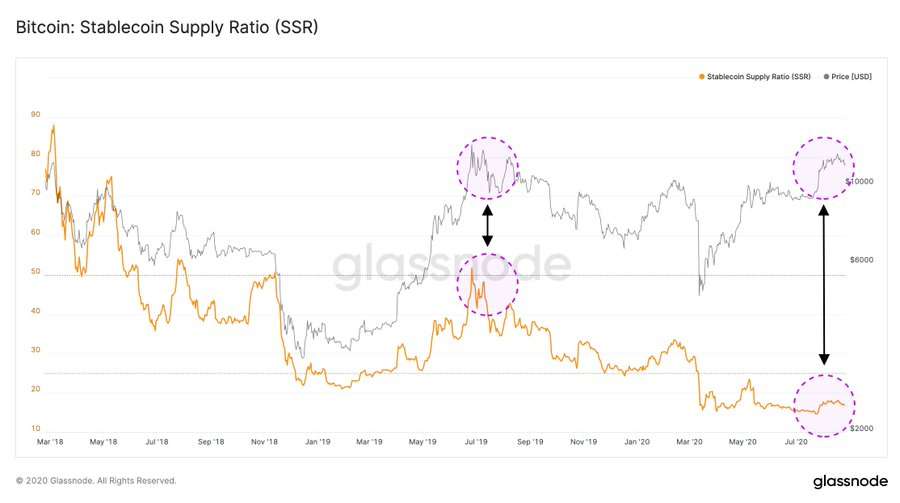