Since the beginning of August, the $12,000 mark for Bitcoin (BTC) has presented itself as an insurmountable resistance. BTC has already made four attempts, but has always been rejected relatively clearly and accurately (except for a few USD) at USD 12,000. Over the weekend, however, the Bitcoin price has once again moved into position to crack the USD 12,000 mark. At the time of writing, Bitcoin was trading at $11,852 USD with a slight drop of around 0.1% within the last 24 hours.

Despite the multiple rejections, the majority of technical analysts remain bullish. For example, the renowned analyst “HornHairs” explained via Twitter that at this point in time, all signs point to another pump and new highs for the year. However, as the chart below shows, the analyst initially expects a setback to around USD 11,400:

Would love to buy a dip that clears out these lows from the weekend to start the week. 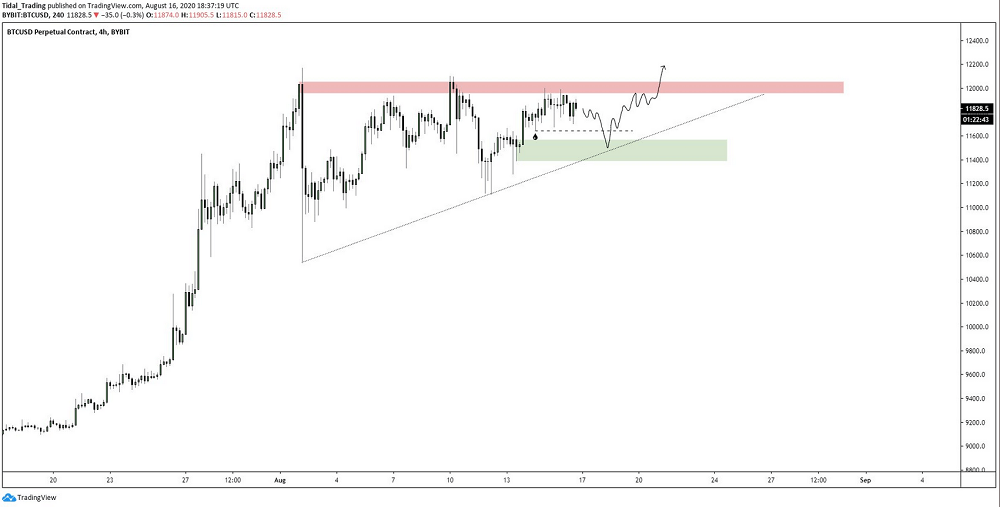 Analyst “Flood [BitMEX]” made similar comments on Twitter a few hours ago, explaining that the starting position remains unchanged as long as BTC remains in the price range between USD 11,200 and USD 12,000. However, a breakout in either direction could determine the short-term trend:

In line with the analysts of the two aforementioned analysts, David Puell, the former head of research at Adaptive Capital, which was closed in March, believes that $12,000 will be the last bastion of the bears. According to his analysis, the last major resistance is located at this level.

In a series of tweets, Puell examined Bitcoin’s price performance over the past few years and yesterday shared the chart below, which indicates that $12,000 is important as this is the point at which buyers of the 2019 highs will break even:

CIH is the delta between two volume profiles (in this case from 2018 onward): bitcoins unmoved (assumed as hodling) and bitcoins moved (assumed as distribution). Three levels of major buyouts are noticeble—two remain as major demand zones; one as a last major resistance.

The analyst also shared the chart below, which shows the HODL habits of Bitcoin whales. According to Puell, these whales will also break even in the USD 12,000 region, which makes the level even more significant than it already is. 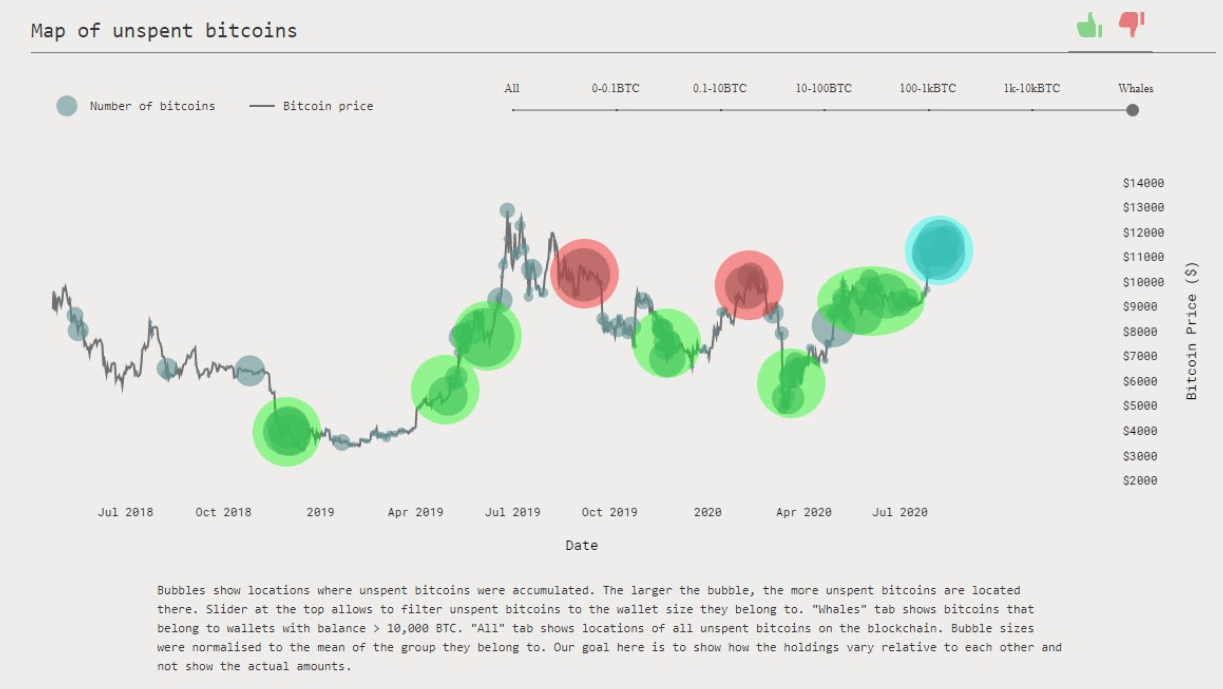