The Bitcoin price has suffered another flash crash, bringing the price down to $10,469. At the time of publication, the bulls were able to regain ground in the market and bring the Bitcoin price back above USD 10,800. However, with this, Bitcoin still remains below a very important support level. As a consequence, analysts seem to disagree on whether the current movement is normal for a bull market.

Trader and analyst Byzantine General has attributed the recent crash  to the “normal functioning of a bull market”. The trader stated that the bull market is over when there is consensus in the community on that, however, for now there is no consensus as Bitcoin appears to be entering a new period of volatility. The analyst has set the support level to watch out for at $11,000 to $11,100 and, in a more recent post, re-emphasized the market’s behavior. He expressed his optimism for a continuation of the uptrend:

I swear this is something that happens all the time in crypto. Pump –> triangle –> everyone expects continuation –> fake-out both directions –> bigger triangle forms… And usually it does lead to continuation in the end. But people get chopped up before it happens.

On the other hand, trader Teddy has also denied that Bitcoin will have a sharp drop below $10,000. Teddy also advised his followers to buy the dip “until further notice”, but warned investors to spread their buys. Teddy stated the following:

Grand vast majority of setups regardless of how bullish they look will get murdered by a dumping Bitcoin. If you trade anything:

– Use a smaller % of your portfolio.
– Use those damn stop losses.

Furthermore, Teddy has set a lower support level to $10,189. The trader thinks that Bitcoin will continue to rise if it manages to stay in the current price range, as shown in the chart below. 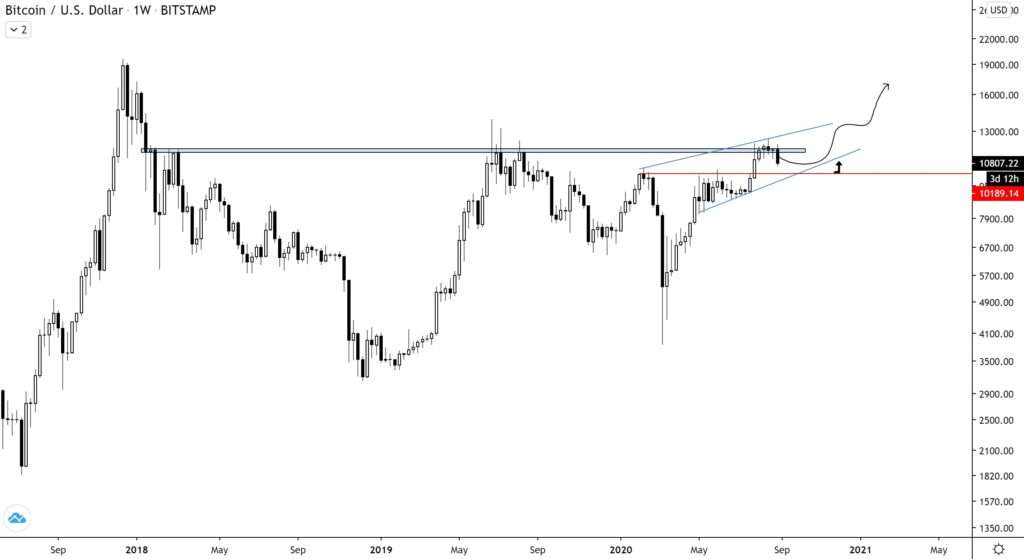 Former Goldman Sachs employee Raoul Pal has also indicated that the market downturn represents a buying opportunity. Pal stressed that Bitcoin’s current performance is not far from previous corrections, especially in post-halving times. Pal noted the following and shared the graph below:

In the post-Halving bull cycles, bitcoin can often correct 25% (even 40% + in 2017), throwing off the short-term traders (or giving swing traders a shot at the short side). Each of those was a buying opportunity. DCA opportunity ahead? 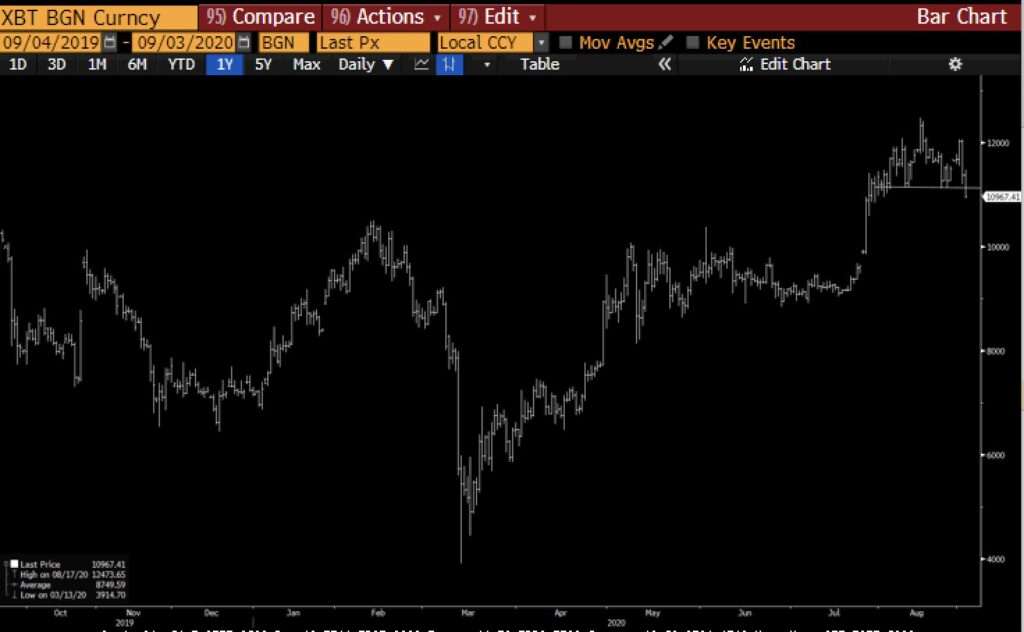 One of the reasons behind the recent crash of Bitcoin’s price may have been the raid of the South Korean exchange Bithumb. However, other analysts have indicated that Bitcoin may have posted losses because of its correlation with the price of gold. The precious metal experienced a drop on Wednesday as the price of Bitcoin corrected.

Analyst Plan B, creator of the Stock-to-Flow model for Bitcoin, has verified this and stated that the cryptocurrency has shown a greater correlation with gold than with other traditional market assets or the S&P 500. In that sense, gold price performance could be critical in determining Bitcoin’s upcoming trend.