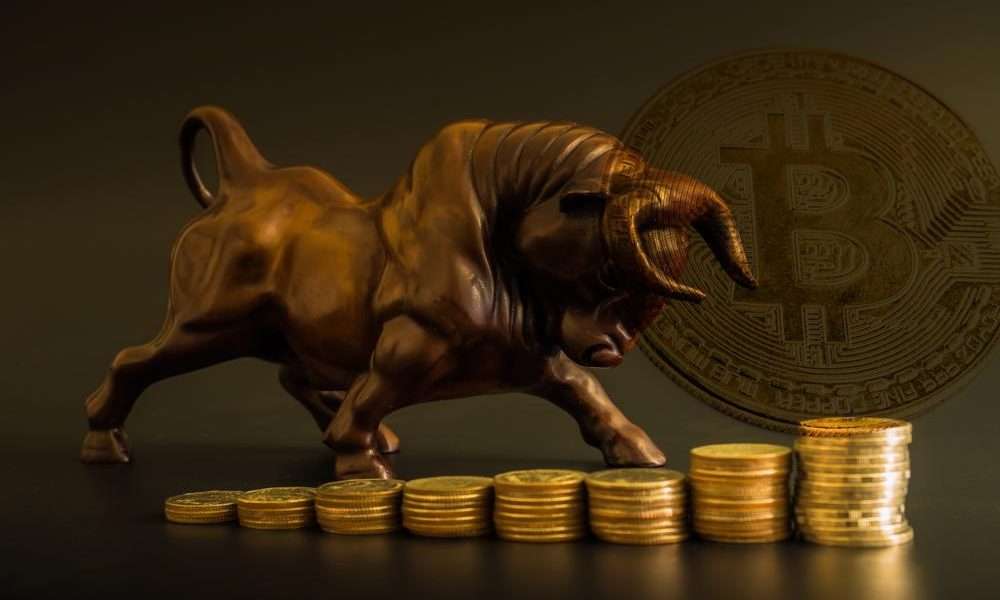 Bitcoin should be trading at $400,000, a Wall Street veteran has claimed. Scott Minerd, the chief investment officer at Guggenheim Investments, stated in a recent interview that the continued printing of money by the Federal Reserve will lead to a great Bitcoin rally.

Speaking in an interview on Bloomberg TV, Minerd stated that the valuation comes from his firm’s fundamental analysis. He added:

It’s based on the scarcity and relative valuation such as things like gold as a percentage of GDP. So you know, Bitcoin actually has a lot of the attributes of gold and at the same time has an unusual value in terms of transactions.

Guggenheim Investments is the investment arm of Wall Street financial services firm Guggenheim Partners. The firm majors in investment banking, broker dealer services and asset management, with $233 billion worth of assets under management.

In late November, Guggenheim had revealed that it will invest 10% of its micro fund in Bitcoin, following in the footsteps of several other asset managers that are looking to Bitcoin as a hedge against inflation. The company decided to buy Bitcoin when the cryptocurrency was worth $10,000, Minerd disclosed. With the price having doubled since then, he admitted it’s a “little more challenging” to purchase the cryptocurrency now.

Guggenheim’s interest in Bitcoin was sparked by the US Federal Reserve’s “rampant money printing.” Just recently, the Fed announced that it would continue to buy $120 billion of debt per month until it achieved its goal of price stability.

While Guggenheim and many other Wall Street firms are joining the Bitcoin industry, a senior executive at one of the world’s largest asset managers isn’t as convinced. Randy Frederick, the vice president of trading and derivatives at Charles Schwab urged caution when investing in Bitcoin, which he compared to precious metal. Frederick said:

Bitcoin is a tough one, because there’s no CEO, there’s no board of directors, no dividends, no revenues. It’s kind of like a precious metal in many ways. Its value is derived by what people think it value is.

Bitcoin has been on a rapid price rise in the past week that has seen it set a new all-time high price at almost $23,800. In just the past 24 hours, the cryptocurrency gained 15.2% to record a market capitalization of $418 billion. Since the year began, it has registered an incredible 227% price rise.

Frederick believes that Bitcoin’s remarkable rise this year is as a result of the great endorsements it has received from “very experienced and successful hedge fund managers.”

It’s become more credible and this will keep it on people’s radar for a while.

While Bitcoin has continued to attract a lot of attention in the mainstream financial industry, Frederick pointed out it’s still a preserve of young investors.

Many of the older investors don’t even understand it. People in my demographic are uncomfortable with the idea of transacting in a currency that isn’t really controlled by a bank or central government, because if something goes wrong, what do you do?

Bitcoin "is driven a lot by younger investors," Charles Schwab VP of Trading and Derivatives @RandyAFrederick says. "People in my demographic are uncomfortable with the idea of transacting in a currency that isn't really controlled by a bank or central government." pic.twitter.com/z2aEoJX2po