After Bitcoin started the week with a massive 28% correction, the price has been showing a strong uptrend again since yesterday. The daily chart shows a green candle of over $5,000 for yesterday, with the price climbing from USD 32,300 to close to USD 37,400. This trend continued at the time of writing, with BTC trading at $38,200, writing a gain of 10.2% over the last 24 hours.

The majority of analysts on Twitter believe that the correction to USD 30,100 has marked a new local bottom for now. As CNF reported, whales have used the dip to buy up larger amounts of BTC and ETH. In line with this, Ki Young Ju, CEO of CryptoQuant, stated yesterday that institutional investors who have been re-buying BTC in the $30,000 to $32,000 range may be “protecting” the 30,000’s mark:

There are many institutional investors who bought $BTC at the 30-32k level. The Coinbase outflow on Jan 2nd was a three-year high.

Speculative guess, but if these guys are behind this bull-run, they’ll protect the 30k level. Even if we have a dip, it wouldn’t go down below 28k. 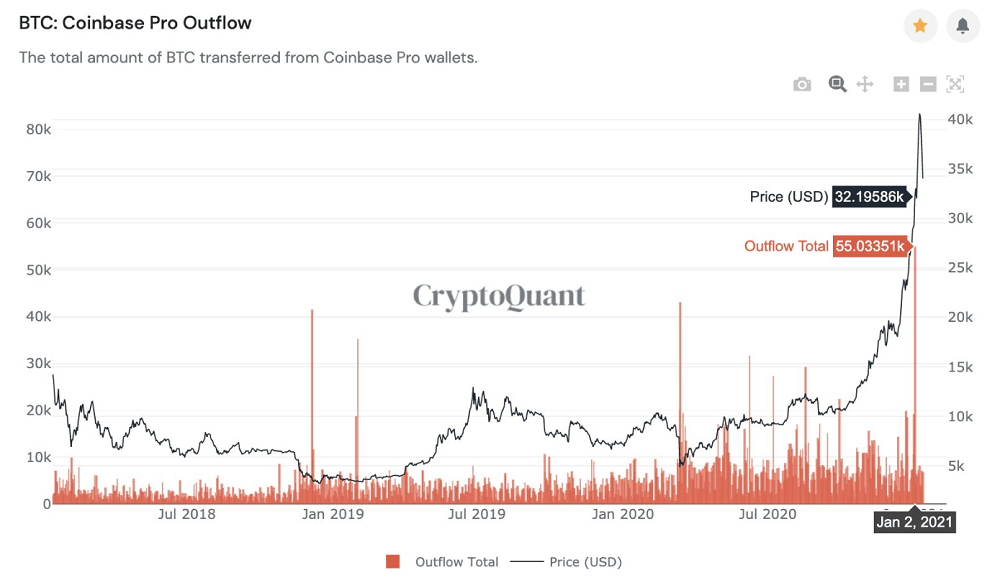 Raoul Pal, founder and CEO of Global Macro Investor and Real Vision Group, meanwhile, explained that the BTC price plunge could be related to a phenomenon he has observed in the markets over the past 30 years, the “New Year Head Fake.”

Hedge funds and asset managers start the year with zero P&L and new risk buckets to allocate. After a 2-week break they want to get some trades on their shiny new books. Wall St tends to publish a bunch of consensus Year Ahead trades. So, people pile in.

Then, once everyone is in, the trend often reverses or has a massive correction, taking everyone back to flat or negative on the year and they begin the P&L grind again.

Back on January 08, when BTC was still rising and reaching its current all-time high, Pal made the statement and predicted that a major correction of up to 40% was coming. As we now know, Pal was right.

More arguments that $30,000 was the bottom for Bitcoin

Looking at the current situation in the market, we can see that large amounts of stablecoins are currently flowing into exchanges, as shown by CryptoQuant’s data. The inflow may act as a short-term catalyst for Bitcoin as it indicates that the diverted capital is flowing back into BTC.

As the chart below shows, in the past, spikes in stablecoin inflows into exchanges have very often been accompanied by increased liquidity and a rising price. Across all major exchanges, stablecoin deposits increased significantly yesterday, just as the Bitcoin price began to recover. 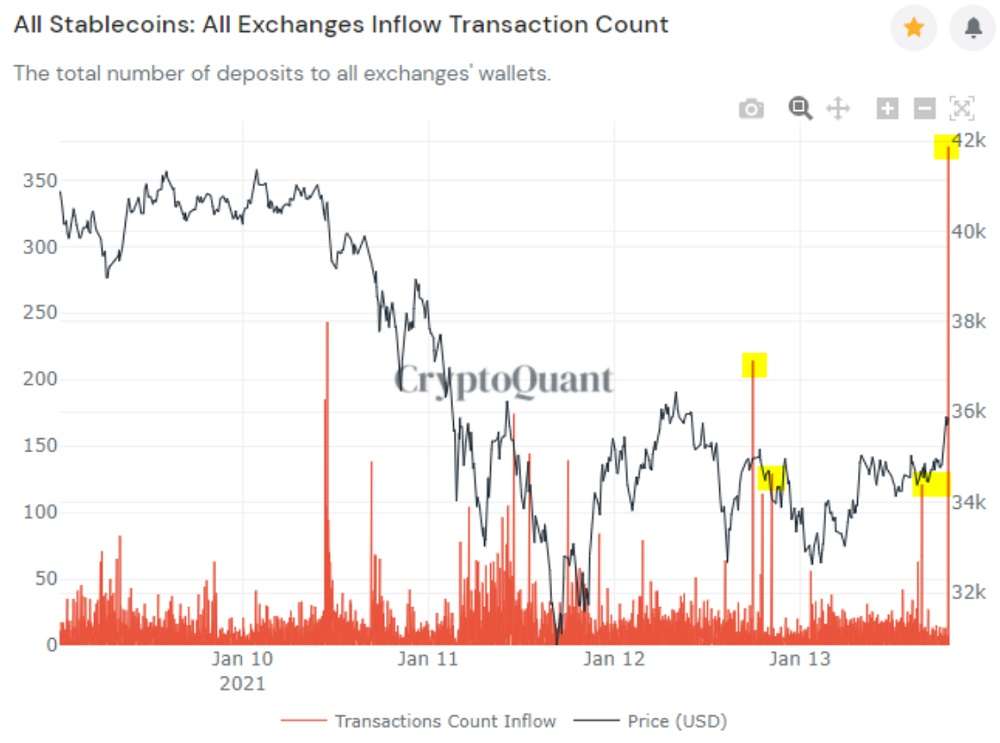 Before yesterday’s price spike, professional trader Michael van de Poppe predicted that an all-time high for Bitcoin is likely if the price climbs back above $38,000.