Monitor Whale Alert has recorded movement in the fourth richest Bitcoin wallet. Created in the “Satoshi era“, during Bitcoin’s early days, the wallet was emptied after making a 69,369 BTC transaction or almost $1 billion. The funds have moved from a legacy wallet, according to Whale Alert’s report, to a native SegWit format wallet.

In the crypto community, the richest BTC wallets are surrounded by mystery. Therefore, much speculation has arisen about the motives behind the recent movement of the former fourth-richest BTC wallet. Among the most popular, it has been proposed that the wallet owner was one of Bitcoin’s earliest investors who had forgotten the password.

There has also been speculation about the possible hacking of the funds. However, the Panama Crypto account has made an estimate of how much time it would take to accomplish this difficult task. According to their estimates, if a hacker could make a trillion guesses to try to obtain the private keys to a Bitcoin wallet by brute force, it would take him 3.3 decillions of years to accomplish it.

In September, the wallet gained exposure when it became known that hackers were trying to steal the funds, but it seems unlikely that they succeeded in their attempts. The most likely option is that the owner of the funds has moved their BTCs to detract attention from their wealth. Also, having moved them to a newer format (SegWit), the owner probably made updates to the security of the funds.

All options are possible. Alon Gal, CTO at the Hudson Rock cybersecurity firm, said the wallet was hacked to gain notoriety in September. Via Twitter, Gal said:

UNBELIEVABLE – Someone was able to crack the password of the Bitcoin wallet I reported on only a short time ago and spend the $1,000,000,000 that was inside it! It was either the person who cracked the password or the original owner who may have noticed the recent articles about his wallet being circulated among hackers.

Meanwhile, Bitcoin was rejected again after reaching the $14,000 mark while the wallet was being emptied and the U.S. presidential election was taking place. In spite of this, the cryptocurrency has managed to stay in the support range and stands at $13,672 with gains of 1.05% in the last 24 hours. Sentiment in the market is bullish and experts predict a prolongation of this past week’s rally.

As indicated by the data analysis firm Skew, the open interest for Bitcoin futures contracts is at $300 million from its all-time high of $5.4 billion, as shown in the image below. Glassnode data records a different figure but keeps the increase in open interest while Bitcoin climbed to $14,000. 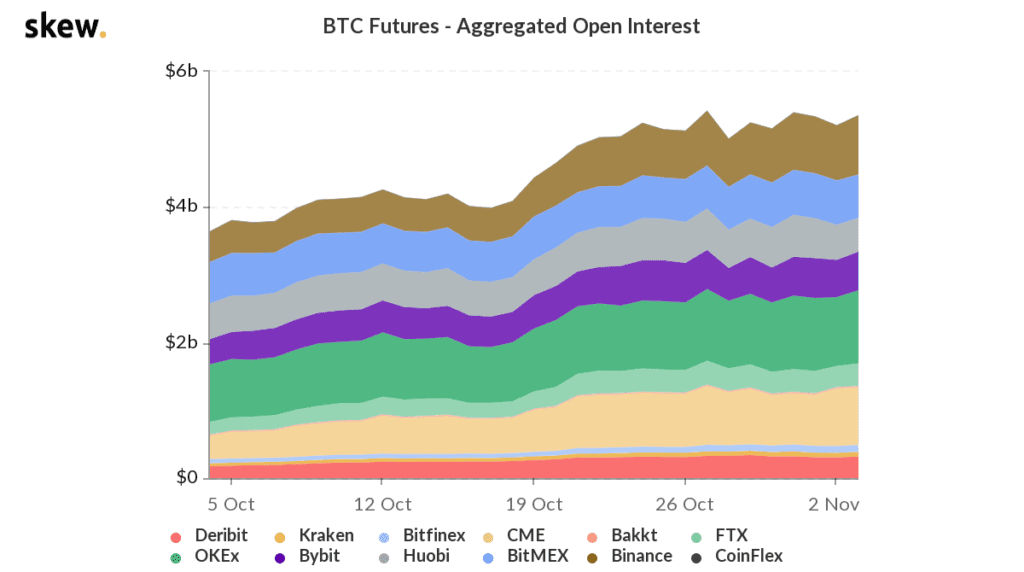 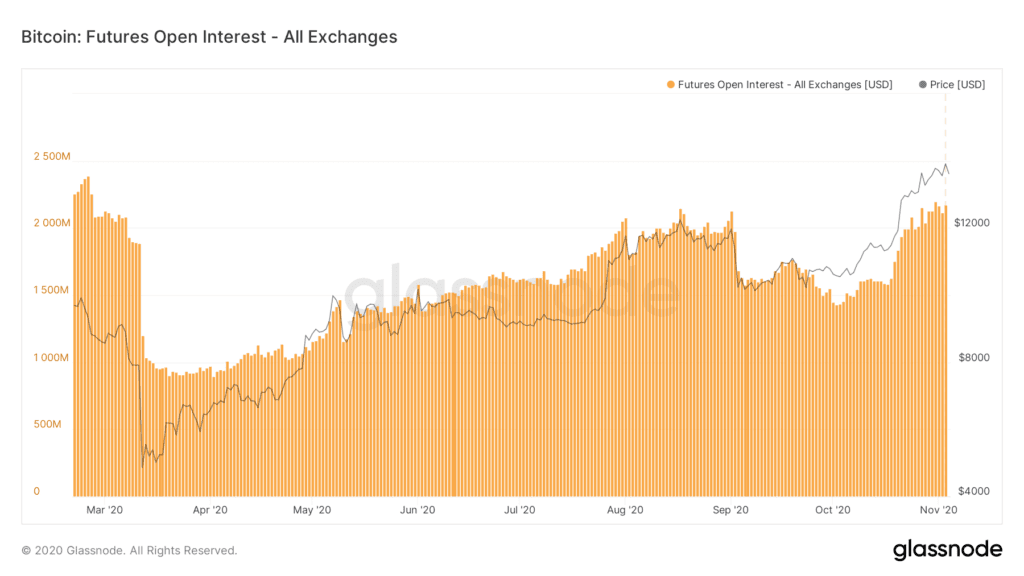 The result of the election is still expected to be announced, but as the increase in open interest shows, Bitcoin is keeping the attention of investors and could test the level of resistance again very soon. On the above, Messari added:

Rising prices during an uptrend while open interest is also on the rise could mean that new money is coming into the market (reflecting new positions). This could be a sign of bullish sentiment if the increase in open interest is being fueled by long positions.