After Bitcoin‘s bullish trend over the past five days, which carried the price from $9,000 to a temporary $9,480, much of the gains were reversed yesterday. Bitcoin’s price fell again to $9,050, presumably due to an impulse from the traditional stock market and the S&P500. However, the support at $9,000 was maintained, allowing Bitcoin to stabilize at $9,130 at the time of writing.

After rising again to close to the $9,500 mark, many analysts thought Bitcoin might move into the $10,500 region to test the multi-year resistance. However, the S&P 500 Bitcoin once again thwarted this expectation. When the U.S. stock market index started trading yesterday, the index fell 0.7% in a very short period of time. Bitcoin once again followed this impulse and fell in lockstep with the S&P500.

As we reported on CNF, the correlation between Bitcoin and the S&P500 resumed in mid-June, after Bitcoin had only decoupled in mid-May. According to Charles Edwards of Capriole Investments, this is due to an increased level of “fear and uncertainty” regarding the coronavirus. Due to the renewed crash, BTC has again reached the crucial support level of USD 9,000, which was built up in the last few days.

As analyst Credible Crypto also noted on Twitter, Bitcoin’s short-term price development is now likely to depend on whether the bulls are able to prevent Bitcoin from slipping below this support. However, according to the analyst, this could be the last setback before the bears are completely brought to their knees:

And there you go, 9.5k test and rejection. The $9075-$9125 region holds the key now. Lose that and I think bears give us one more lower low before we squeeze the remaining life out of them. 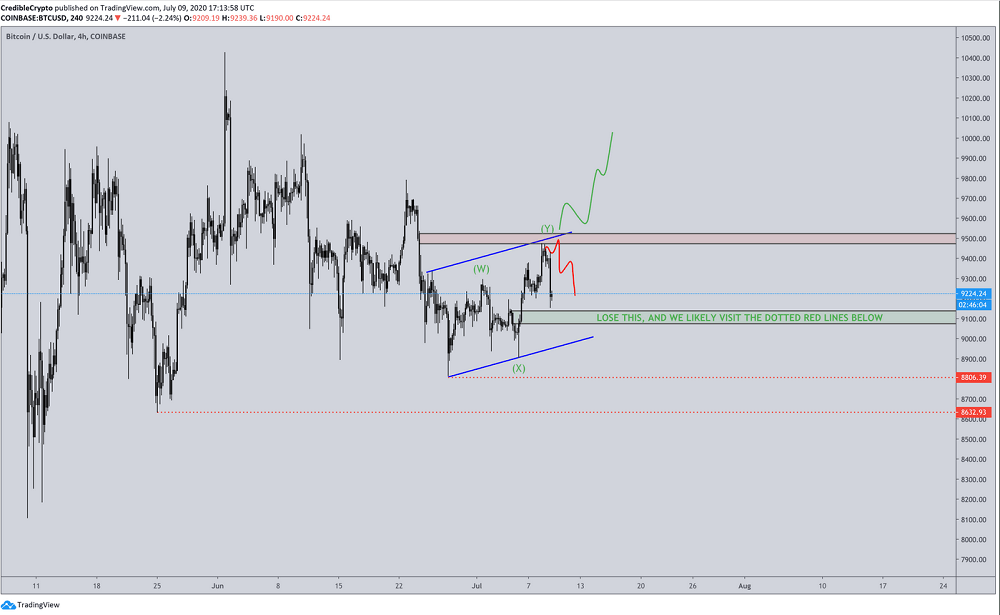 Another recognized analyst on Twitter, “TheCryptoCactus”, expressed similar sentiments. The analyst pointed out that $9,200 is a crucial level to watch out for in the near future, when there is a renewed push into higher regions and a renewed reset. According to the analyst, yesterday’s setback will prove to be insignificant if buyers can continue to defend this level.

Perfect tap against $9500 and pulling back now which is fine as long as bulls can defend $9200 as support on the next retest, I would be very short if $9200 fails to hold. Looking for S/R setups for both biases right now and staying out of this chop action. 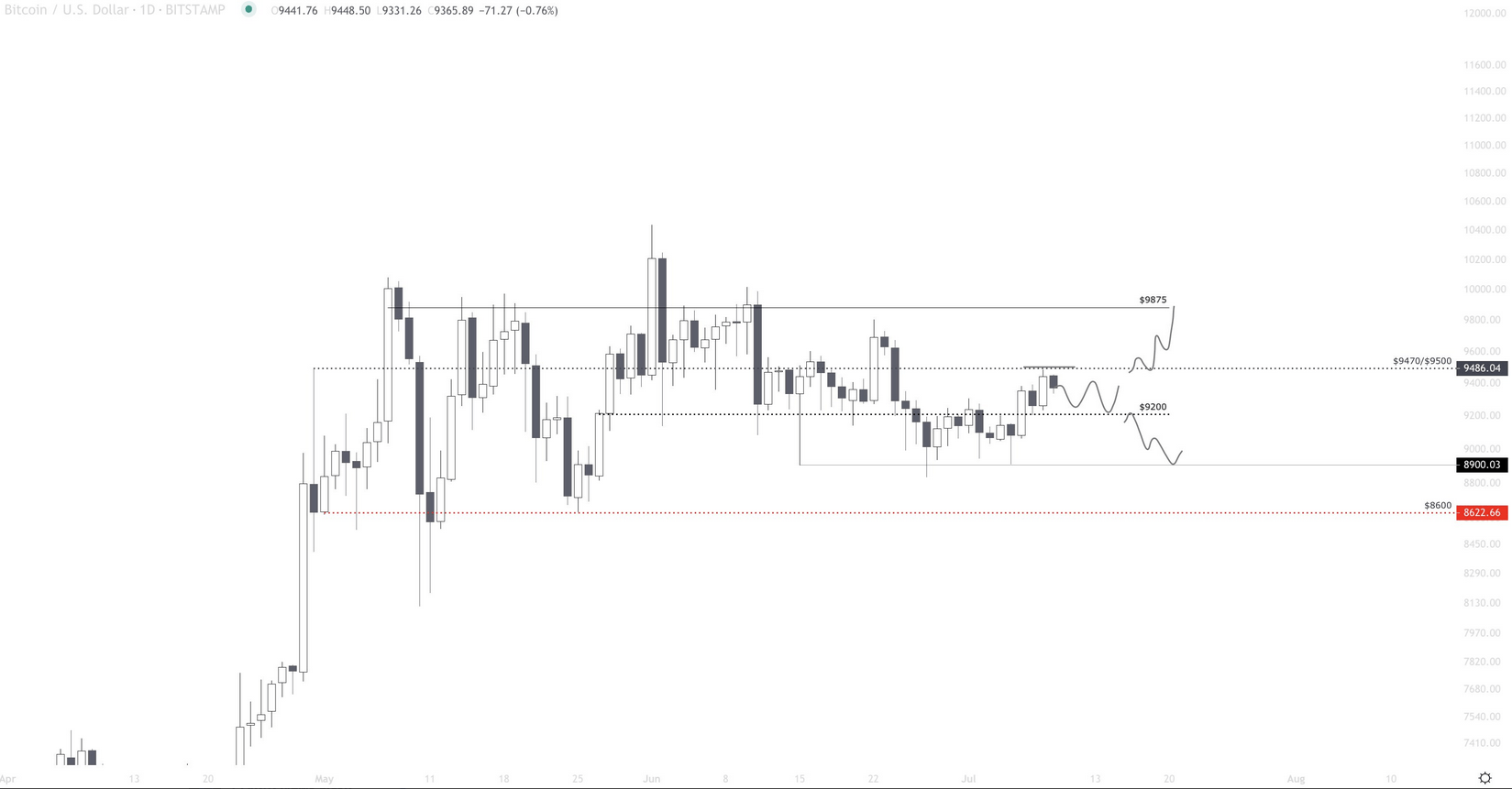