At this time, there seems to be only one question for Bitcoin investors: Will the bear market, which has already lasted several years, continue or will Bitcoin start a new rally that will take it well above its all-time high of $20,000. The answer to the question is usually the “magic” barrier of USD 10,000 or the resistance zone between USD 10,000 and 10,500. After the Bitcoin price has already tried to break through this mark several times since the beginning of May, numerous analysts foresee a decisive movement.

As the anonymous analyst “Teddy” explained yesterday, Bitcoin managed to avoid a massive downtrend on Monday after the sudden crash to USD 8,900 and the equally sudden recovery, at least in the short term. The bulls were able to defend the support below the $9,200 USD and set a sign of strength. Nevertheless, as “Teddy” noted, Bitcoin was on the verge of forming a “death cross” on the 4-hour chart:

Cloud so damn close to death cross on 4h – last time it happened it was Februar. Can someone please market buy a few billion, thank you.

However, one argument that could strengthen the bullish position is the Bitcoin difficulty adjustment (DA) that took place yesterday. The Bitcoin Difficulty Adjustment measures how difficult it is for the miners to find blocks. During the first Difficulty Adjustment in June, the value fell sharply, which some interpreted as a sign of “miners’ capitulation”. Yesterday, for the first time since the halving in mid-May, an increase in Bitcoin Difficulty was observed. 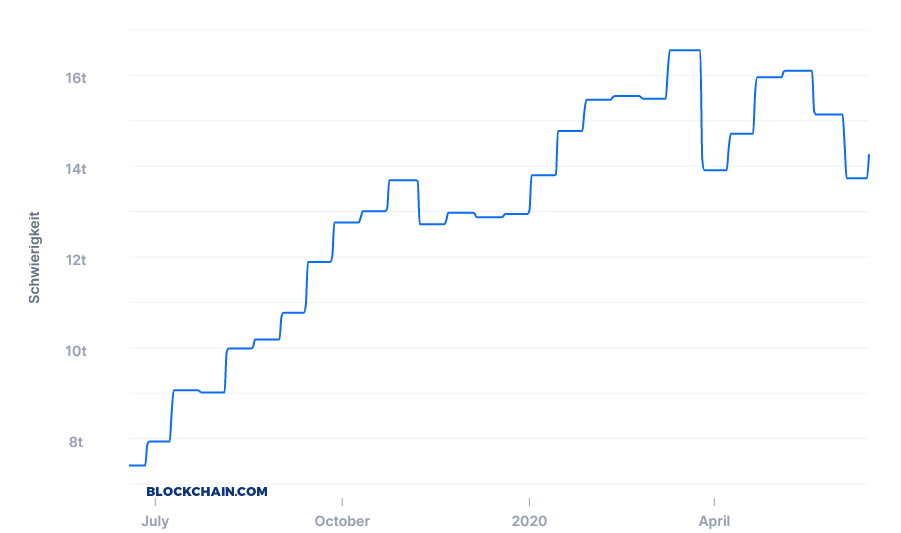 As “Nunya Bizniz” stated, the monthly average of the DA’s is still negative. According to the analyst, yesterday’s DA is therefore a textbook sign of a bull market. Already in 2018, this signal could be observed twice, whereupon the Bitcoin price recovered strongly. In 2015, this signal was accompanied by a low of around USD 500 before a new rally started, as can be seen in the chart below.

Today is the 9th monthly downward DA. What makes this one unique is it’s the 1st to occur post halving. Monthly DDA’s may signal miner capitulation and market bottoms.

This argument is supported by the theory that in its short history, 2012 and 2016, the halving has always been bearish for Bitcoin, as the pressure to sell has increased after the capitulating miners. This effect historically ended about 6 weeks after the halving. This point in time now also coincides with the analysis of “Nunya Bizniz”, since the halving of 2020 took place six weeks ago.

With regard to the short-term trend, analyst “Credible Crypto” pointed out that any movement of the Bitcoin price above the USD 9,150 to USD 9,200 range can be attributed to the bulls. Should Bitcoin fall under this range, “Support 2” above USD 8,800 comes into play. If this cannot be maintained, there is a risk that the price will fall into the lower range of the 8,000 USD: 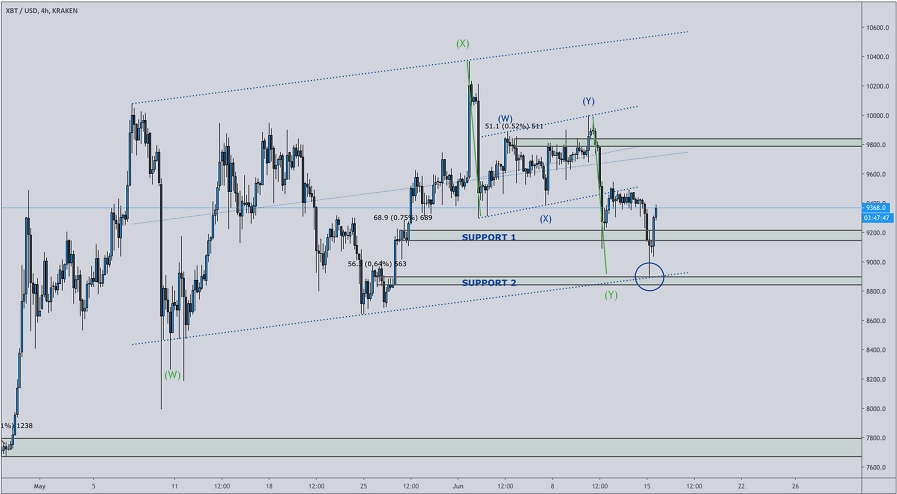