“Big Chonis Trading” elaborates that Bitcoin showed the weakest daily close so far yesterday, since breaking through the $20,000 mark. However, he adds that this is not a reason to panic. In his opinion, Bitcoin will continue the recent uptrend as long as BTC trades above the important 20,000 USD mark. Nevertheless, he advises his followers to be vigilant in the coming days to take advantage of further price fluctuations.

$BTC – this is the most bearish closing daily candle over $20K ever, of the two red days so far 😂 but since #bitcoin is still way over $20K it doesn’t really matter in the bigger picture yet pic.twitter.com/d5fyTdVf1v

Investor legend and constant bitcoin critic Peter Schiff states that investors will sell risky assets like stocks and bitcoin due to the next stimulus package from the U.S. government and invest their capital in the precious metal silver instead. In his opinion, silver is a good store of value to hedge against the Federal Reserve’s inflationary monetary policy.

Looks like buy the rumor sell the news on the #stimuluspackage. Investors are selling risk assets like stocks and Bitcoin and buying what they perceive to be safe havens. Silver is reclaiming its safe-haven status. To get more bang for your Bitcoin, sell #Bitcoin and buy #silver.

TraderXO, meanwhile, describes that the weekly RSI (Relative Strengt Index) and Stoch RSI indicate that the market is overbought and that is why there had to be another correction. Nevertheless, he points out in further tweets that the underlying fundamentals remain strong and the recent upward movement could continue.

It has been a trending market and oscillators can remain overbought – but I'm just being cautious here….

Glassnode CTO Rafael Schulze Kraft pointed out on Twitter that the number of BTC held on exchanges continues to fall and because of this devevlopment, a supply and liquidity crisis could be imminent. This, in his opinion, is a bullish sign for Bitcoin that could impact the price in the coming months:

Bitcoin is in a supply and liquidity crisis. This is extremely bullish! And highly underrated. I believe we will see this significantly reflected in Bitcoin’s price in the upcoming months. Let’s take a look at the data.

14.4M BTC is held by illiquid entities – that is 78% (!) of the current supply. Illiquid entities spend less than 25% of the BTC they receive, acting as supply sinks in the network. Yes, only 12% of the BTC supply is liquid, according to this metric. 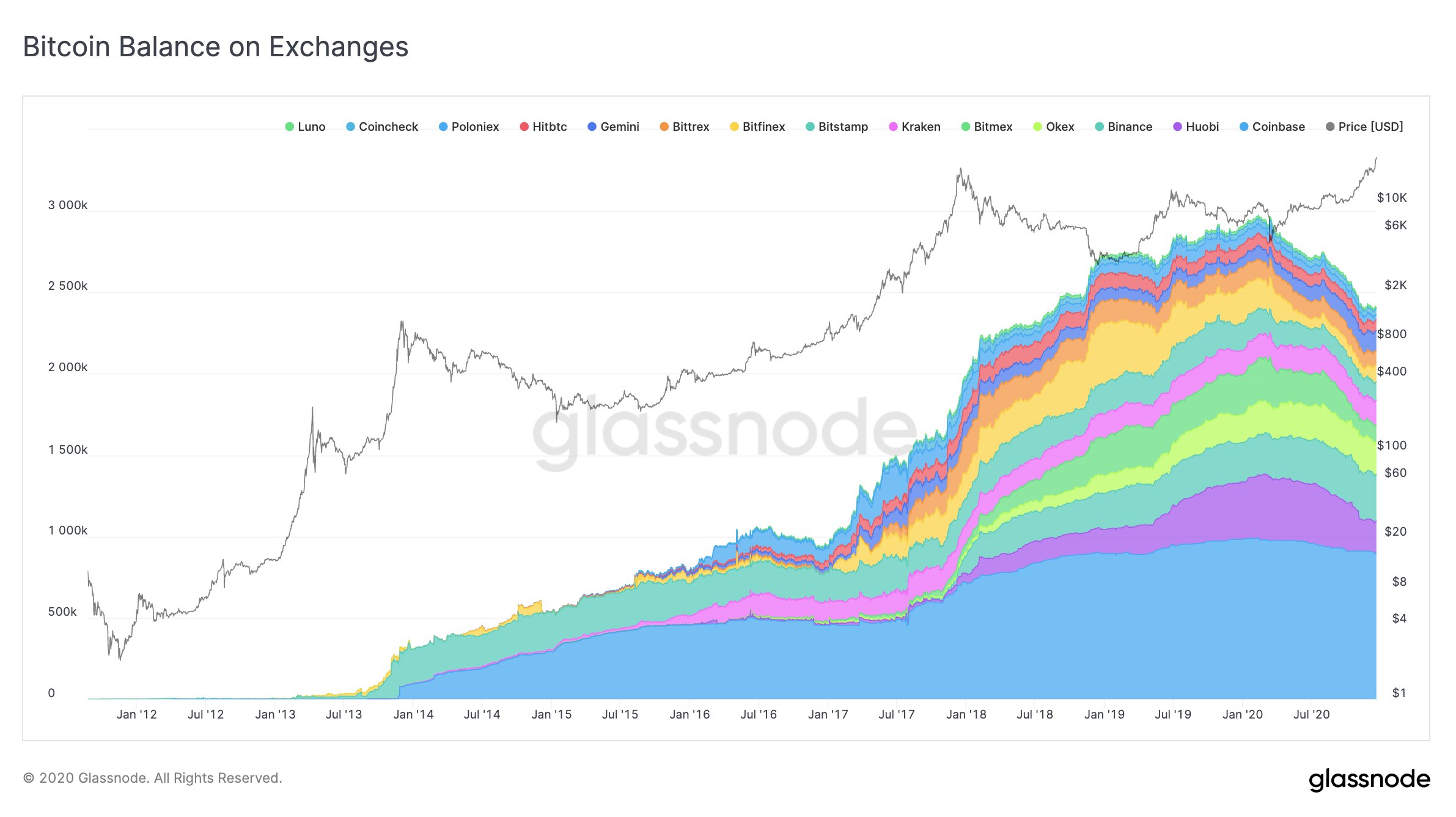 Popular trader “SalsaTekila” states that the current correction is healthy for the further development of the crypto market and will provide a cleanup of “weak hands”. He will not open any short positions in the near future, but believes that the price of BTC will continue to rise until the end of the year.

I'm long only for $BTC, think this is the dip and the only way to play this bull market is starting positions on the bid. I won't share my trades, but I'll share what I'm not doing: shorting or selling. So if we go down I probably lose money, up make hilarious riches.

Bullish news also comes once again from MicroStrategy. Michael Saylor, CEO of the Nasdaq giant, announced via Twitter that his company has once again purchased $650 million worth of Bitcoins. Specifically, MicroStrategy has purchased 21,646 Bitcoins at a price of $21.0925 and now owns a total of 70,470 Bitcoins worth 1.125 billion USD.