One of the most prominent crypto analysts on Twitter has presented a new model for the Bitcoin price to predict the start of a new bull cycle based on historical data. According to the model created by Willy Woo, Bitcoin could be just one month away from the onset of the next exponential bull market. In his model, Woo also incorporates the effects of the coronavirus on the crypto market and the traditional financial market.

As Woo noted, Bitcoin was well positioned to start the next Bull Run in mid-February. The price of BTC climbed above the $10,400 mark at the time, and was on the verge of breaching what is currently the largest resistance zone between $10,000 and $10,500. However, as most investors will recall, BTC fell to as low as $3,600 as a result of the panic surrounding the coronavirus, in line with the traditional financial market.

In the tweet published the day before yesterday, which has since gone viral, Woo told his 132,000 Twitter followers that Bitcoin is on the verge of a new exponential bull market according to the new model.

This is a new model I’m working on, it picks the start of exponential bull runs.

1) Bitcoin was setting up for a bullish run until the COVID white swan killed the party.

2) This model suggests we are close to another bullish run. Maybe another month to go. 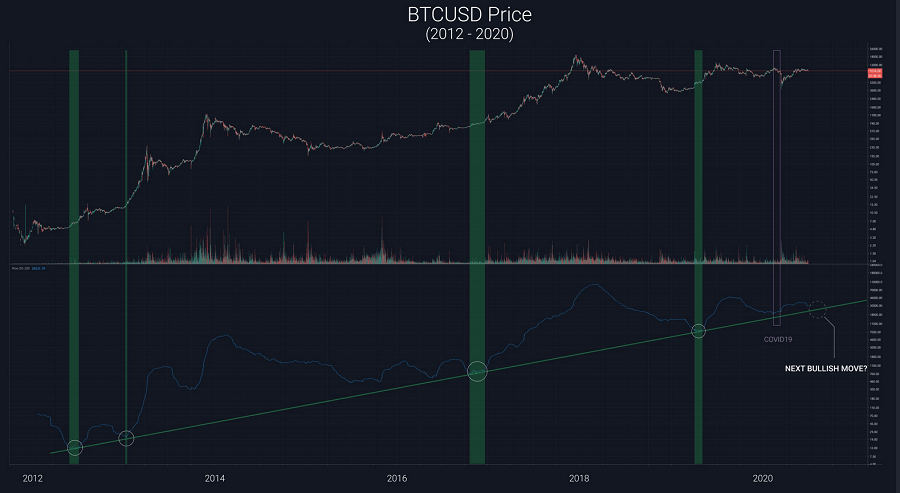 Woo further explained that the delay in the bull run caused by the pandemic could prove to be a welcome development for Bitcoin. The current phase is used for accumulation, according to Woo, allowing investors to increase their investment and new investors to enter early. This prolonged process of base building could serve as rocket fuel for BTC, according to Woo:

The longer this bull market takes to wind up, the higher the peak price (Top Cap model). A long sideways accumulation band is ultimately a good thing.

A weighty argument for an accumulation phase was also provided today by the analyst “Credible Crypto” on Twitter. The analyst showed the chart below, which shows that the strongest volumes since the beginning of May have always been seen when there was a big candle down. In other words, the bulls (the buyers) were always on hand when there was a strong downward trend:

Nearly every spike in volume here is occurring at the lower end of the range vs the higher end. This is not typical for distribution where we would expect to see the opposite occur. 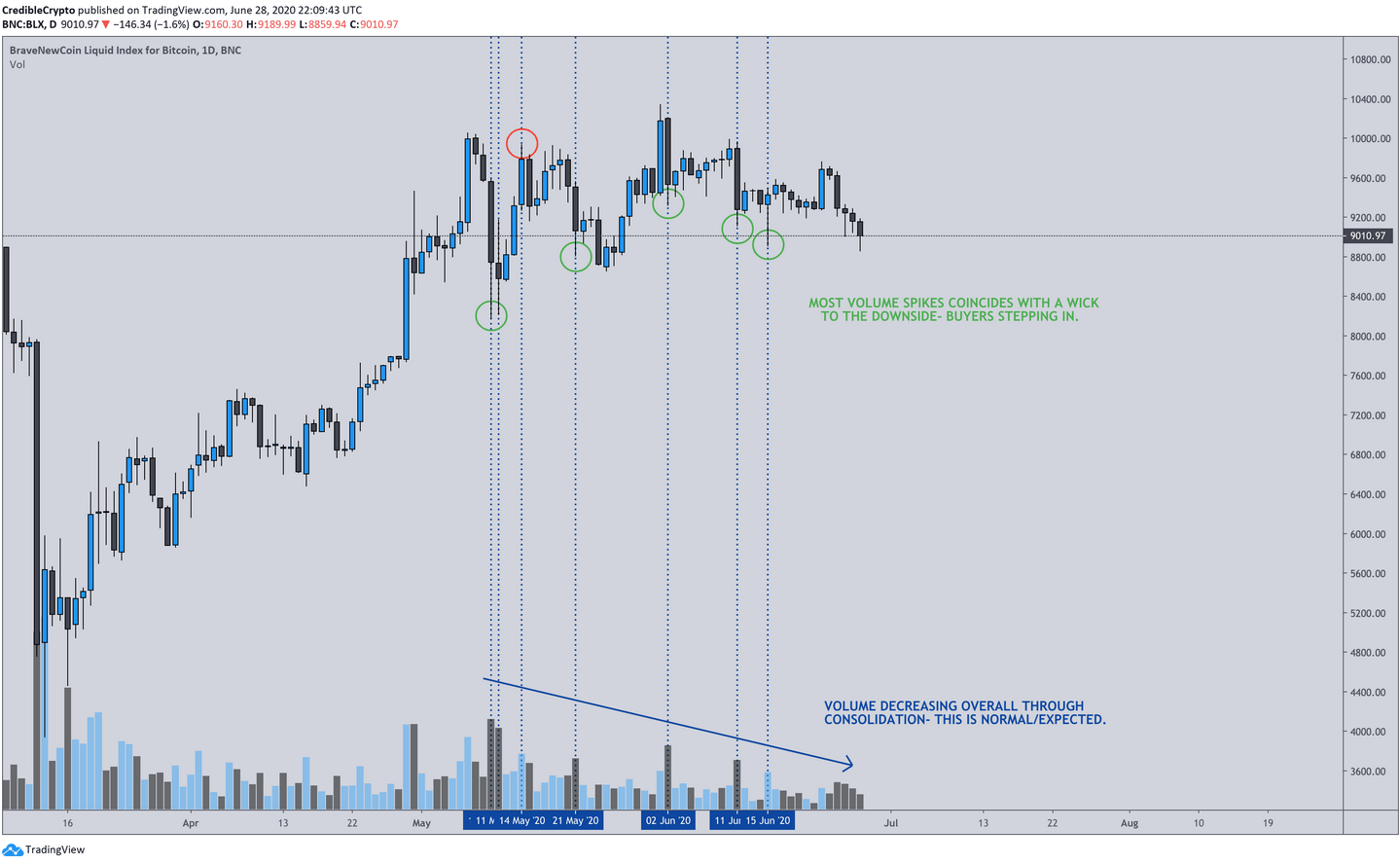