2020 has brought changes to Bitcoin that go beyond its price. The migration of crypto miners from China to the West has gone unnoticed. A Bloomberg report indicates that the drop in electricity prices in the Nordic countries could accelerate the reorganization of mining pools at a global level.

According to the report, Bitcoin’s mining pools that opened operations in Sweden and Norway during 2017 have begun to receive profits. The rally that has pushed the price of Bitcoin to new highs has been a determining factor in the migration of miners.

However, the countries referred to have seen a change in climate dynamics that has led to mild temperatures. Therefore, the Nordic region has had an increase in electricity generation that has allowed prices to “stay close to 0 for long periods,” according to Bloomberg.

Average prices for electricity services in Norway and Sweden have been much lower when compared to other countries in the European Union. The decline in prices has particularly favored the industrial sector. In this sense, Philip Salter, director of operations for Genesis Mining Ltd., said that profits from its operations in Sweden have tripled in 2020, as shown in the following graph. 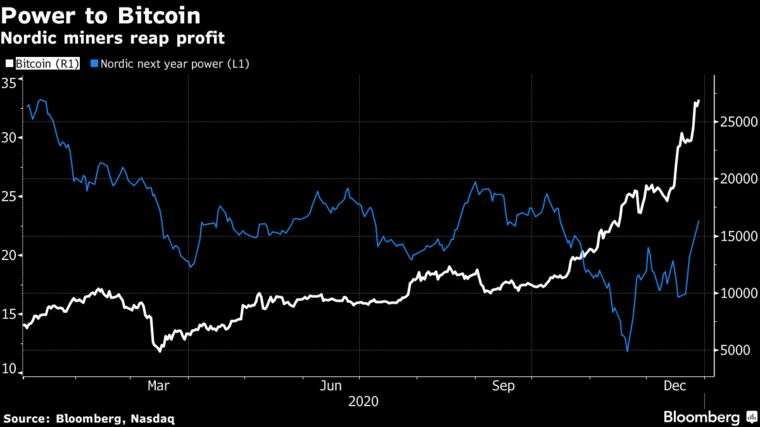 The head of analysis for Wattsight AS, Tor Reier Lilleholt, added that the region has the lowest prices for electricity service in the world. In addition, miners use renewable and coal-free energy with nuclear, wind, or hydroelectric technology. A factor that investors have started to take into account when entering the crypto market. Philip Salter added:

There is a very important strategic shift away from mining in China to mining in western countries like Sweden as Bitcoin investors become more public and want more stability and critical safety. It is one of the biggest developments in Bitcoin mining to look out for.

The Future of Bitcoin Mining (BTC)

World Bank data indicate that prices for electricity service in the Nordic region are lower than in China and have been especially low during 2020. In conjunction with the increase in the price of BTC, miners have been able to increase the size of their operations in the Nordic region. Data from CoinMetrics indicate that miners receive about $2 million per day in fees. 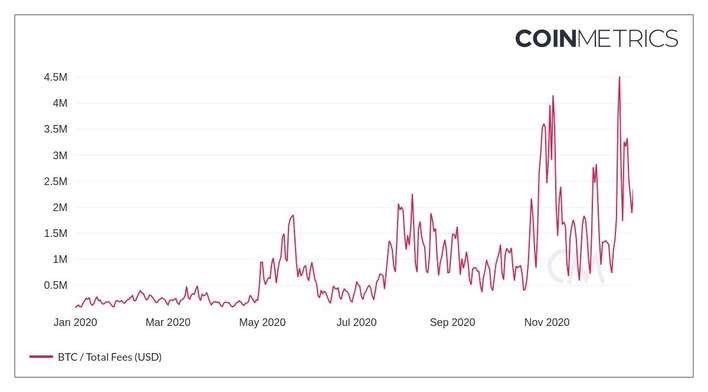 As reported by CNF, Bitcoin miners in China have had a comparatively difficult year. The Chinese government launched an extensive anti-corruption and money laundering operation that froze the accounts and payment methods of the mining pool operators. Crypto exchange executives in China have also been targeted by the authorities.

The Chinese government has not formally banned the trade in cryptocurrencies, but its initiative has complicated the survival of the miners. 74% of the mining operations in China have been suspended as a consequence, according to data from the firm QCP Capital for November.

Bitcoin and Ethereum have been described as “china coins” by important personalities in the crypto space, including Ripple’s CEO Brad Garlinghouse. With the obstacles of operating in the Asian giant and the low electricity costs in the Nordic region, 2021 could be the year in which China loses its status as the most important country for crypto mining.