Bitcoin has been range-bound for the past week, trading in the mid-$30,000s in what has become a sideways market. On Tuesday, it witnessed slight volatility, dipping to trade just above $31,000 before picking up the pace to record its highest daily gain in two weeks at 14 percent. However, since then, it has seemed stuck around $37,000. And according to JPMorgan, there’s a reason for concern.

The month of June has continued to be dark for Bitcoin, with the cryptocurrency now down by over 40 percent this month. Whether it’s the energy consumption debate, the crackdown by the U.S congress, the renewed hostility by the Chinese government or new calls by countries such as the Netherlands to ban it, Bitcoin has had a lot going against it. 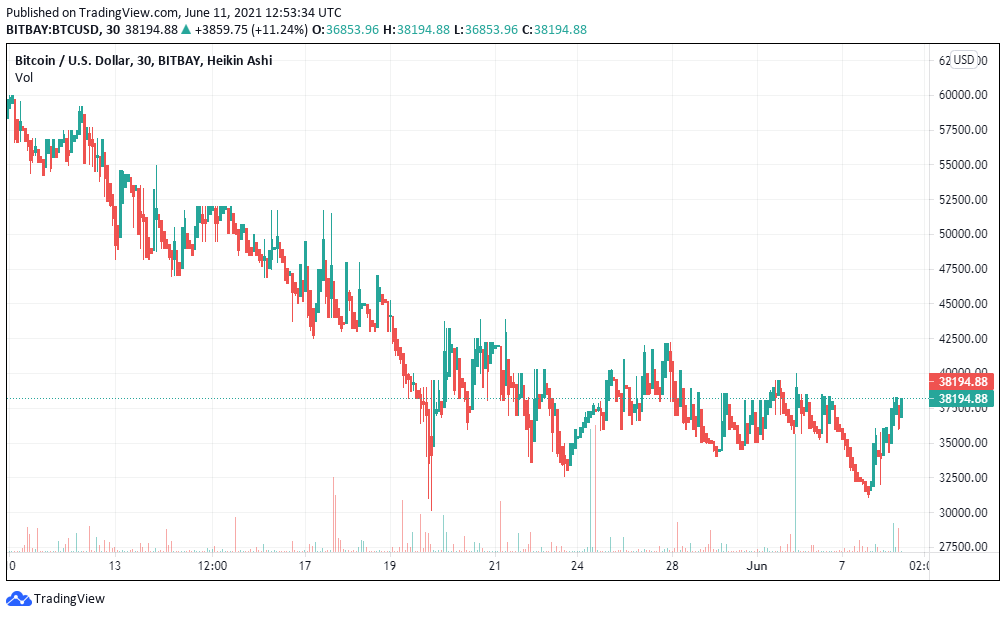 Bitcoin is headed for darker days ahead, the largest bank in the U.S believes. In a note to investors, JPMorgan analysts pointed to a number of factors such as a decline in the futures market as a reason for caution. BTC’s spot price is above its futures price, showing that institutional investors expect it to drop even further.

The analysts remarked, “We believe that the return to backwardation in recent weeks has been a negative signal pointing to a bear market.”

According to the report, which first appeared on Bloomberg, the current BTC futures trend mirrors that of 2018. In that year, BTC lost three-quarters of its value after hitting almost $20,000 in December 2017.

The analysts define backwardation as “an unusual development and a reflection of how weak Bitcoin demand is at the moment from institutional investors who tend to use contracts listed on the Chicago Mercantile Exchange.” 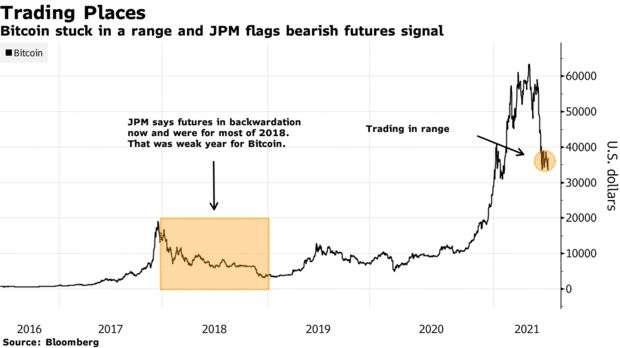 The analysts are further concerned about BTC’s dwindling dominance. At press time, it stands just short of 44 percent. While it has recovered a few points since hitting 40 percent in mid-May, it’s still down from the 72 percent it registered on January 2 this year.

According to JPMorgan, BTC’s dominance must hit at least 50 percent for the bulls to take charge again.