The price of Bitcoin has passed another major milestone after briefly rising above $16,000, trying to break that resistance level. At the time of publication, the cryptocurrency has had a slight setback but seems peg to test new highs. Within the crypto market, the sentiment is more bullish than ever before.

Meanwhile, the Fear and Greed index for BTC is recording “extreme greed” with a score of 87. On average, the metric stood at 56 points over the last month indicating that BTC investors are in “greed” with a positive perception of the market. 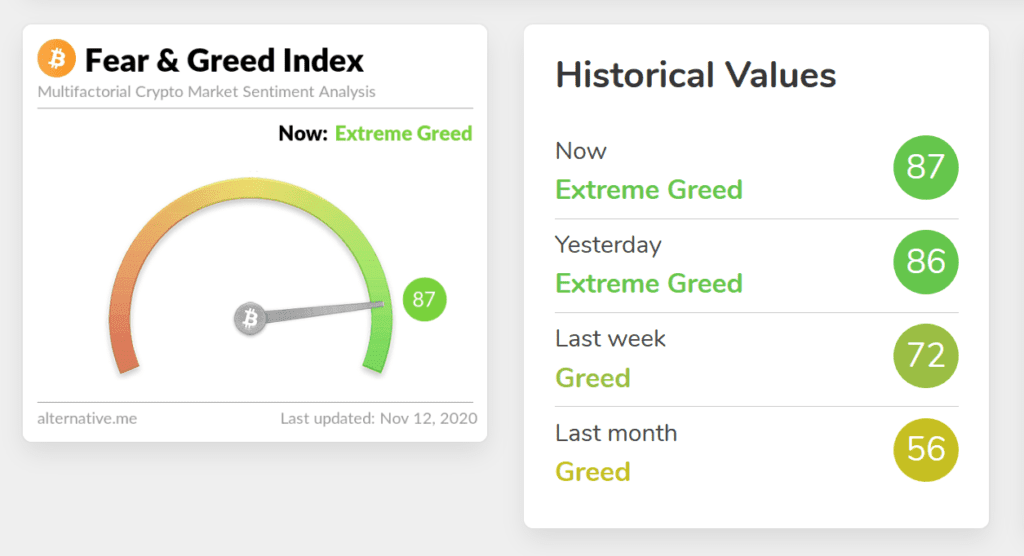 The creator of the “Look Into Bitcoin” platform, Philip Swift, has indicated that Bitcoin’s “greed” levels are also shown in the Unrealized Gain/Loss indicator. Based on this metric, Swift said:

Relative Unrealized Profit/Loss indicator: Has now entered the ‘Greed’ zone on this latest push up by #bitcoin. Sounds bad but actually we can spend large parts of the bull cycle in this area. We are still early with plenty more room to the upside to go. 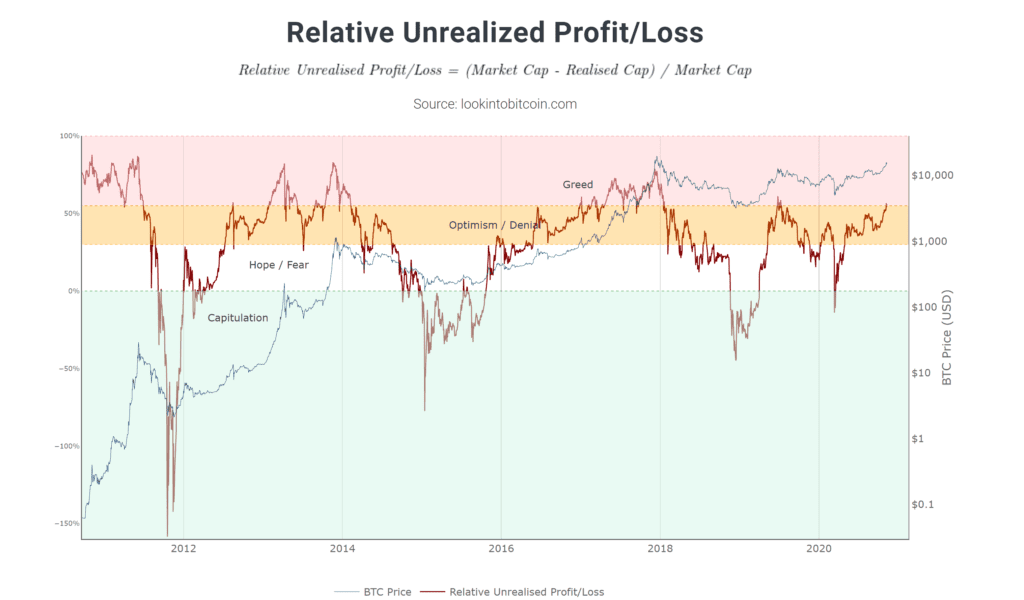 In a later short term analysis, Swift stated that Bitcoin has many upside indicators. Therefore, he expects the BTC price to continue its upward trajectory during the next days and weeks. However, a price correction could occur when BTC reaches $19,000, as shown below. 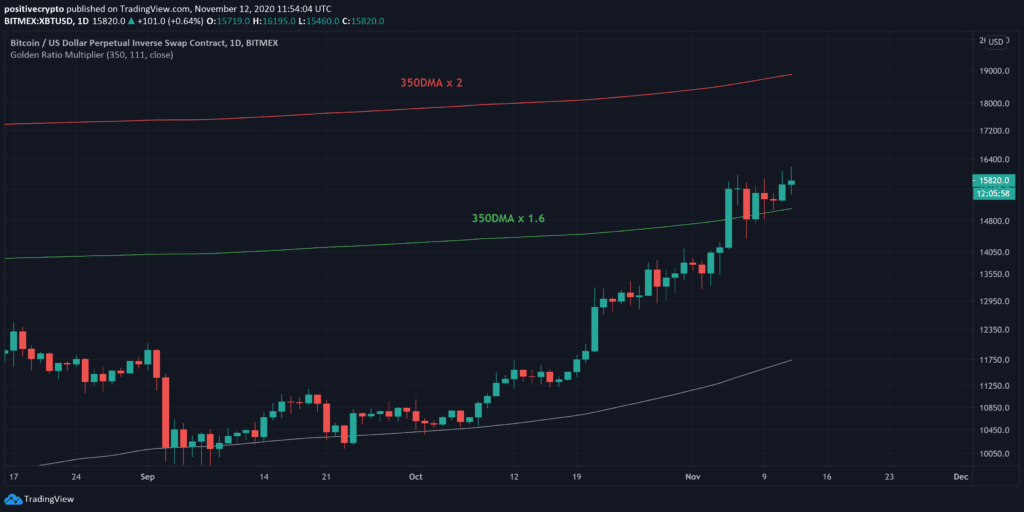 Bitcoin to reach a new all-time high in November

For his part, crypto trader Josh Rager has indicated that Bitcoin has closed above its previous monthly high. Therefore, a 700% or 1000% rally could come next, when considering the historical pattern of the cryptocurrency, as Rager stated:

November could be the first monthly close that we see breaking the previous high and historically that’s been a very bullish sign for the crypto market.

In the short term, a close in the weekly chart above $16,200 could push Bitcoin beyond the $17,000 resistance. In that sense, analyst MacroScope expects a “violent move” for Bitcoin if the cryptocurrency rises above $16,000 and manages to turn the resistance level into support.

In the past, important round-number price levels have been briefly passed but not held. Big moves higher eventually happen after those levels are regained. Show me a few days over 16k.

For the rest of the market Credible Crypto emphasized that the “alt season” will last longer if Bitcoin stays between $16,400 and $14,300. If the BTC price moves out of this range, the alt market could be negatively impacted. 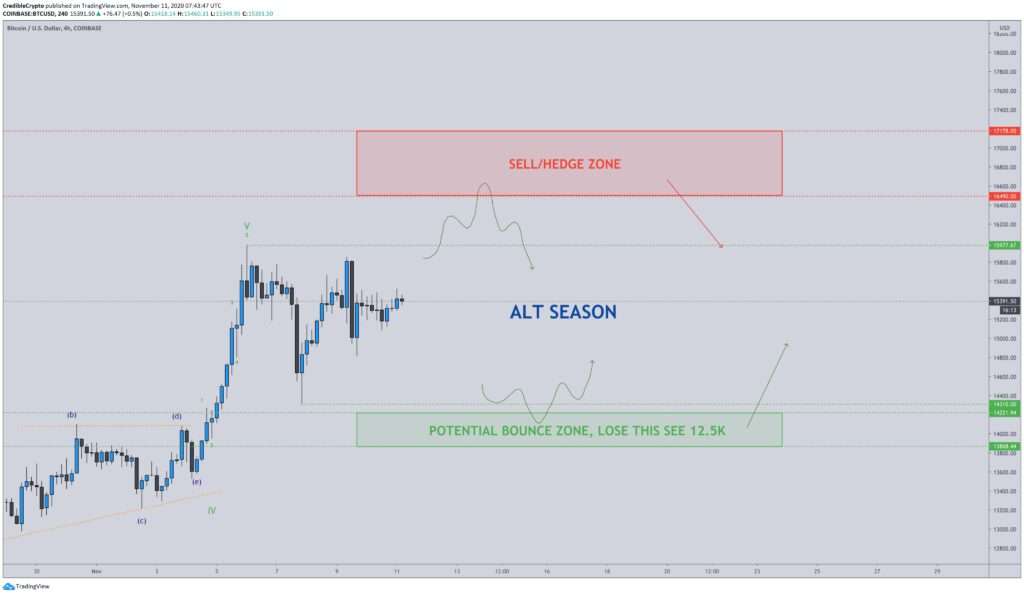