After weeks of stagnation, Bitcoin has showed signs of recovery and is heading towards a major resistance level. Analysts seem to agree that the cryptocurrency has to break the resistance at $10,500 before there is any talk of an upward trend. After several weeks of being rejected before going above that level, Bitcoin dropped to $8,700 on May 23 before returning to the $9,000 range again.

Despite the recovery, analysts agree that Bitcoin is at a crossroad. Based on the behavior of the last few weeks, the cryptocurrency could rise or stay below $10,500. If it does so, a new rally could occur for the BTC. Fundstrat analyst Robert Sluymer had this to say about BTC price:

Next directional move on tap for BTC‘s as bull-bear convictions are about to be tested. Bears can point to the downtrend at 10-10.5K. Bulls have the long-term uptrend (200-week SMA) at their back and the past week’s resilience as BTC’s quickly rebounded from its 200-dma. 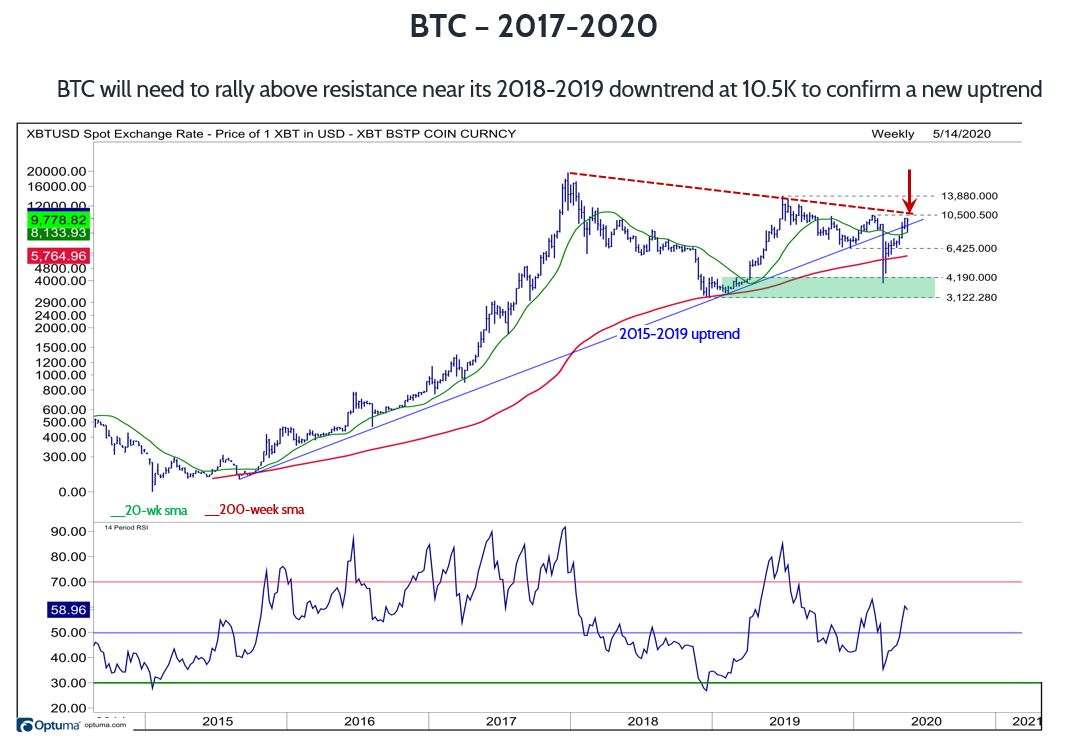 The anonymous analyst “Drcoinn” confirmed on Reddit that Bitcoin’s price is at a key moment for a potential rally. Drcoinn believes that the cryptocurrency could break a 2-year symmetrical triangle and an 8-month horizontal resistance at the $10,500 level as shown in the chart below. 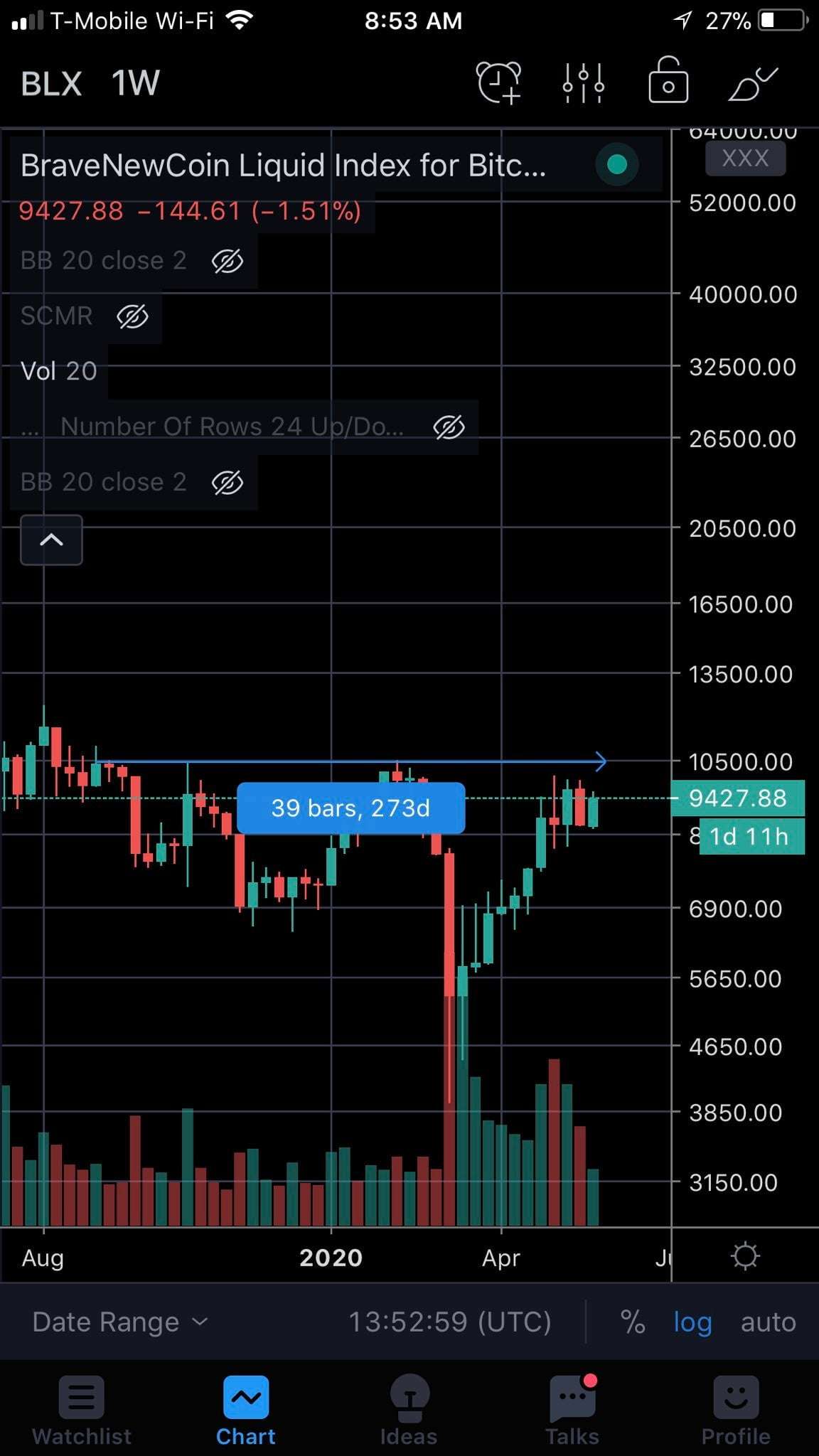 However, data from order books on the Bitfinex exchange shows that Bitcoin could face significant resistance to go above the $10,000 level. The data was shared by analyst and trader Yodaskk via Twitter. As can be seen in the chart below, there is a mass of sell orders near the $10,000 to $10,500 level that could cause the BTC price to bounce back out of that zone again.