For Bitcoin investors, it was once again a case of holding their breath yesterday. After the price tested the $35,000 mark on Monday, BTC fell below $30,000 again yesterday. According to Coinbase data, the downtrend stopped at $29,131 and climbed BTC back above the psychologically important $30,000 mark within the next hour.

As the data from Whale Map shows, Bitcoin had initially bounced off the “whale zone” at $34,970 on Monday and now appears to have gained support at the “whale zone” at $29,314. The chart below shows the prices at which whales have accumulated BTC, with these usually serving as support and resistance levels. For the Bitcoin price, this could make $29,314 the most important price level to preserve the bull market. 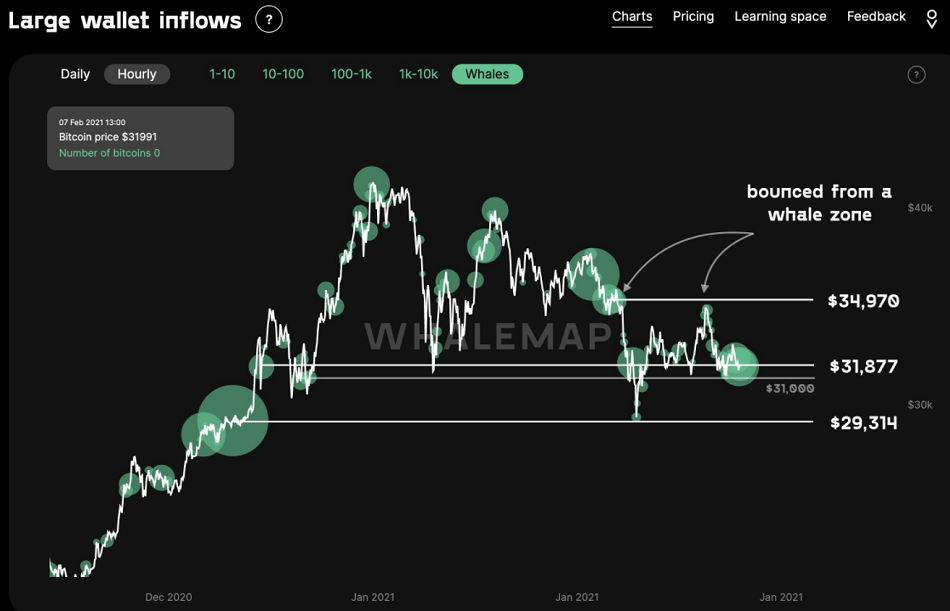 According to experts, there are numerous reasons why bitcoin is currently drawing a downward trend. Besides the fact that the price rise to the new all-time high of $42,000 was extremely rapid and possibly triggered by an unhealthy FOMO momentum, there are also numerous other reasons.

One of them could be strengthening US dollar. As the past shows, a rising U.S. dollar is no friend of Bitcoin bulls. The chart below of the Dollar Index (DXY) from TradingView proves that the greenback has been drawing a clear uptrend since the beginning of the year. Bitcoin’s narrative as a hedge against inflation and the devaluation of the U.S. dollar tends to be weakened by a rising DXY. 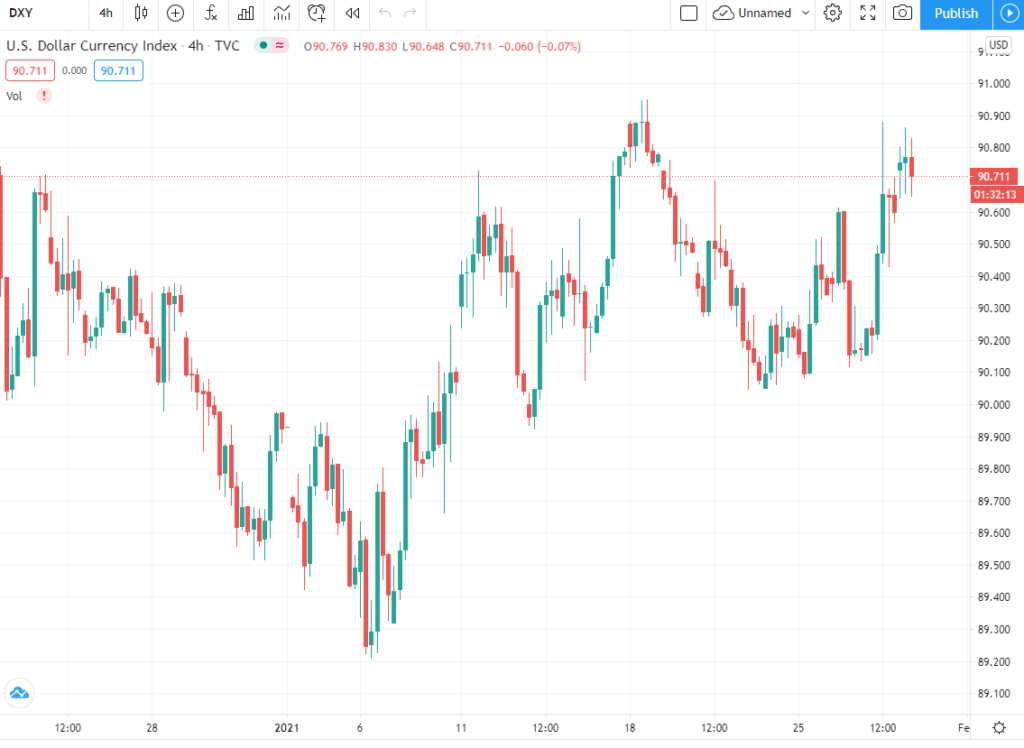 Furthermore, it should be noted that January is traditionally a weaker month for Bitcoin. January heralds a new tax season, which is why Bitcoin performs worse compared to other months. As Delphi Digital elicited, from 2014 to 2020, Bitcoin has traded in the red in four out of seven Januaries and six out of the last seven Marches.

According to the company, one of the main reasons for the decline is that those investors and traders “who made significant profits trading various crypto assets last year will likely need to sell at least some of their holdings to cover expected tax liabilities.”

Another argument could be attention to the “GameStop stock scandal.” Private investors used social media collusion to push small stocks like Gamestop to exorbitant gains, hurting established hedge funds. Bitcoin may thus have briefly slipped out of investors’ focus and lost attention to “Yolo” stocks.

In line with Whale Map’s analysis, Bitcoin whales may also play some role in BTC’s current downtrend. After initially observing a buying pressure from whales on Coinbase, the CEO of CryptoQuant noted that their presence was short-lived. “Coinbase whales gave up buying more $BTC,” resulting in a declining premium on the exchange, according to Ki Young Ju.

However, the CryptoQuant CEO also noted that the price premium shot up after the dip, which could be a bullish sign.

And then premium just skyrocketed…. pic.twitter.com/sdtezKmlvJ

Last but not least, ongoing regulatory uncertainty in the United States could also be a factor. Both the SEC lawsuit against Ripple, which may also affect the entire crypto market, and the still pending lawsuit against Tether (USDT) hover over the crypto market like a sword of Damocles. In addition, the U.S. is in transition to the Biden administration. Since the markets abhor uncertainty, investors may be in a wait-and-see mode at the moment.