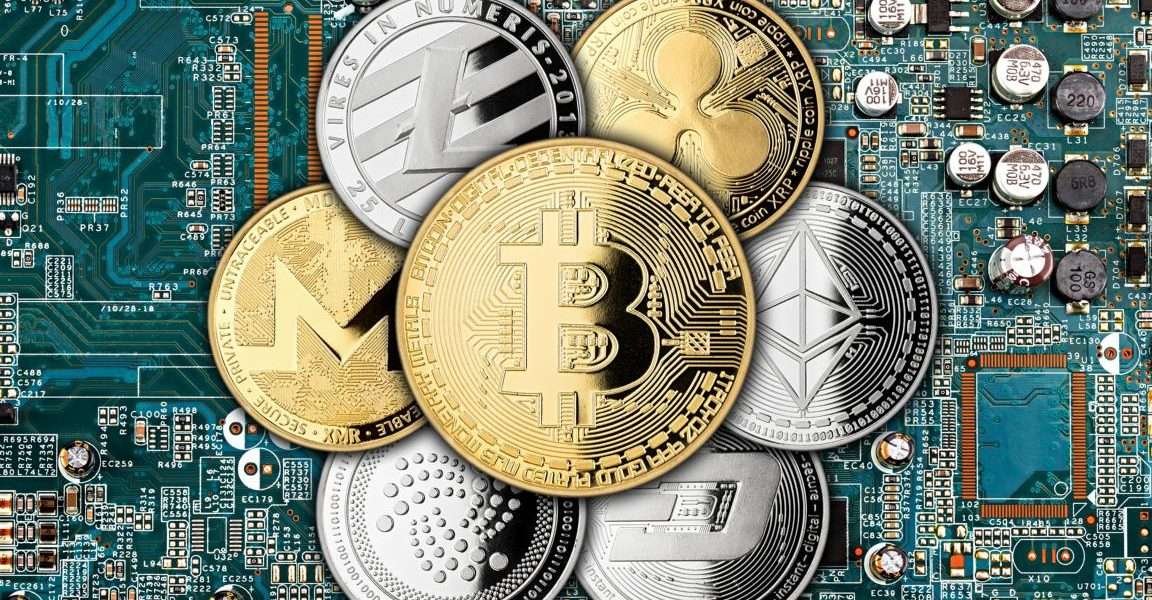 As the end of the year approaches, the “traditional” speculation in the crypto-community about which altcoins will make the highest profits in the coming year is starting again. Continuing the tradition, the CNF team would like to venture its own forecast this year as well.

However, we would like to point out in advance that the following information cannot be regarded as investment advice. The article is for entertainment purposes only. All readers are invited to form their own opinion on the contents of this website and to conduct their own research.

On Twitter we have also set up a poll for all our readers where you can vote for your top pick. You will not find Bitcoin in the following text or on Twitter. From our point of view, there is no question that Bitcoin will remain the “hottest” cryptocurrency and will determine the entire market with its adaptation progress.

In addition to BTC, the following cryptocurrencies could be in the spotlight in our opinion (without any specific order):

Already in 2020 Cardano (ADA) has recorded a fabulous price increase of 335 % since the beginning of the year, and is thus within the top 10 only behind Chainlink (575%) and Ethereum (340%). The ADA price recorded this massive gain primarily in the second half of the year, around the launch of the second development phase (of five) of Cardano named Shelley.

During the first quarter, the third phase, Goguen, will be launched and could trigger a similar, if not greater hype than Shelley. Goguen will add to Cardano the ability to host smart contracts, dapps and other features, including native tokens. Thus, there is a shift from “exclusively” transactions to a smart contract platform (such as Ethereum), which enables partnerships and extensive commercial applications of Cardano by companies.

Cardano inventor Charles Hoskinson has already announced his intention to focus on DeFi. In general, Cardano aims to challenge the supremacy of Ethereum as the leading smart contract platform. A thriving Cardano ecosystem could be very bullish for the ADA price.

Despite a lot of bullish news, the XRP price was trapped in a bear market for a long time in 2020, even as Bitcoin was performing a massive rally. It was only when XRP broke through the $0.30 to $0.34 range on November 21 that the price was able to break the bearish trend that had lasted several years. What then followed, however, was a massive breakout that carried XRP to a temporary $0.72.

Numerous technical analysts believe that XRP could break through the $1.00 mark as early as in the coming weeks. In addition to speculation about the XRP price, the news about Ripple and its efforts could be the main reason for an increasing price of XRP.

As CEO Brad Garlinghouse recently pointed out, the lack of regulatory clarity is the biggest obstacle to the adoption of XRP in the US. Once the “securities issue” is resolved, XRP could experience a strong wave of adoption. According to “BG”, Ripple has about 150 potential customers in the United States who need regulatory clarity before they can use the company’s products.

Ripple’s General Manager Asheesh Birla recently announced that the company is planning an aggressive expansion for XRP in the coming months. In particular, the product On-Demand Liquidity (ODL) and thus XRP is to be further adapted.

In Asia in particular, major adoption progress could be imminent in 2021 thanks to the Japanese financial giant SBI. The SBI Ripple Asia joint venture has been planning for some time to take up to 50% of the transaction volume of the entire Ripple network. Once the infrastructure for ODL is in place, transfers from Japan to other banks in Southeast Asia will be processed via XRP.

Chainlink experienced a massive pump during the DeFi hype in the summer, with the LINK price rising from below $5 at the beginning of July to over $19.10 in mid-August. Once the DeFi space picks up speed again in 2021 and makes adoption progress, including when the problem of high fees is resolved through layer 2 solutions, LINK could experience a similar pump and attack its all-time high.

Another factor is that decentralized exchanges are becoming more and more popular, which also increases the need for oracles that provide reliable and tamper-proof information about price feeds Since Chainlink has competitors but has established itself as the clear market leader in this sector, this could be a decisive factor for a price rally by LINK.

In addition, the market sentiment around LINK is also bullish in the long term. Investment analyst Timothy Peterson conducted a survey on Twitter in November and asked his followers which coin would be the best investment in 2021. Of the 2,677 users who participated, 44.5% voted for Chainlink (LINK).

Which of these do you think will perform the best in 2021? #Bitcoin #Ethereum #Ripple #ChainLink

Although Polkadot is a comparatively young project that still receives little attention in the crypto-community despite being ranked 9th by market capitalization, this could change significantly in 2021. The project of former Ethereum co-founder Gavin Wood only started its mainnet on July 21 this year, but could become a major competitor of Ethereum.

As Messari noted in a mid-year report, the Web3 Foundation-funded project is one of the most financially well-positioned. In October Bloomberg awarded Polkadot the title of “new Ethereum killer”. Even if this statement is exaggerated, Polkadot undoubtedly has great potential.

One area is Polkadot’s DeFi ecosystem, which is still in the process of being established. However, with the stablecoin Acala, the Ocean Protocol (OCEAN), the decentralized autonomous organization Mantra DAO (OM), Rio DeFi (RFUEL), and Polkastarter, the first interesting applications already exist.

Aave is the third largest lending platform in the DeFi space. The token of the protocol has increased by an incredible 4.745% since the beginning of the year. Recently, the token with the LEND ticker was migrated in a ratio of 100 LEND : 1 AAVE. This has made it possible to participate in the governance of the protocol and to perform staking to generate passive revenues. In addition, the supply was reduced. All in all these are bullish arguments for AAVE.

Synthetix offers the possibility to create/coin synthetic assets backed by collateral. Virtually any stock, whether Tesla, Apple or Amazon can be migrated into the crypto world using Synthetix, eliminating the need for expensive brokerage fees from financial institutions and banks. Synthetix will soon deploy its Layer 2 solution on mainnet, eliminating the problem of high gas fees. If Synthetix’s synthetic assets are widely adopted in 2021, the SNX token could also benefit massively, since in order to secure an asset on Synthetix, users will have to buy SNX.

Uniswap is the largest decentralized exchange in the DeFi-Space. Already in October, Uniswap succeeded in doing what most experts probably did not foresee for 2020. At $15.3 billion, Uniswap’s monthly trading volume exceeded the industry leader Coinbase (USD 13.6 billion) and signaled the beginning of a revolution. Should Uniswap succeed in this feat again in 2021, the UNI Token could also be a hot tip as well.