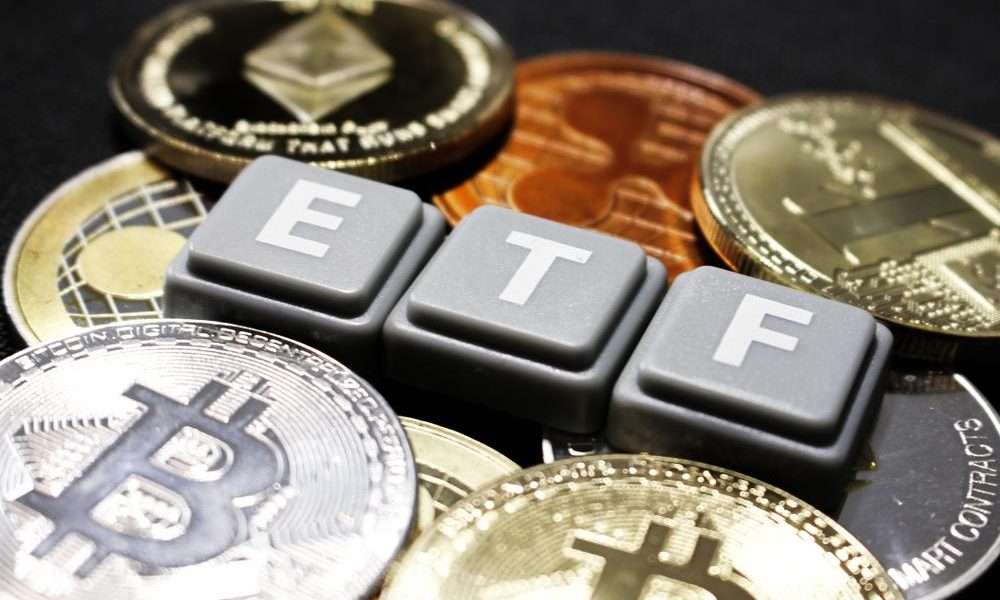 A Bitcoin exchange-traded fund launched in Canada yesterday, and investors were clamoring to get a piece. The ETF recorded a great first day with $80 million worth of trades in just its first hour. It ended the day with over $200 million in trading volume, making it one of the best ETF debuts of all time.

The ETF, which trades under the ticker symbol BTCC, is offered by Canadian firm Purpose Investments. It launched on the Toronto Stock Exchange, making it North America’s first Bitcoin ETF. While several firms have been applying for regulatory approval in the U.S, the SEC has so far shot them all down. An ETF lets investors buy shares of an underlying asset, this time BTC, without having to acquire the asset itself.

Eric Balchunas, a Bloomberg analyst, took to Twitter to reveal what a success the Bitcoin ETF had been. Aside from the impressive trading volume, it also had one of the best spreads – just a penny wide. Balchunas further revealed that the ETF’s volume ranks among the highest in North America’s history. Most record less than $16 million on their first day.

The ETF debuted at a time when the price of Bitcoin is setting new records. The top cryptocurrency is now trading at $52,680, up by over 11% in the past week. A price rally sparked by Elon Musk’s Tesla has yet to subside.

An ETF will take Bitcoin to the mainstream

The BTCC ETF, while not the first in the world, is quite important. It becomes the first in North America, a region that sets the pace in the capital markets. Some analysts believe that this could eventually lead American regulators to approve one for the US market. As it stands, several firms including Bitwise Asset Management and VanEck Associates have seen regulators shoot down their ETFs. The latest to apply is NYDIG, a BTC spinoff of $5.3 billion firm Stone Ridge Asset Management.

Todd Rosenbluth, a director at CFRA Research, believes that the BTCC ETF is a great milestone for Bitcoin. Not only will it draw great investment into BTC, but it will also avail it to investors who were afraid of investing in cryptocurrencies before, he stated.

Speaking to Bloomberg, he added, “There’s sizable untapped interest for a Bitcoin investment that has the benefits of an ETF. While most ETFs come to market globally with an educational hurdle to overcome, many investors are familiar with what is inside BTCC.”

Purpose Investments CEO Som Seif believes that his firm’s BTC ETF will make it “easier than ever” to own BTC. “We believe Bitcoin, as the first and largest asset in the emerging cryptocurrency ecosystem, is poised to continue its growth trajectory and adoption as an alternative asset, further cementing the investment opportunity it presents,” he stated.

Canadian firms have already woken up to the opportunity of venturing into Bitcoin ETFs, following in the footsteps of Purpose. Evolve Funds Group received approval for a BTC ETF from the Ontario Securities Commission on February 17. The ETF is traded under the ticker symbol EBIT, and was launched today, as announced shortly before press time.

Crypto News Flash does not endorse and is not responsible for or liable for any content, accuracy, quality, advertising, products, or other materials on this page. Readers should do their own research before taking any actions related to cryptocurrencies. Crypto News Flash is not responsible, directly or indirectly, for any damage or loss caused or alleged to be caused by or in connection with the use of or reliance on any content, goods, or services mentioned.
Bitcoin BTC BTCC ETF
Previous ArticleWisebitcoin launches giveaway program of 1,000 USDT
Next Article Secure Digital Markets (SDM) extends its support to the newly launched stablecoin ZUSD