As CryptoQuant CEO Ki Young Ju discussed, a whale war is currently raging between US institutional investors, BTC whales, and miners over “who got the real power.” US institutional investors are giving a clear “buy” signal through Coinbase outflows as well as the Coinbase price premium. BTC whales are also in a buying mood at current levels as evidenced by BTC reserve and stablecoin inflow transactions.

However, once again the mining sector seems to have a different opinion. As Ju elicited, miner outflows and miner to exchange flows are giving a clear “Sell” signal.

It's a whale war, and you know who got the real power.

Mining pool owners, such as F2Pool, who have been the focus of attention in recent weeks, are not to blame, however, as Ju points out. The outflows come “from affiliated miners who have participated in the mining pool at least once.”

But as Moskovski Capital analyst and CEO Lex Moskovski first observed yesterday, the trend may be turning. After Friday became the first day in two months (since December 27) when miners’ position change turned positive, the trend was confirmed yesterday (Saturday) as well. Moskovski shared the chart below from Glassnode and stated:

Miner pools are still accumulating on aggregate. Yesterday there was another positive MNPC. Despite some selling pressure today the outlook is still positive. 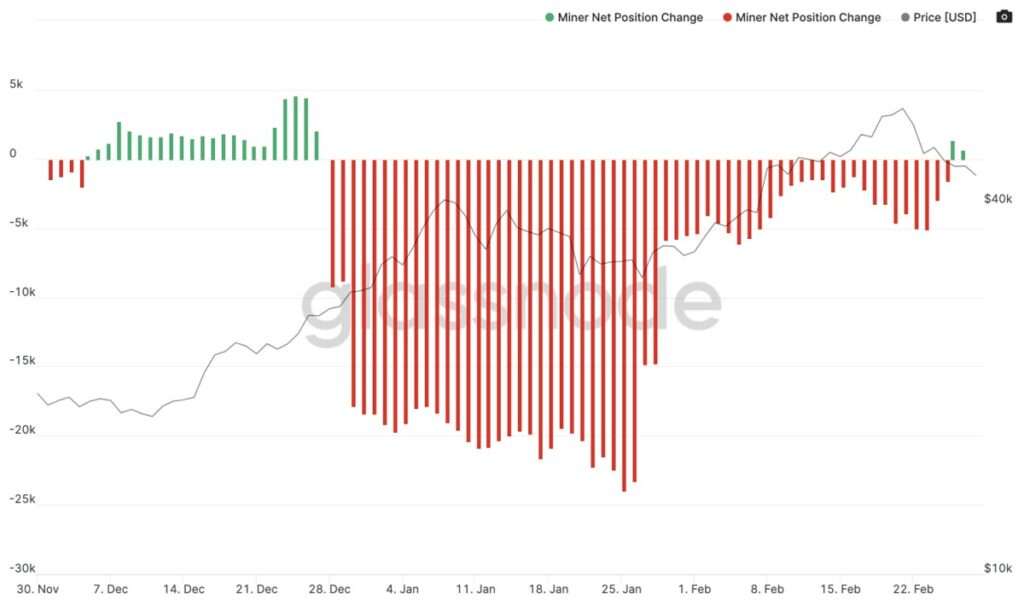 Even though it seems that the war conjured up by Ju could end, this is not yet reflected in the Bitcoin price at the moment. Therefore, all eyes could possibly be on tomorrow, Monday, when institutional investors return. As technical analyst Josh Rager noted, Sunday and Monday are notorious for large price moves.

Meanwhile, one of the well-known on analysts, Willy Woo, referred to the “UTXO Realized Price Distribution” indicator and stated that any dip below $45,000 is a “no-brainer” to buy the dip:

UTXO Realized Price Distribution. This is the on-chain, more precise version of volume profile. The peaks represent the price where most coins changed hands.

$45k upwards is very strong support. Any dip (if you’re are lucky) into $39k is a no-brainer BTFD [Buy the fucking dip]. 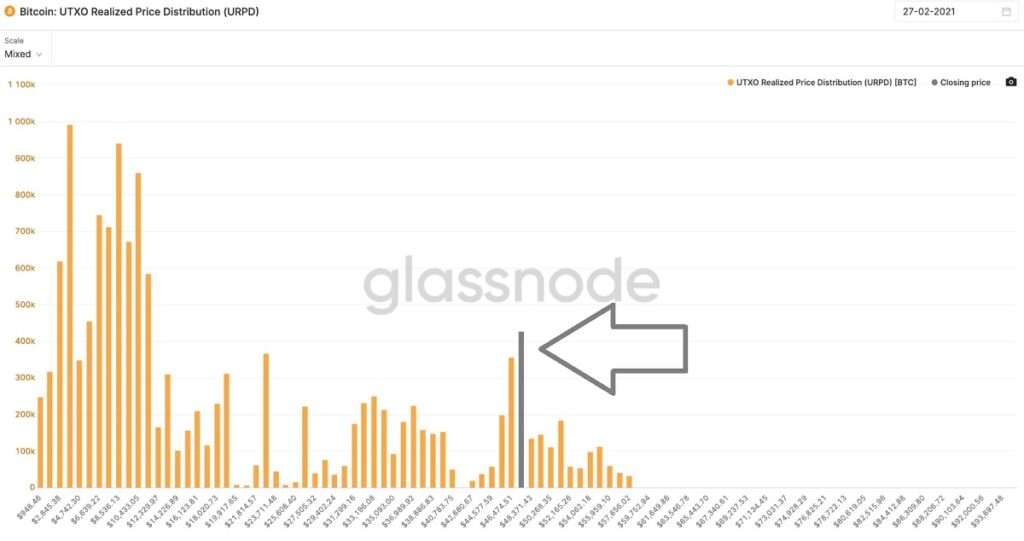