Bitcoin is currently still struggling to hold the important $16,000 mark. After the price broke through this mark on Thursday, Bitcoin fell below it again at the time of writing ($15,956). Despite the current stop of the massive price rally, which has caused Bitcoin to rise by more than 2,000 USD from below 13,900 USD since the beginning of November, analysts of the crypto market are still bullish.

This is also the case for Josh Rager, who recently shared the two charts shown below via Twitter. On the left is Bitcoin’s one-day chart from late 2017 and early 2018, and on the right is BTC’s daily chart from the past few weeks. The chart on the left shows that Bitcoin interacted with three levels several times during the recovery in late 2017 and early 2018: $16,173, $16,600 and $17,150.

The current chart of BTC on the right side shows that the price is currently approaching these technical levels. Given their historical significance, it is therefore not unlikely that they will initially act as resistance, as Rager explained:

In a tweet today, Rager also added to his analysis, stating that he would like to see a “nice steady grind of up to $17,000 USD over the weekend”. However, after the massive rally of over 50% over the past 30 days, some analysts are also warning that the market is overheating, as evidenced by the Fear and Greed Index, which is approaching its 2017 highs.

Some analysts therefore expect a drawback to around $14.000 in the short to medium term. One of these analysts is Credible Crypto. According to the analyst, the “sell/hedge zone” is around $16,490. A drop to $14,300, on the other hand, is unproblematic. Should BTC break this zone downwards, a fall to as much as $12,500 could be imminent. In summary, Credible Crypto wrote:

Don’t get carried away in the excitement. A reminder of where we currently are..pullback highly likely soon. Sorry to be a debbie downer, just a reminder to keep a level head as we push into HTF resistance. 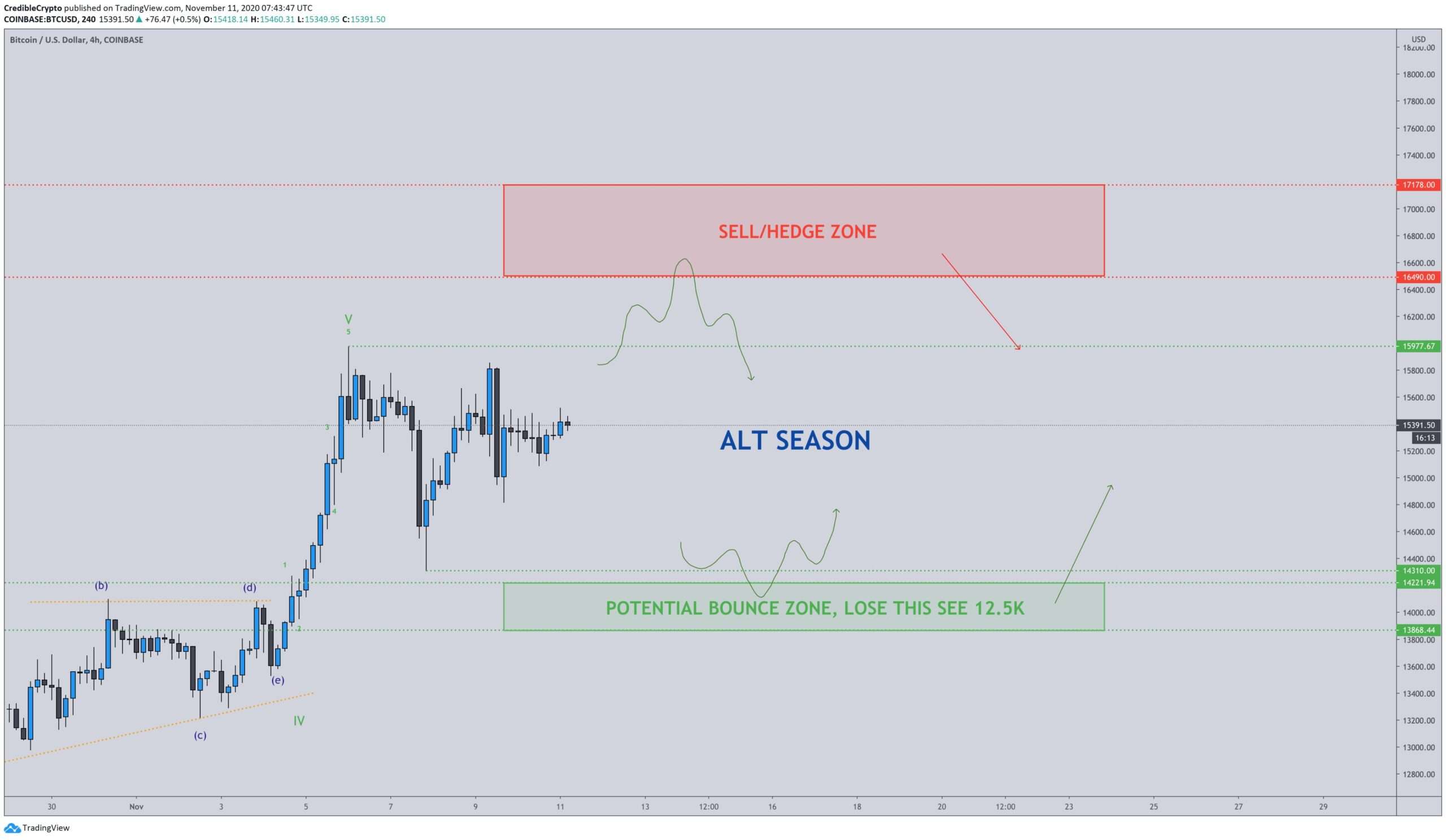 The number of Bitcoin whales continues to increase