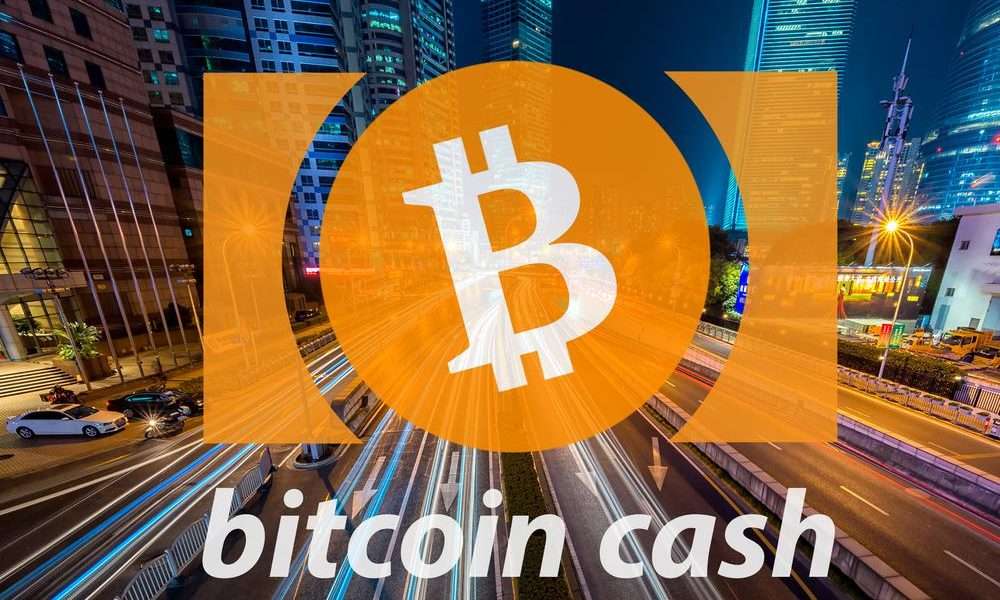 The developers of Bitcoin Cash have done it again. After a new fork of the network had been announced in August, the hard fork was activated yesterday, November 15. Currently, there is  a clear winner in the dispute between the developer teams of Bitcoin Cash ABC (BCH ABC) and Bitcoin Cash Node (BCHN).

At the time of writing, according to Coindance, all 73 blocks have been mined after the hard fork through a mining pool using the BCHN software, and none have been mined using BCH ABC. A look at the hash rate of both competing parties also shows that BCHN has won over the majority of the miners. However, the chart also shows that there was a sharp drop in the hash rate after the hard fork. 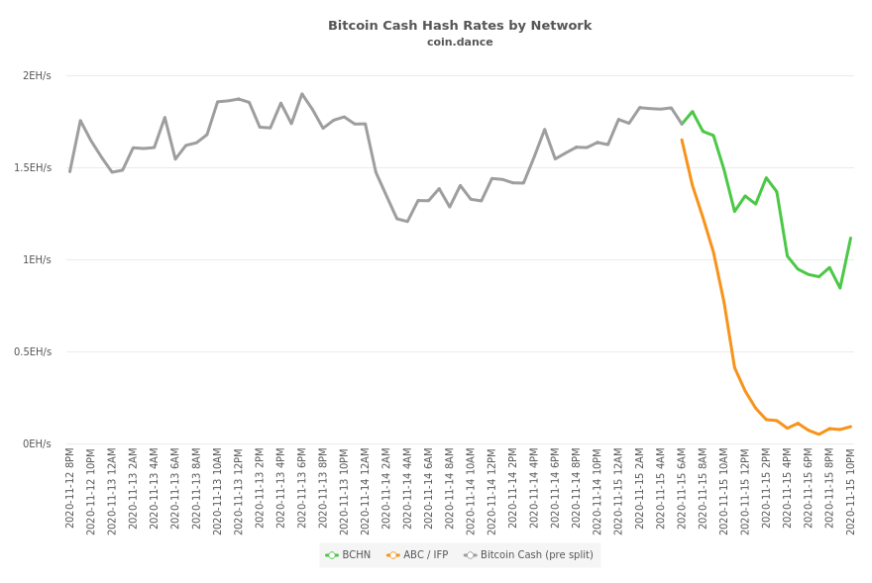 The “victory” of BCHN is no surprise. Even before the hard fork, 80% of the miners signaled their support for BCHN, presumably not least because BCH ABC will introduce a change in their own sense. As things stand at present, it can therefore be assumed that BCHN will inherit the ticker symbol “BCH” as the “original” Bitcoin Cash.

Moreover, most major crypto exchanges had announced in advance that they would support BCHN. One of them is Coinbase, which had already declared on November 05 that it would support the BCHN:

Prior to the fork, Coinbase will run BCHN nodes and expects that it will be the dominant chain post fork. […] Once the fork is complete, please be aware that we will NOT support BCH ABC forked coin sends/receives on https://coinbase.com or Coinbase Pro.

Binance however did not exclude the possibility that there will be two coins after the fork, which the exchange would also distribute. On November 3rd Binance wrote:

The two likely scenarios to occur with the Bitcoin Cash ABC (BCHA) and Bitcoin Cash Node (BCHN) contentious hard fork are:
Scenario A: The fork results in two competing chains. Binance will credit users with BCH from the chain with the most work done. We will then also credit users with the coin from the minority chain at a ratio of 1:1 based on the snapshot of BCH balances at 2020/11/15 12:00 PM (UTC) as stated above. Further details regarding this distribution will be stated in a separate announcement.
Scenario B: No new coin is created. Binance will then resume BCH deposits and withdrawals as soon as possible.

Whether the BCH ABC can attract enough hash power to form a viable blockchain was not clear at the time of writing. However, it could well be that there are no “free coins” and the BCH ABC blockchain could theoretically “disappear”.

The story behind the Bitcoin Cash hard fork

As reported by CNF, the hard fork is based on an update of Bitcoin ABC’s implementation of Bitcoin Cash announced in August. Among other changes, the chief developer of Bitcoin ABC, Amaury Séchet, had proposed a new “Coinbase rule”, which provides that 8% of the mined BCH be directed to Bitcoin ABC to finance the development of the protocol.

However, the BCHN camp around Roger Ver was against the implementation of the new “Coinbase rule”. As Ver explained, the change contributes to the centralization of the network and is “a Soviet style central planner’s dream come true”.