Although Bitcoin has managed to recover after “Black Thursday” and is close to touching the levels it had before that crash, the cryptocurrency has not been able to pass the $10,000 mark and remains trapped in that price range. At the time of publication, Bitcoin is trading at $9,749 and has moved sideways (-0.13%) in the last 24 hours. It still shows an upward trend in the weekly and monthly charts with gains of 11.14% and 37% respectively.

What does a golden cross mean for Bitcoin?

This same pattern served to predict the rise of BTC to its all-time high in 2017, when it reached $20,000. Analyst Nunya Bizniz supports this theory that the golden cross is bullish and further outlines: 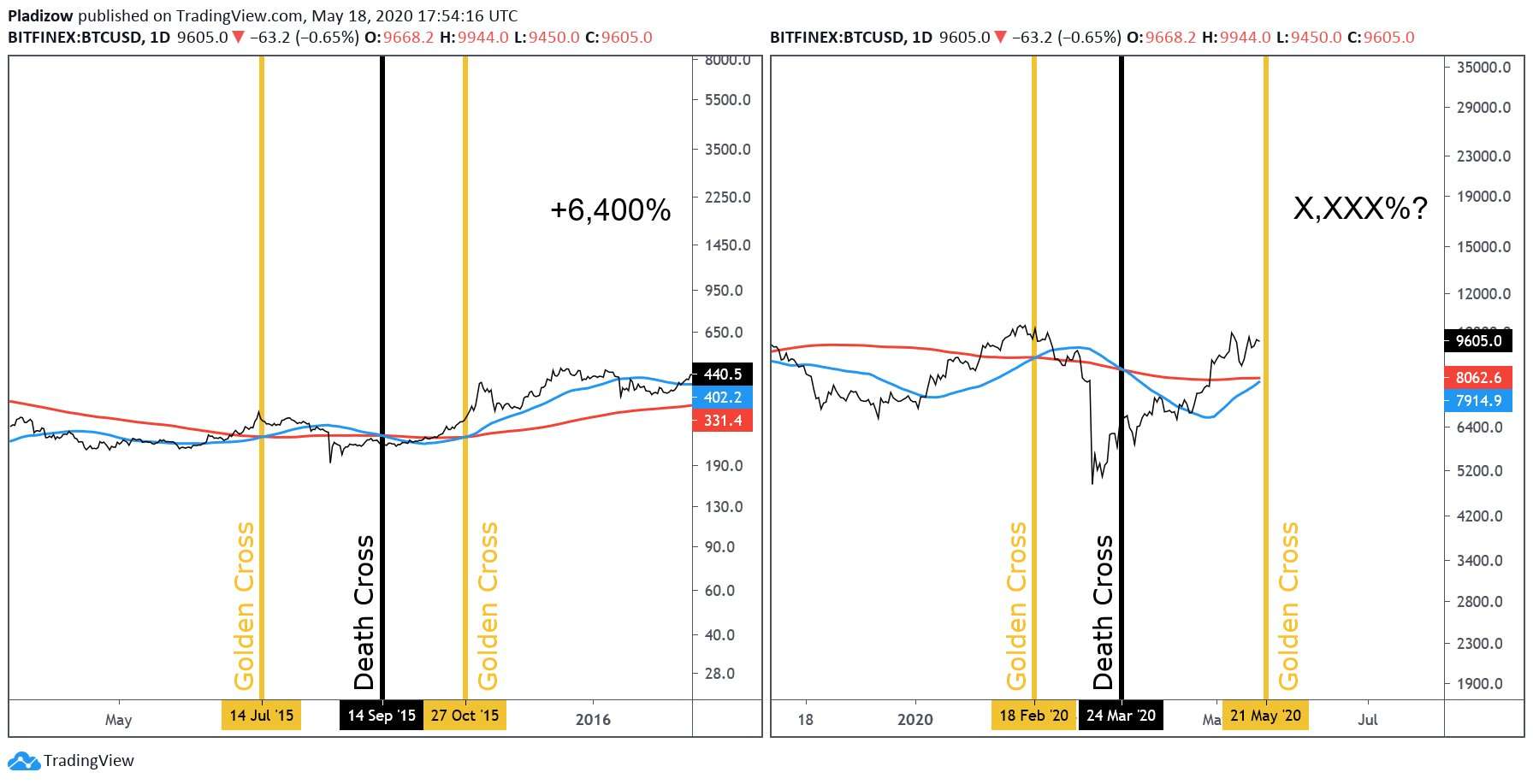 In 2019, Bitcoin also formed a golden cross that preceded a 160% rise, as Cryptowatch user notes. However, other analysts have recommended caution with the technical indicator. These analysts point out that the golden cross that the Bitcoin chart recorded earlier in the year preceded the March crash. Therefore, they expect a similar collapse to occur.

They also indicate that this pattern is flawed. This is why analysts have failed to predict the behavior of BTC when it has formed a golden cross. These analysts call the golden cross a “trader’s trap”. However, the prevailing market sentiment is bullish. Adamant Capital founding partner Tuur Demeester, for example, recently said he expects a rally for BTC.

Demeester said that the first cryptocurrency per market cap will rise to between $50,000 and $100,000. He added that Bitcoin’s fundamentals are strong enough to withstand a rally in this range. He also said that the U.S. Federal Reserve’s monetary policy is part of the bullish case for BTC:

**= Risk warning: 62% of retail CFD accounts lose money when trading CFDs from this provider.
Last updated on May 20, 2020
Bitcoin BTC
Previous ArticleUsers in France can buy Tezos in 10.000 stores due to Digycode
Next Article Interview: CO2 footprint of Ripple (XRP) 10 million times lower than Bitcoin’s