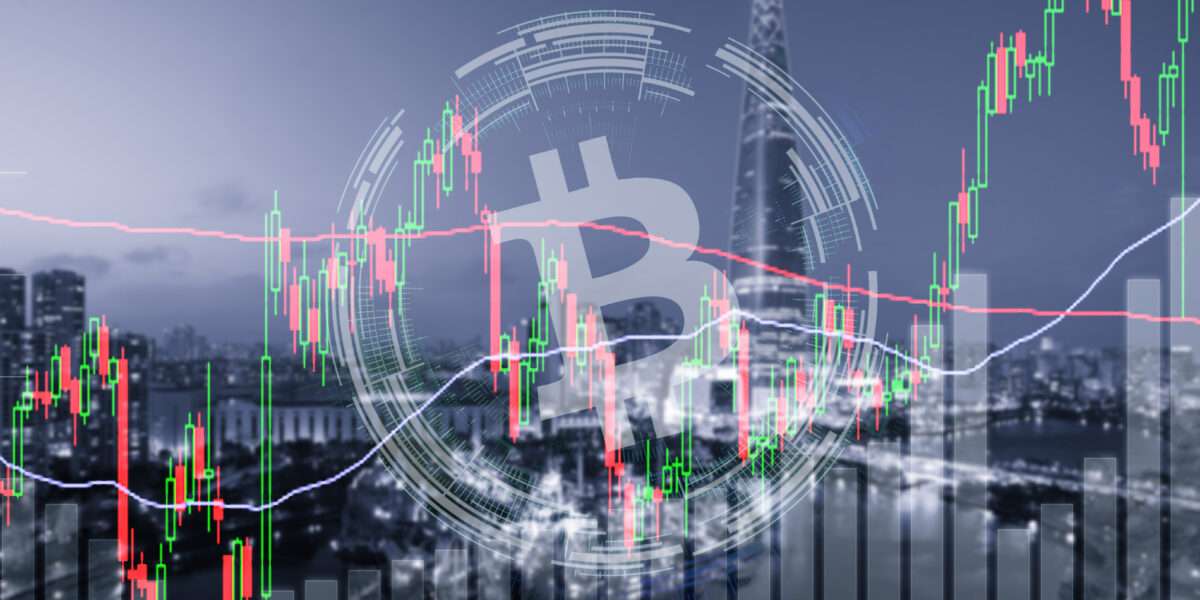 Bitcoin’s rally has slow down somewhat after reaching a new all-time high earlier this week. However, the market remains bullish. The new consensus is that Bitcoin could be at $100,000 by Q2, 2021. At the time of publication, Bitcoin’s price stood at $46,123 with a loss of 2.3% in the last 24 hours. On the weekly and monthly charts, BTC is posting significant gains with 21.1% and 27.3% respectively. The market capitalization has risen to $845 billion.

According to Whalemap, Bitcoin has established support at $44.214. As the name of the data aggregator suggests, the analysis is based on the prices at which whales have accumulated BTC, as these usually serve as support and resistance levels. Should the price fall below $44,214, Whalemap believes that Bitcoin will find its next support in the range between $39,843 and $37,775. 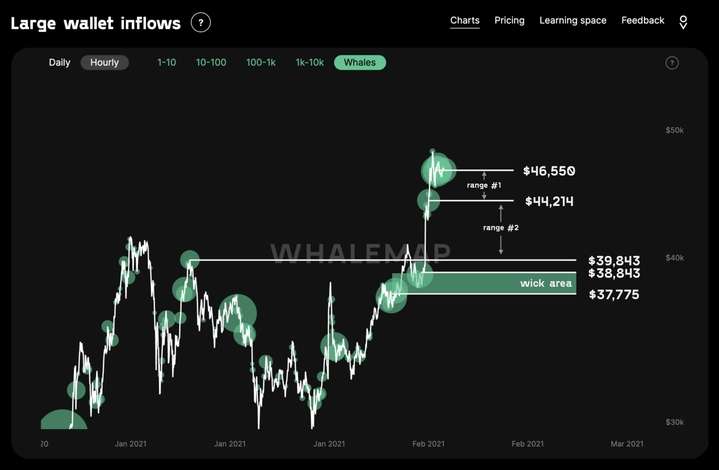 Trader Bitcoin Jack has set support for the region between $41,000 and $43,000. The trader believes there is a “giant inefficiency gap” between $39,000 and $41,000. Otherwise, he believes that a continuation of the recent bullish move is likely if the Bitcoin price manages to stay above $45,000.

As a bullish scenario, Bitcoin Jack posited a rise towards $48,500, as shown in the chart below. If a rejection occurs, BTC could drop towards the “inefficiency gap”. Furthermore, the trader advised investors to take caution, if the price goes down as it will go down fast due to a combination of factors, including excess bullish sentiment and high open interest in the derivatives market. 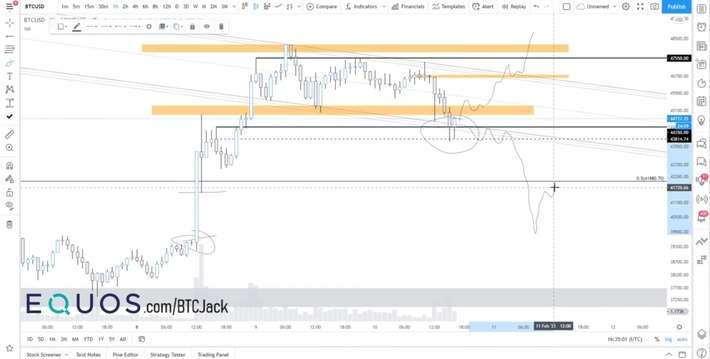 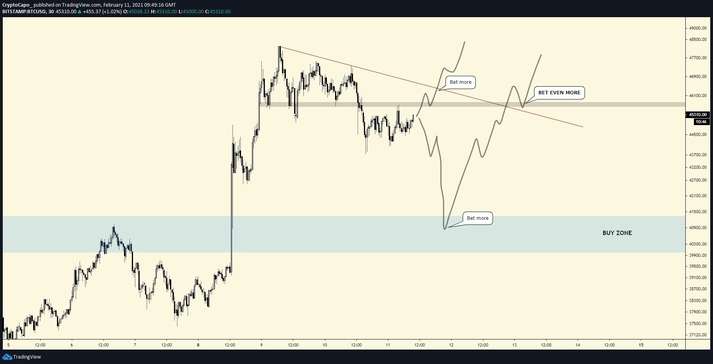 Bitcoin, one coin to rule them all

In the meantime, institutional investment continues to play an important role, and it looks like it will continue through 2021. Analyst MacroScope has registered at least 3 new investment firms that have filed with the U.S. Securities and Exchange Commission (SEC) to invest in bitcoin through the Grayscale Bitcoin Trust (GBTC).

These include investment firms Boston Private Wealth, Ventura Wealth Management and McGowanGroup Asset. In total, these firms have purchased more than 170,000 shares in the Grayscale Bitcoin Fund (GBTC).

Tesla’s Bitcoin purchase has been a major catalyst for Bitcoin’s price and could inspire others to follow in its footsteps. And Elon Musk continues to show his support for Bitcoin to his 46 million followers on Twitter, indicating that the “Elon rally” could be extended.

Frodo was the underdoge,
All thought he would fail,
Himself most of all. pic.twitter.com/zGxJFDzzrM

Meanwhile, the creator of Bitcoin’s Stock to Flow model, Plan B, has presented an update to his model that puts Bitcoin at $100,000 between April and September 2021.

#bitcoin on track for $100K between April and September pic.twitter.com/Q6BOb2FrGZ

On the institutional side, Bloomberg Intelligence seems equally bullish. Senior Strategist Mike McGlone puts $100,000 as a potential price due to the participation of Tesla, MicroStrategy, and other traditional market giants. In parallel, the approval of a Bitcoin ETF in 2021 could further increase interest in the benchmark cryptocurrency.

#MicroStrategy, #PayPal, #Tesla, #Bitcoin #ETFs and $100,000 Potential — Much of understanding markets is about what to look forward to, and we see the potential positive iterations for Bitcoin continuing to outweigh the risks. pic.twitter.com/5HCS4QFuFN