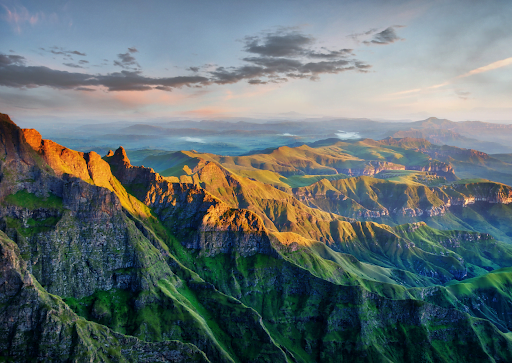 Cryptocurrency adoption is soaring on an African continent that amassed more than $105.6 billion worth of crypto value, according to a report from the blockchain analysis platform Chainalysis last year. Meanwhile, cryptocurrency transaction volumes grew by an astonishing 1,200% between July 2020 and July 2021, the same company said.

It’s a rate of adoption that suggests cryptocurrency is rapidly taking hold among the African masses, most especially in countries such as Kenya, Togo, Nigeria, Ghana, South Africa, and Tanzania, all of which ranked in the top 20 of the Chainalysis’ 2021 Global Crypto Adoption Index.

Digging deeper into Chainalysis’ figures, we can see that the transaction volume of crypto for retail-sized transfers reached 7%, versus a global average of just 5.5%.

The reasons for the cryptocurrency boom in Africa are all speculative, with the general consensus being that it’s fueled by the continent’s young population, many of whom feel that virtual currencies are a much safer and more trustworthy alternative to unstable and often over-inflated local fiat currencies.

Africa’s young, tech-savvy population has had no trouble in adapting quickly to use crypto, which provides an accessible and friendly alternative to the complex and heavily-bureaucratic traditional banking systems that plague many African nations.

Governments Give Crypto The Short Shrift

Despite the growing wave of interest in crypto, a sizeable chunk of African governments have taken a less than friendly stance to the idea of virtual currencies. Nowhere is this better exemplified than in Nigeria, where a staggering one in three people have already reported using crypto to make at least one transaction, making it the world’s largest crypto market in terms of users.

But that didn’t stop Nigeria’s central bank from putting its foot down last year, banning the country’s financial institutions from enabling cryptocurrency transactions in what was viewed as a major clampdown. With that move, Nigeria joined 23 other African nations that have either totally or partially banned cryptocurrency trading.

However, Nigeria’s cryptocurrency enthusiasts seem undeterred by their government’s prohibition. Due to the ban on banks getting involved with crypto, more and more Nigerians have instead turned to peer-to-peer platforms such as Paxful and LocalBitcoins, where people can trade crypto for cash amongst themselves without the need for any institution. P2P sites offer people a way to sidestep stringent financial regulations. They can still use centralized cryptocurrency exchanges to trade, of course, and then turn to P2P sites whenever they wish to cash out into local currency.

Adedeji Owonibi, CEO of Convexity, a Nigerian blockchain consultancy firm, told Chainalysis a large number of Nigerians are using informal chat groups on messaging apps such as WhatsApp and Telegram to arrange transactions.

This apparent inability of African governments to ban crypto has prompted other nations to take a far more relaxed approach to the space. While no African country has gone as far as El Salvador and actually attempted to legalize crypto, a number of them have adopted what might be considered a ‘Wild West’ approach of simply letting people do what they want.

That’s the case in Kenya, which does not prohibit cryptocurrency in any way but has cautioned the public against using Bitcoin and other digital coins. The Central Bank of Kenya in 2015 issued a statement saying that Bitcoin is not legal tender and there are no protections in place for businesses that lose money in transactions. However, it did not go as far as banning Bitcoin or other cryptocurrencies and has stayed largely silent on the issue ever since.

By creating a kind of regulatory sandbox around crypto, Kenya has emerged as a hub of transaction activity. According to Chainalysis, the country saw Bitcoin trading volume total $55 million in 2020, the second-highest volume in Africa after Nigeria. Meanwhile, the Africa Legal Network estimated that Kenyans collectively held around $1.5 billion worth of Bitcoin in 2018, equating to 2.3% of the nation’s GDP.

Another African nation that’s mulling an even more open approach to cryptocurrency is Zambia, whose President Hakainde Hichilema earlier this year met with one of the world’s most prominent cryptocurrency personalities, Ethereum co-founder Vitalik Buterin.

Following that meeting, Buterin voiced his support for the country’s plans to create a regulatory environment that’s designed to attract blockchain and cryptocurrency startups to the country with the promise of tax incentives and easy-to-obtain residency and work permits.

The possibility of Zambia opening up to crypto investors has reportedly led to a renewed surge of interest in cryptocurrency among its population. A recent analysis by AAX Academy found for example that Google Trends’ data shows that the search term “Yellow Card” has suddenly emerged as a breakout keyword in the country, following a move by the Nigerian cryptocurrency exchange YellowCard to enable Zambian Kwacha deposits. As a result, Zambians can now buy and sell Bitcoin directly on that platform using their local currency.

For now, it remains to be seen just how open to cryptocurrency Zambia will really become. What is clear though is that the African people, at least, are extremely bullish on crypto in general. Moreover, there’s a clear correlation between increased user adoption and transaction volume in African countries that have announced a less restrictive approach to the idea of virtual currency.

It’ll be interesting to see which African nations take heed of that fact and embrace their citizens’ love of crypto with friendly regulations. With the rest of the world still hesitant on crypto, Africans have a unique opportunity to steal a march on more developed nations and become early adopters of what could be one of the most transformational technologies of our time.