Ethereum’s price rose sharply after the announcement of the official start of the deposit contract on November 04 and stabilized along the $460 mark. Within the last 24 hours, ETH recorded a plus of 2.72 % to a price of $461.80. The market capitalization is $52.71 billion.

The immediate launch of Ethereum 2.0 is seen as a catalyst for a soon rising ETH course. So far, 52,993 ETH of 524,288 ETH have been deposited so that the Beacon Chain can start as planned on December 1, 2020. The Community shows up further optimistically that this starting date can be also held. However, in addition to these upcoming milestones, analyst Pentoshi also sees great potential in EIP-1559, which could catapult next year’s ETH Prize to over $1,000.

EIP-1559 is a proposal to change the charging mechanism used to validate transactions on the Ethereum blockchain. The current model works in the same way as Bitcoin by paying a fee that encourages miners to validate a transaction. The higher the fee, the faster the transaction is validated.

EIP-1559 proposes to modify the model to implement a specific parameter for the prime rate calculated by the protocol. For each completed transaction, a part of the fees should be distributed to the miners, the other 50%, the so-called “space fee” should be burned.

This would provide the Ethereum network with a “deflationary mechanism” that could have a long-term positive impact on the ETH price. The more the network is used, the more ETH would be burned. Industry experts, such as Ethereum Core Developer Eric Conner, note that the proposal would benefit all investors and not just ETH whales.

Pentosi claims that, if the proposal is accepted and implemented, the annual expenditure would be reduced from 4% to 1.5%, and that this alone could lead to a strong increase in the ETH share price:

Ryan Sean Adams shares a similar opinion, and says on Twitter that Eth2.0, ETH staking and many other technical developments are not yet “priced in” on the current price.

Eth2 is not priced in

ETH staking is not priced in

ETH as money is not priced in

Ethereum DeFi is not priced in

The implementation of EIP-1559 in combination with the launch of ETH 2.0 could therefore strongly favor a further price increase in the coming months and in 2021.

As Crypto News Flash has already reported, analysts like Josh Rager are also bullish about Ethereum. In his opinion, ETH could rise to over $800 by the end of the year. Data from the analysis company Glassnode also show that the hash rate for Ethereum has risen to an all-time high of 259 T/Hashes per second. 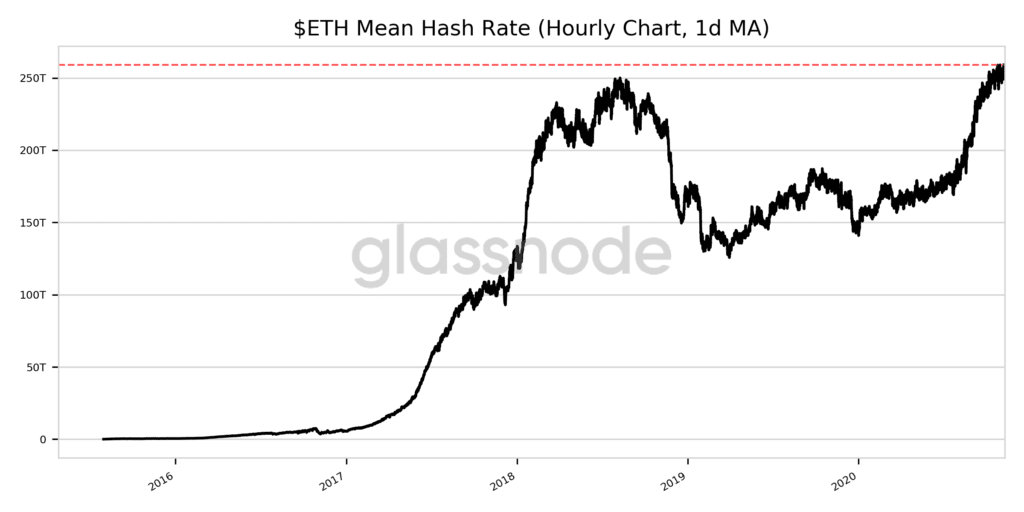 Furthermore, the number of active ETH addresses interacting with the network has risen to a new record high since October 2020. For this reason, Santiment also forecasts a further increase in the ETH share price.