As we already reported, the stock-to-flow model for predicting Bitcoin price forecasts by analyst PlanB is one of the hot topics of the scene. In a new tweet on September 14, the analyst states that the signs of the BTC/USD clearly indicate that Bitcoin is facing a massive bull run. According to the data of its now well known pricing model, “historical profits” are imminent for Bitcoin:

This is the 2019 time series model on historical BTC data only (no gold, silver, diamonds, real estate data used). You see the jump in model value at the halving (white line) and corresponding drop in S2F multiple / model error (white dots). Time to go up. 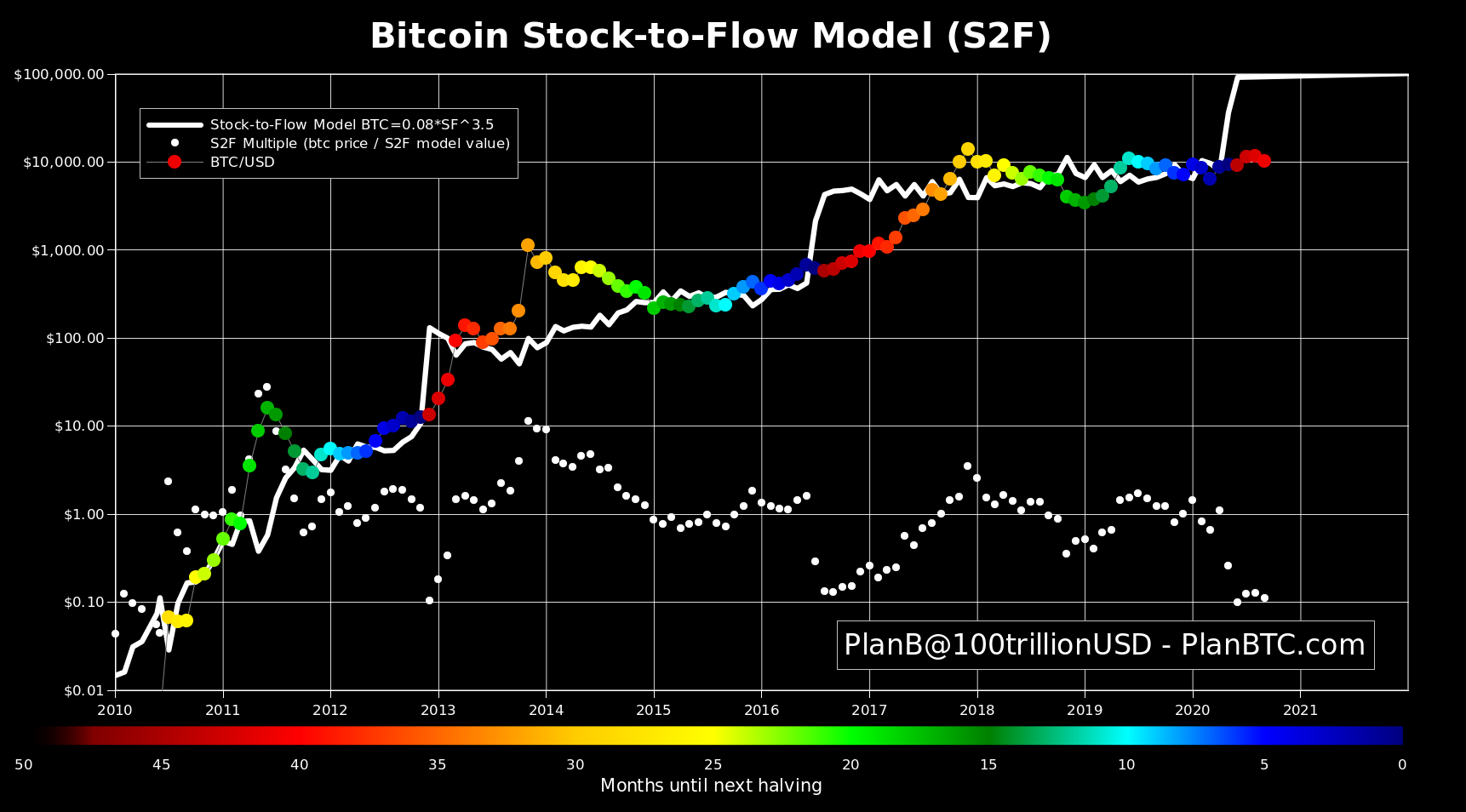 According to PlanB, the new model incorporates significantly more macro factors and predicts a Bitcoin price of $288,000 by the end of 2024. Big Chonis Trading also describes that Bitcoin follows a specific pattern and traders will therefore benefit from further gains now and in the coming days.

If Bitcoin manages to break through the $11,900 mark, there is no reason why BTC shouldn’t further rise to $14,000. As Big Chonis shows in the chart below, the consolidation phase may be coming to an end.

$BTC There’s the cup … now can you ‘handle’ the consolidation…#bitcoin pic.twitter.com/cKXX4XyKL1

Trader “Byzantine General” says that he also sees positive signs for a further price increase, but that many short positions have been opened and thus volatile price movements could be used to realize short-term profits. Investors should continue to be vigilant and use wisely placed stop-loss orders.

Binance chimpanzees are shorting the shit out of this pump.

They're just as much short now as right before the pump to 12k.$BTC pic.twitter.com/3JMM6uVaBf

Mike McGlone, Chief Analyst of the news service Bloomberg, is also bullish for Bitcoin and stressed that the strong price development of the precious metal gold will have a positive influence on Bitcoin. Recently, the Bitcoin/gold correlation reached a new all-time high and subsequently strengthened Bitcoin’s reputation as digital gold in times of crisis:

Less speculation vs. more organic demand forces are at play for the store of value, which indicates a healthy bull market.

Meanwhile, the well-known trader “The Wolf Of All Streets” states in a new tweet that Bitcoin is not a Ponzi scheme, but the endless printing of money. Due to the Corona crisis, central banks around the world have flushed billions upon billions into the market to mitigate the effects of the COVID 19 pandemic. Bitcoin could benefit from a continuation of current measures in the financial sector, according to Bloomberg.

On Wednesday the US central bank, the Federal Reserve, will announce what further measures are planned for the coming months and how the current situation in the United States of America is to be handled.