China is not a fan of cryptocurrencies – that much is clear. After instigating a purge on Bitcoin miners, the country is now setting its sights on stamping out the industry as a whole. China’s central bank has declared that all cryptocurrency transactions are illegal.

In an update today, the People’s Bank of China said that all services offering trading, order matching, token issuance and derivatives trading for digital currencies are strictly prohibited in the country.

The bank is also getting tough on overseas exchanges, some of whom have continued to serve Chinese residents despite a multi-year crackdown. “Overseas virtual currency exchanges that use the internet to offer services to domestic residents is also considered illegal financial activity,” it stated.

And that’s not all – the apex bank is targeting Chinese residents who work for these overseas exchanges as well. It stated that such workers are also subject to prosecution for their role.

The new measures are expected to have a devastating effect on over-the-counter trading platforms in China. OTC platforms have become increasingly popular in the Asian country as traders seek creative ways to bypass regulatory hurdles. These platforms match orders on their websites and then leave the traders to remit payment via other platforms such as Ant Group’s Alipay.

OKEx and Huobi, both formerly China-based, are the market leaders in the OTC market, with Binance also having a considerable market share. It remains to be seen if the three will shut down their OTC desks in China. 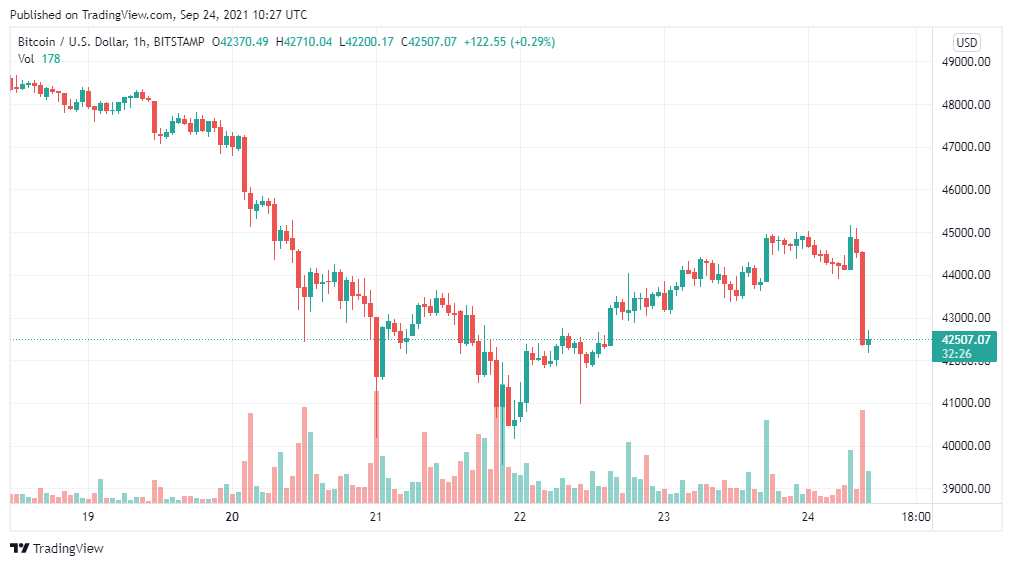 One expert believes that the drop was expected and could spark an overall bearish market. Joseph Edwards, the head of research at cryptocurrency broker Enigma Securities told Ireland’s RTE:

Crypto markets are in an extremely frail state overall, and these sorts of downswings speak to that; there’s a degree of panic in the air.

According to him, the Chinese government has done a poor job in establishing a clear regulatory framework for the cryptocurrency industry. While it has barred financial institutions from handling crypto-related transactions and banned ICOs, it has yet to issue definitive guidelines for the industry.

“Crypto continues to exist in a grey area of legality across the board in China,” he observed.