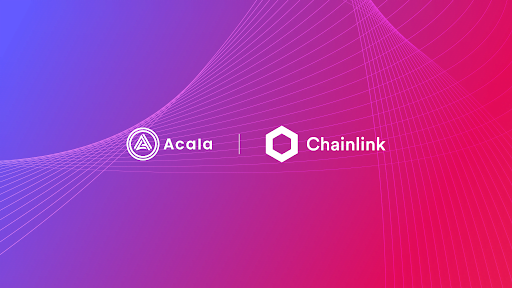 The Polkadot ecosystem is growing at a breathtaking pace, with numerous parachains set to launch and finally bring to reality the interoperable blockchain ecosystem. One of the first to launch will be Acala, a multi-chain DeFi network that will offer a dApp platform on Polkadot. And now, Acala has announced that it will integrate the Chainlink Price Feeds.

Oracles are one of the foundations of DeFi, and Chainlink is the undisputed leader in the field. It gives developers access to tools that allow them to tap into price oracles for a wide range of asset prices. It backs this up with high-quality data, low latency updates and a robust underlying infrastructure that’s tamper-resistant. Chainlink has been a key part of the rise of DeFi, and while this has mostly been left to Ethereum, Polkadot is out to claim its share of the pie.

In its press release, Acala revealed that it has been working with the Chainlink team for some time now on the integration. This process was given a boost by the launch of the Chainlink Oracle Pallet, a plug-and-play solution that became available to the Polkadot ecosystem in April.

In addition to its own integration, Acala also integrated the Chainlink Price Feeds into Karura, its sister network on Kusama “where extensive stress testing has taken place in preparation for the Acala’s launch on Polkadot.”

There’s no question that DeFi is the future of the digital currency industry. It has allowed users to get away from the central entities that have had a stranglehold on the financial system for centuries and transact directly with each other.

Acala wants to bring this revolutionary concept to the Polkadot ecosystem. The multi-chain DeFi platform allows its users to stake, swap lend, borrow and earn from their tokens with minimum fees. This will be critical to its success, especially with DeFi on Ethereum finding the high fees on the network to be their Achilles’ heel.

Some of the features that the Chainlink oracles will bring to Acala include: