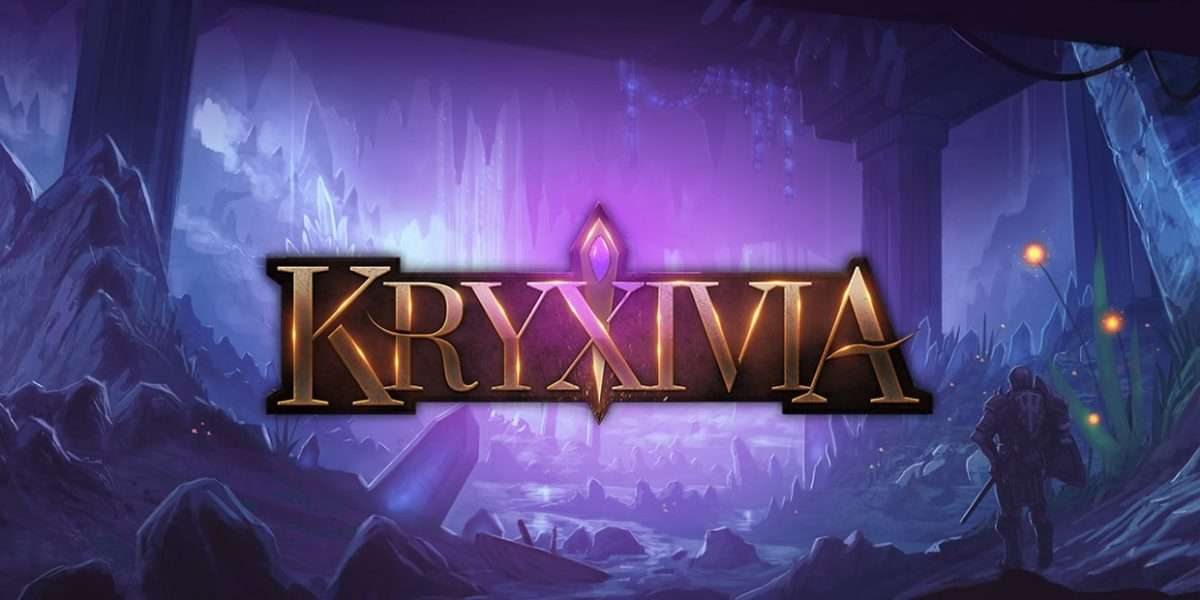 For decades, gamers around the world were playing games in their free time, enjoying the experience of single-player games and hanging out with friends in multiplayer ones. All that lacked from that experience was the ability to earn money while playing.

However, thanks to the cryptocurrency industry, this is no longer a fun idea, but an actual way to earn income while having fun, and Kryxivia emerged as the new game that offers just that.

What is Kryxivia all about?

Kryxivia is a new 3D NFT MMORPG web game based on blockchain technology that brings the emerging play-to-earn experience to gamers around the world. Like all popular MMORPGs, the game allows you to create a character, start from scratch, and work your way up while exploring its world, clearing out dungeons, and having fun with your friends.

However, while all other games only let you do these things for fun alone, Kryxivia’s world is actually filled with unique items that come as NFTs. As such, they can be removed from the world and traded on decentralized marketplaces throughout the crypto industry, allowing you to earn a hefty income in exchange.

Of course, it is also possible to find the project’s native cryptocurrency within the game and earn directly. You can then stake these tokens, exchange them for some other coin, or use them to purchase in-game items that someone else is offering.

Like any good fantasy game, however, Kryxivia has a very interesting and innovative magic system that comes from magical gems called Kryxits. Collecting Kryxits is the real goal here, as they provide players with a variety of magical abilities, and can also be exported and traded as NFTs. Alternatively, you can just deposit the loot that you pick up into the bank of the Kryxivia City, which is essentially how the project’s staking mechanism works.

Kryxits are special gems that you can farm in a mountain near the Kryxivia City. The mine actually consists of a number of dungeon-like rooms filled with enemies, and controlled by bosses. In defeating these bosses, players receive special loot that may include Kryxits, KXS tokens, or other items that can be sold in an in-game auction, stored, or taken as NFTs to other marketplaces.

For the time being, the players are focusing on extracting the gems that provide them with magic, although the project also plans to add a PVP system in due time, which already has many of its users very excited. There is plenty of competitiveness in the game, and the tensions can already be felt, so a PVP system will be a welcome addition to the platform.

Joining the game is actually quite easy, and all it takes is for players to create a MetaMask wallet and confirm that they are the owner of the address. This is done by going to the game’s website, clicking on the Play button, and then connecting your wallet. A wallet confirmation will then take place, requiring the owner’s digital signature verification, but after that, you will be ready to download the game and start playing right away.

A look under the hood

According to the Kryxivia lite paper, its world is combined with blockchain technology in order to empower accessibility and ownership of data and in-game objects. The game can be accessed via any modern browser by going to Kryxivia’s website, which uses WebGL technology with low-polygon design style, which allows for a scalable online browser game.

The project relies on both a centralized and a decentralized gateway. As you login and connect to the game’s world, a back-end server will bridge your decentralized NFTs from your wallet to the server that you are using. The API then makes the gateway link between the wallet and the server. All that you own within the game, including characters, items, and spells will be represented in NFTs and on the project’s centralized ACID database, which will allow for in-game use and modifications.

Meanwhile, the game will actually rely on two currencies, one for in-game activities, called Kryxit Shard (KXS) while another will be the project’s main token, used for on-chain activities. This one is known as Kryxivia coin (KXA).

The KXA token has a max supply of 250 million coins, where 3% will be used for network hosting, game client, and server engine costs. Another 5% will go to marketing and incentives to boost the audience, and 2% will be used for in-game events rewards. 1.5% will go to staking funds, 12% for developers, 20% for the private token pre-sale, and 20% for a private token sale.

Finally, 15% will be used as ecosystem funds for extra operations, and 21.5% will sit in the treasury, as reserve funds.

The project also has quite a developed roadmap, and so far, it has been following it quite well, achieving all goals within deadline and quickly proceeding to the next ones.

The growth of crypto and blockchain continues on a daily basis, boosting adoption, bringing in new products and possibilities, and increasing the potential to earn and step away from the limitations of traditional finance. Best of all, it allows people to do things that they love, and still earn money while doing it.

The gaming industry is huge, and full of potential for a reason. It is fun, it provides many with a way to relax and escape everyday troubles for a while, as well as to experience amazing new worlds, stories, and explore them with friends, or even on their own. This allowed it to grow, and this continues to boost its growth beyond what anyone expected to see only a few short decades ago.

Now, it is getting closely tied to the financial industry of the future, and becoming one of its biggest supporters, which is very exciting to see and participate in for anyone who participates in the gaming industry in any way.