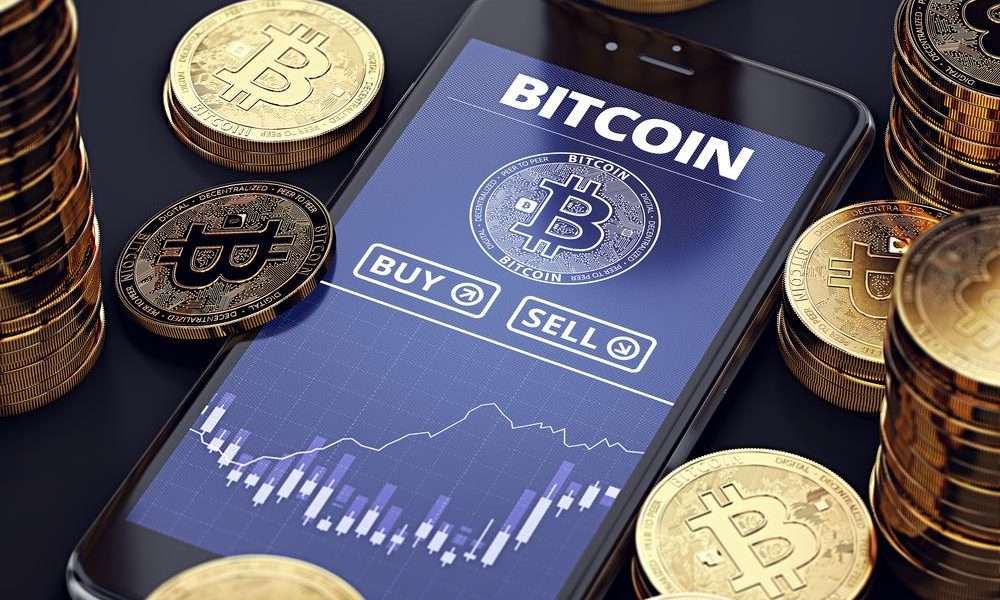 Stimulus checks have started rolling in for Americans and as per a new survey, Bitcoin could be one of the biggest gainers. The survey found that over 10% of the money Americans receive will go towards purchasing the cryptocurrency, as well as investing in stocks.

According to the Internal Revenue Service, citizens who chose to receive their stimulus via direct deposits started receiving their money over the weekend. Those who chose debit cards and paper checks will receive them this week. Most of the money will go towards necessities as families struggle due to the pandemic.

However, a survey by Mizuho Securities found that close to 40% of Americans will invest a portion of their stimulus. The survey polled 235 people, all making below $150,000 a year, making them eligible for the stimulus. 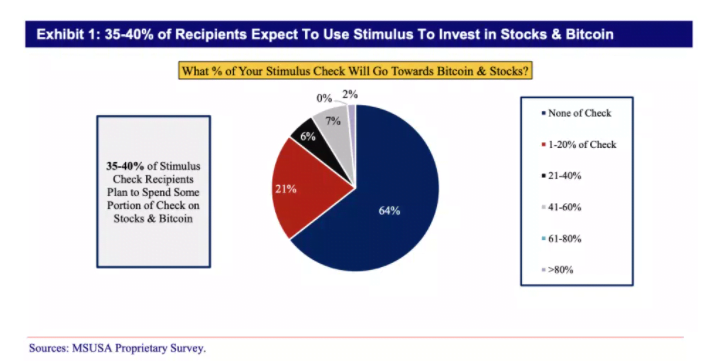 Dan Dolev, the managing director of Mizuho Americas, commented, “Bitcoin is the preferred investment choice among check recipients. It comprises nearly 60% of the incremental spend, which may imply $25 billion of incremental spend on bitcoin from stimulus checks. This represents 2-3% of Bitcoin’s current$1.1 trillion market cap.”

Dolev appeared on CNBC’s Power Lunch where he further discussed the findings of the survey. He admitted that the findings surprised him, especially with regard to the overwhelming support Bitcoin got from respondents.

I was very surprised as well, but those are the results. 60% of those individuals said they would invest in Bitcoin and only 40% are going to invest in stocks. So, Bitcoin is an even bigger investment vehicle, surprisingly to me and my team, than stocks.

Aside from the direct investment in Bitcoin, the analyst believes that there are some other listed companies that might benefit from the stimulus checks, mainly because of their association with cryptocurrencies. They include credit card giants Visa and Mastercard, as well as PayPal and Square, two platforms allowing users to purchase Bitcoin.

Bitcoin has been one of the best investments over the past year, outdoing stocks and commodities by a huge margin. Since Trump issued the first stimulus checks in April last year, BTC has shot up from $7,000 to now trade at $55,800. Those who bet on Bitcoin back then have gained over 700% return on investment.

This is not the first time Americans have rushed to buy Bitcoin with their stimulus checks. Back in April last year, Coinbase recorded a sudden spike in trading volume immediately the checks came through. As CEO Brian Armstrong shared at the time, there was a particular spike in purchases worth $1,200. Incidentally, this was the same amount Americans were receiving in stimulus checks at the time. 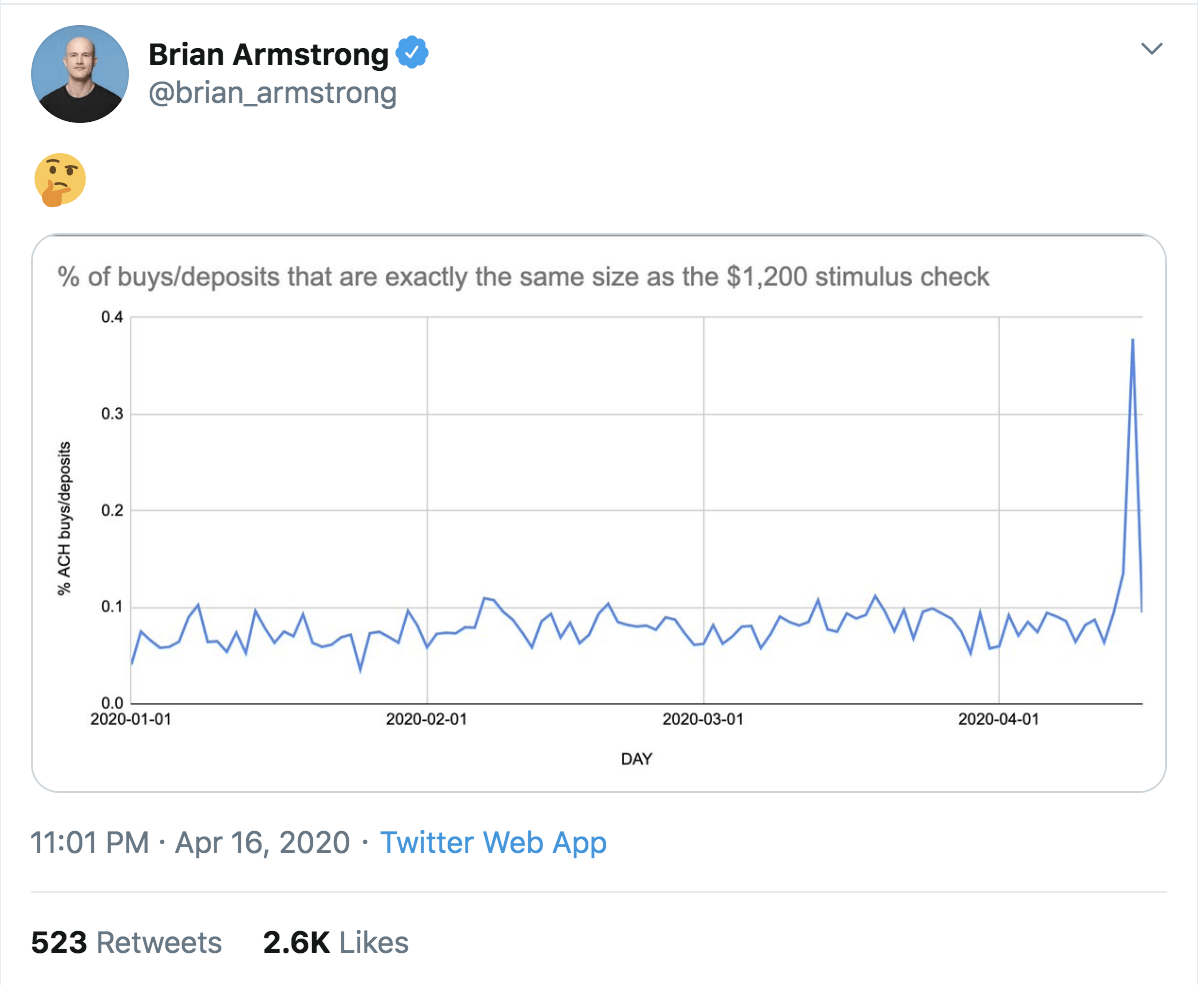 Coinbase wasn’t the only exchange that saw a rise in $1,200 BTC purchases. A Binance US spokesperson told CoinDesk at the time, “People do seem to have deposited exactly $1,200 into Binance US in the past couple of days.”